The reasons for interoperability failure are numerous. Different schemas, encoding sets, dictionaries, MoSCoW (Must, Should, Could, Won’t), CRUDE (Create, Read, Update, Delete, Exchangeable), document types, and enumerations. Until the vendors are required to align to a standard — the whole standard — they will not align. We also have a problem with how the documents or calls are made. Some vendors have the ability to deliver a longitudinal record selectively, others dump the whole file. Imagine a 6-8 year patient with multiple conditions and frequent visits. Take that same patient and realize that several of the technologies do not align the disease/treatment — so that longitudinal record is degraded to pure data — maybe not so pure at that. Thus you have lost information or knowledge of the patient and degraded it down to text or data. (Mr. SemanticInterop)

Those grown people find “adulting” tiresome and unpalatable in the context of their own health and every other aspect of their lives. If they do not care, the clinician still is required to or suffer the reimbursement pain unless you are in the ED, where they cease being your patient when they leave. (David Perlmuter)

As for the continued drum beat of a single-payer health system,  we would only be trading one corporate master for another, one run by politicians with ever-changing motives. At least corporate healthcare companies have a single motive in mind – profit. Politicians care about votes and they will be taking money from these large corporate healthcare companies to insure they get those votes. The only way out is for physicians to take matters into their own hands and move away from the employed physician model. (Van Sims) 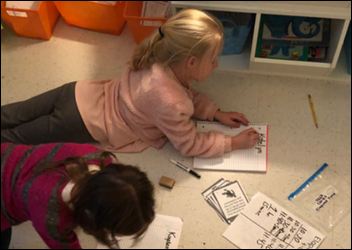 Readers funded the DonorsChoose teacher grant request of Ms. M in Georgia, who asked for math manipulatives for her third grade class. She reports, “Thank you so much for your generous donations to our classroom. Since receiving the supplies you helped us purchased, we have put them to good use! We use the sheet protectors every day in both reading and math. Students now have the ability to show their work without wasting paper by using the dry-erase markers we got, and it really helps to engage them in their learning. In addition to those supplies, the manipulatives we received have really helped transform our Guided Math centers. Students love using the color chips as counters as well as game pieces. Our classroom would not be the success it is without you, so again, thank you!” 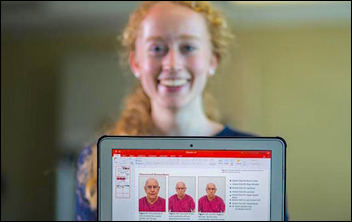 A 19-year-old who as a high school student noticed the facial changes of Michael J. Fox after he was diagnosed with Parkinson’s disease uses off-the shelf facial recognition software to develop a startup called FacePrint, which hopes to diagnose Parksinon’s from Facebook photos. Erin Smith has deferred her Stanford admission and is taking the product through clinical trials, also hoping to create a five-minute facial expression test that can be taken with any computing device that has a camera. 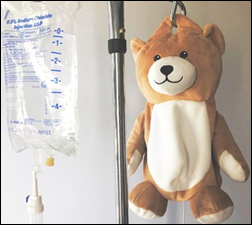 A 12-year-old girl whose autoimmune disease requires regular IV therapy invents Medi Teddy, an IV cover that is shaped like a teddy bear to keep kids from getting scared of the IV. She’s running a fundraising project to cover the cost of 500 of the bears that she will donate to other children in the hospital.

Investor Vinod Khosla, who said years ago that technology would replace doctors, doubles down in claiming that “radiologists are toast” and that any who are left practicing 10 years from now will be “killing patients every day” because machines will do their job better. He adds that it it easier to automate the work of an oncologist than a factory worker. 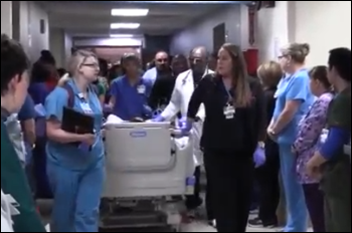 Employees of UMC Trauma Center in Las Vegas line the halls to pay respects to an 18-year-old organ donor who died in a motorcycle accident the day he picked up his high school graduation cap and gown. 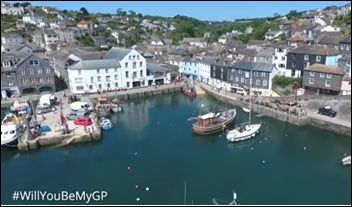 You could be the next “Doc Martin.” A fishing village in England creates a social media campaign (#WillYouBeMyGP) in hopes of recruiting a doctor to replace the one who is leaving. The brilliant promotional video features locals extolling the virtues of sunny Cornwall County and their hopes that a doctor will come there to take care of them. 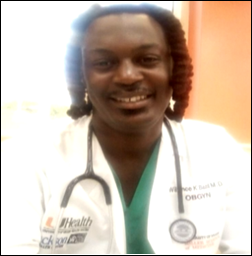 A Miami man with a long criminal record gets a cease-and-desist letter for walking around several local hospitals wearing a physician lab coat. He denies it, but he had also posted on Facebook a photo of him on hospital property wearing the coat, which contained his name, MD, and “OB-GYN.” He had also posted a photo taken at his claimed medical school graduation, although perhaps he should have realized that freshly graduated medical students would not have earned an “OB-GYN” credential before completing residency.