Other elements of the relationship include work with prior authorization, provider data sharing, sending claims information electronically, and providing clinical insights within workflow, such as possible diagnoses and health maintenance activities. 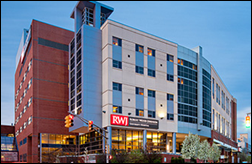 From Barnabas Rubble: “Re: RWJ Barnabas Health. Moving from Allscripts and Cerner to Epic.” Unverified. I reached out to CIO Robert Irwin, but haven’t heard back. That’s a great phony name, by the way.

From Grift Certificate: “Re: HIMSS. Stole the idea for your conference survival kits!” It was actually Arcadia’s idea for the survival kits going back several years – we just helped hand them out and they included our logo to be nice. I actually used the contents to get through the week. The HIMSS20 version from HIMSS will cost a sponsoring company $40,000 even though it’s not as cool as Arcadia’s judging from the photo of its contents. HIMSS must be desperate to stem the attendee headcount bleeding because anyone who pays to emblazon their logo on the kits also gets four full conference badges and 10 exhibitor badges. HIMSS is also offering other branded tchotchkes in attempting to monetize every object and space within a mile of the Orange County Convention Center. Its website says Athenahealth has already signed up to plant its name on attendee bags at a cost of $47,500, maybe because Virence Health paid for the HIMSS19 bags and announced as the show started that it was retiring that name and using Athenahealth instead (suggestion to the company – if your $47,500 buys the same crappy bags as you gave out at HIMSS19, please spend more for something people can use after the conference – isn’t that the goal?) I won’t have a booth at HIMSS20 because I can’t justify the cost, but I’m sure Arcadia will be handing out the kits as usual. Consistency is key in branding and this is a good example – I automatically associate Arcadia with the kits because they provide them every year and theirs are the best.

From Shrunk Costs: “Re: hospital cost. Why don’t we go back to the old days of paying them a cost-plus on top of their actual costs?” Because their actual costs are the problem. Hospitals spend enormous amounts on employees and buildings, and unlike for-profit businesses, they don’t have much incentive to cut costs since they’re just an impenetrable black box for which insurers are stuck paying (at least as long as a nearby equally desirable competitor doesn’t undercut them). Communities and patients love seeing the tall architectural wonders that non-profit hospitals buy with money taken from the sick people among them; they also love having hospitals as the biggest and probably least-efficient employer in their community. Limiting hospital margins by mandating cost-plus pricing is a drop in the bucket compared to cutting hospital financial waste. However, squeeze their margins in one area and they’ll make it up elsewhere since that’s what businesses are supposed to do. It will get worse as health systems sprawl by acquisition and exert more market control. Hospitals have unfortunately outgrown the honor system that used to keep prices in check before the nuns and empathetic locals ceded control to suit-wearing MBAs. 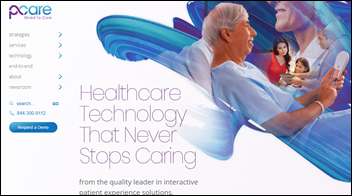 Welcome to new HIStalk Platinum Sponsor PCare. The Lake Success, NY-based company’s interactive patient experience solution helps providers engage, educate, and entertain patients across the care continuum, integrating with EHRs, patient portals, and mobile health apps to connect patients, families, and caregivers and to improve the lives of staff. It’s ranked #1 in KLAS’s Interactive Patient Systems for 2019 (and the three previous years as well) and can be deployed in an average of under 60 days. Patients get a personalized experience based on their orders, diagnosis, and their own actions that improves responsiveness, patient education, the care environment, and discharge and care transition. UPMC Children’s Hospital automated its patient education with Cerner integration, while Memorial Sloan Kettering Cancer Center integrated the PCare platform with a range of hospital technologies that manage RFID, HVAC control, dietary, and medical interpretation across multiple care settings. Thanks to PCare for supporting HIStalk. 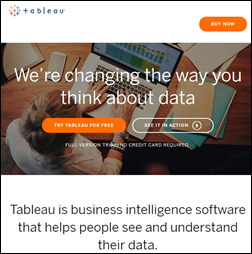 Salesforce will acquire analytics software vendor Tableau in an all-stock deal worth nearly $16 billion. Fun fact: Tableau co-founder Patrick Hanrahan is not only now a billionaire, he’s also an Academy Award winner from his movie work at Pixar. He says he works only 20% of the time at Tableau, preferring to spend the majority of day as a Stanford engineering professor.

This is good advice from the CEO of Box. Software vendors nearly always eventually overload their products with questionably useful and little-understood features, either to (a) differentiate the product from competitors and command a premium price; or (b) placate a small subset of vocal users who insist on adding fringe functionality that almost strays into custom software development. That second item is common with provider software since standardization across organizations is unheard of and everyone wants software to mimic their screwy processes from paper or other electronic systems. I might posit that the long-term success of a medical software vendor is to avoid pandering to clients (especially the loud ones from big hospitals) who demand the illogical and instead steer them toward the reasonable. A corollary would be that near-universal inpatient EHR adoption and the market shakeout to just a few dominant vendors has at least encouraged hospitals to standardize to the degree required to run off-the-shelf software. 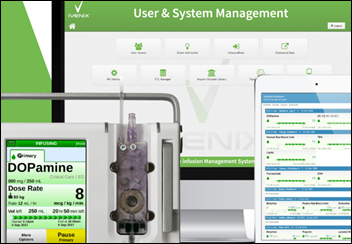 Invenix announces that its smart infusion system — designed from the ground up to meet FDA’s 2014 infusion pump guidelines — has earned FDA’s 510(k) clearance. The company says the new device has better usability with a smartphone-like user interface, saves nurse time, and adds patented adaptive control technology, all of which can reduce total cost of ownership by 40%. Legacy IV systems, including earlier-generation smart pumps, are involved with a lot of serious medication errors, so this is a pretty big deal. 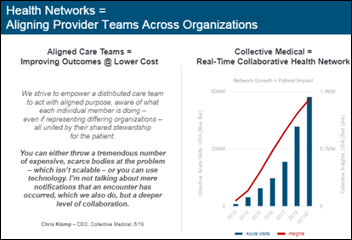 A study finds that patients who ask a hospital for copies of their radiology images are nearly always offered only a CD option, with 8% also offering emailed copies and 4% making them available via their online portal. Charges ranged from $0 to $75 for a single CD.

A review of the LinkedIn profiles of former Theranos employees finds that some of them ended up working for tech companies (Apple was the #1 choice) and pharma; some tried to hide their previous employer by labeling them as an unnamed “biotech startup company;” and a few made light of their previous employment in humorously describing their work there. Former executives Elizabeth Holmes and Sunny Balwani still list their current jobs as working at Theranos even though the company shut down last year and Balwani left in 2016, although I doubt many companies are reaching out to put them on their payroll. I’m intrigued that the company’s compliance manager (a lawyer and an RN) still lists active employment there. My LinkedIn search ended prematurely at that point now that the Microsoft-owned site has limited people searching unless you pay “as little as $47.99 per month,” odds of which in my case are exactly zero. Facebook is the master of nudging people to take profit-generating actions that don’t cost anything, while LinkedIn beats users over the head with hammer in forcing casual users to log in so they can harass them with “try premium now” messages that, along with LinkedIn user-generated unsolicited sales message spam, have earned it my vote for most annoying site. Footnote: as I’m looking at the Theranos logo, I realize it’s a word jumble for “Sheraton.”

Intermountain Healthcare and it outsourced revenue cycle vendor R1 RCM open their 30,000-square-foot innovation center in Salt Lake City, the “innovation” being technology solutions that get insurers and patients to pay up (just in case it sounds like something that is beneficial to patients or that will advance medical knowledge). I don’t know exactly what’s in there unless it’s computers, collection letter printers, and sacks of cash. 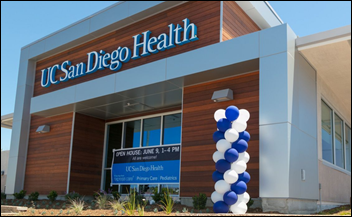 UC San Diego Health opens another of its “one-stop shop” comprehensive health centers, touting online “save my spot” booking, in-room 40-inch monitors so patients can see what the doctor is typing into the EHR, and UCSD’s mobile app that offers a location finder, provider look-up, directions and parking information, appointment booking, and Epic MyChart. 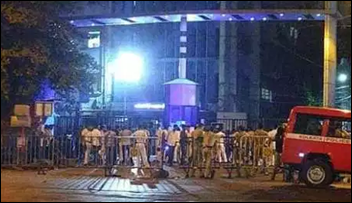 These reports always fascinate me. In India, the family of an elderly patient who died in the hospital ED attacks hospital employees and trashes the place, claiming that junior doctors were negligent and that handling of the patient’s body was delayed. One doctor was admitted to the hospital in critical condition, while 50 others later closed the hospital with a sit-in demanding better security. Bystanders say two truckloads of family members were joined by others to form a mob of 200 rioters who attacked the doctors as local police watched without intervening. The patient was a Muslim imam, and images being circulated suggest that a radical Muslim fundamentalist used social media to call for violence. I would like to think it couldn’t happen here, but I’m not so certain these days.