Tempus got a $3.1 billion valuation without any peer-reviewed data on the veracity of its precision medicine claims? Without any randomized clinical trials? Oh, well. We live in a world where a company putting out green color scooters on city sidewalks can get valuation in billions of dollars, so why not? (TempusInATeapot)

I’m still trying to get my head around why people insist that privately held companies that are still very profitable are “struggling” because revenues are down. The key being the slight decline in overall revenues was clearly predicted in advance. Maybe the major shareholders have a little heartburn because of unreasonable expectations borne out of the MU honey pot days, but the companies still are very healthy. (Smartfood99)

I had an interesting interaction with an insurance pre-auth department. They claimed that they needed my knee MRI report faxed to them because of HIPAA. I told them I didn’t have a fax machine, and why didn’t they have a secure portal for these? They again claimed HIPAA, but said there were several third party websites I could use to upload a PDF to and they would fax on my behalf, and better yet, some had free trial periods. (Bob Smith)

I did consulting about a decade ago for a teaching hospital that was being built to advise on how to make sure the layout promoted it being “EHR ready.” I was handed the outlines of the medical ICU floors and they had left so little space that they were either going to have to choose call rooms or tiny conference / charting rooms on the same floor. When I pointed that out, I was told that they couldn’t change any of that, and the space was going to be offices for the ICU leadership, so no call rooms or conference rooms. Turns out a committee had put together their high-level requirements and handed it to the architects who had returned these designs, and at that point, it was too late to make any changes. (DrM)

The brand new multi-million dollar building at our medical center eliminated conference rooms and working areas for clinicians. This means there is no place to sit at a desktop computer and actually do work or make phone calls. The computers in the patient rooms are ergonomic disasters. Plus, it’s difficult to concentrate and write efficiently when patients or families are asking questions. Patient privacy will be infinitely more challenging without any available private areas to discuss clinical issues. They did, however, install a faux fireplace in the oncology infusion center to make it seem more welcoming and homey. (Anonymous)

Is Epic still growing? Not if you read between the lines. Last year they said they hired 400 new employees. Now they say turnover is 10%, others say 20,% maybe it’s 15%. Either way that’s means replacing at least 900 employees per year. Looks like they may be cutting back or at best be in a holding position. Makes sense since Judy said a few months ago in a news article they are done building, and with the end of HITECH money, that juggernaut is over. The hospital market is clearly saturated, and a month or so ago, an Epic VP stated they want to move into other levels of care, like LTC, rehab, etc. But those markets are also saturated with some very well established vendors and Epic does not buy other companies. Is the writing on the wall? (HISJunkie) 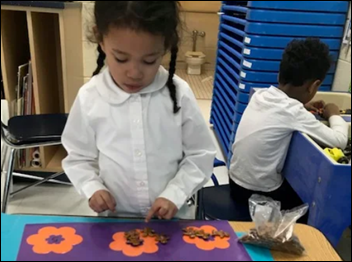 Readers funded the DonorsChoose teacher grant request of Ms. A in Washington, DC, who asked for math manipulatives for her pre-K class. She reports, “The math manipulatives you have provided will help to develop math skills during our center time and small group instruction. My kids are using the math manipulatives to practice counting, measurement and sorting. They are so excited to practice math now! Each student has a favorite manipulative they like to use. They like to make groups of five and 10, find out how many items are needed to make the scale go up or down and mix up all of the manipulatives and sort them according to shape, size, or feature. Thank you again for your donation and for making math accessible and fun!”

Security experts warn that hackers can modify the USB ports of airport phone charging stations, allowing them to access user data or install malware. The fix is obvious – use your wall charger instead. 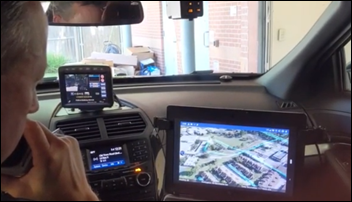 A startup is developing software that can be used to deploy a drone in response to reported incidents or 911 calls, allowing first responders a live look at a fire or accident scene within 30-90 seconds even though they won’t arrive for 8-15 minutes. 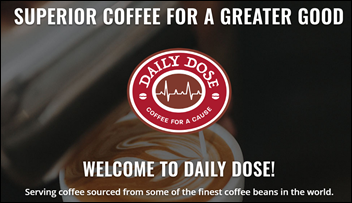 An orthopedic surgeon opens a coffee shop in the lobby of Lake Health Beachwood Medical Center (OH), with 100% of the proceeds being donated to a local charity that helps single mothers buy homes. The Ethiopia-born doctor is one of the highest-volume shoulder surgeons in the US.

The Chinese scientist who was widely condemned by his peers for creating the world’s first genome-edited babies says he’s getting inquiries from shady fertility clinics offering to pay him to show how he did it so they sell those services .

The Chicago Tribune profiles a practicing 100-year-old optometrist who says he has no plans to retire. “I work because I feel I’m doing some good … I enjoy it. It’s not work as far as I’m concerned.” 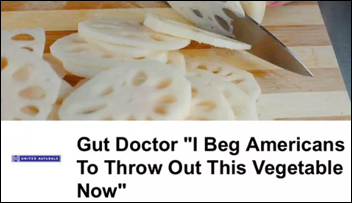 Fascinating: the doctor behind those ubiquitous online ads in which he begs us to “throw out this vegetable now” is found to be an integrative health MD who runs a variety of questionable websites that sell expensive herbal products and books for weight loss and constipation. He never says what vegetable everyone should throw it is and the ad uses photos of different ones, but it’s likely corn. The article also notes that the ads are known as “chumboxes,” sponsored pay-per-click content that baits people into clicking ads featuring miracle cures, ads triggered by the viewer’s IP address to offer what appear to be local services, and those that tease about something that is “weird.” Keep in mind that they exist only because people are stupid enough to click on them.