I’ve been following Diasyst for some time and was happy to see their recent win at the Webit.Foundation Founders Games in Sofia, Bulgaria. Diasyst was recognized as a finalist and was selected by Microsoft for Startups for $120K in awards to support growth, including assistance with investments and partnership development. Diasyst has an elegant solution that assists clinicians with diabetes management and currently partners with Emory University, the US Department of Veterans Affairs, and Georgia Tech. 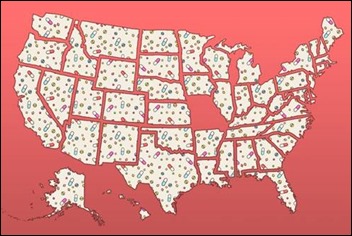 The state of Missouri closed its legislative session last week and remains the lone holdout in the US without a statewide prescription drug monitoring program. St. Louis County provides the leading workaround with its federally-funded voluntary PDMP; more than 70 additional jurisdictions including Illinois, Kansas, and Oklahoma share data with the system and it now covers 84% of the state’s population. Missouri legislators continue to cite privacy concerns as preventing Missouri from enacting PDMP legislations despite the support of new governor Mike Parsons. A Kaiser Health News piece covering the issue is worth reading. One of the main legislators who had opposed a statewide PDMP is a family physician, although he was finally term-limited. PDMP legislation has also been inexplicably tied up with gun rights issues. It should be noted that Missouri was also last to implement a statewide immunization registry. My favorite quote of the piece: “But if 49 other legislatures are saying ‘This is important, we need to save lives,’ I don’t understand why Missouri can’t find a way to compromise and do what’s best for its citizens.” 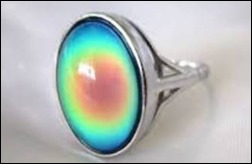 It’s already been mentioned in HIStalk, but I’m intrigued by Amazon’s foray into wearables that can read the emotion of the wearer. It’s a step up from a mood ring, but I wonder how well Amazon is really doing with understanding user emotions and experiences at present. The company needs to do a better job selling its data in a way that I don’t keep seeing ads for products I’ve already bought. The device would supposedly analyze user voice patterns to determine their emotional state. I’m just trying to get my Echo to recognize my commands when I’m moving across the room or when there is background noise.

Artificial intelligence continues to be a headliner for buzzword bingo and the US government continues to expand spending. Early adopter agencies such as the Defense Department, the General Services Administration, NASA, and the Department of Health and Human Services are using AI to reduce backlogs or increase productivity of existing workers. Additional departments looking to leverage AI include the Departments of Agriculture and Veterans Affairs, along with the National Institute of Standards and Technology. Additionally, the Patent and Trademark Office wants to use AI to screen patent applications against more than ten million patents already on the books.

A recent report on federal AI adoption highlights the need to make sure agencies have solid business cases for AI and that they’re not building solutions in search of a problem. It also notes that government needs to get “beyond the belief that AI is magic. It’s not – it’s something that’s evidence-based that uses data.” The report also calls for a unified ethics framework that addresses difficult issues around AI transparency and accountability. Previous projects involving analysis of drone footage have been controversial. 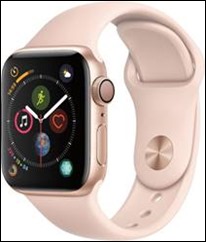 The US Food and Drug Administration (FDA) is fast-tracking an Apple Watch app to help individuals who experience nightmares from post-traumatic stress disorder (PTSD). The NightWare app uses biometric data collected during sleep and processes them with machine learning algorithms to identify the onset of nightmares. Vibrations are triggered to interrupt the nightmare without waking the user or interrupting sleep rhythms. The FDA granted “breakthrough status,” which is typically granted for life-threatening conditions with no approved treatments. Nightmares and nightmare disorder are linked to increased risk of suicide, heart disease, diabetes, memory loss, anxiety, and depression. An estimated 5 million Americans suffer from nightmare disorder. NightWare is conducting randomized clinical trials prior to applying for FDA priority review.

I’ve noticed an increase in the number of elderly patients who don’t have family nearby. They may continue to drive past the point where it is safe because they don’t want to be dependent on taxis or ride share services. As the Baby Boomers age, self-driving cars may be an appealing way to stay independent. IBM and British startup Cera Care are taking a deeper look at using the technology off the road to help elderly patients navigate within their homes. They plan to use lidar laser sensors from self-driving cars to monitor patient movements and daily routines. A change in movement patterns may indicate physical deterioration, psychological changes, or a fall. Lidar sensors are expensive at approximately $1K per room, but developers expect costs to fall over time.

The University of Michigan finds that the DNA of new doctors ages six times faster than normal DNA during the critical internship year. Researchers looked at segments of DNA called telomeres, which keep the ends of chromosomes intact. The interns were compared against a control group of college students. The study showed that telomeres in stressed subjects shrank in an accelerated way. The data could be applicable to other populations exposed to prolonged stress such as military trainees, new parents, and those working for startup companies.

I had the chance to connect with an old friend and industry vet this week. It was great to catch up and to commiserate about the problems we’re trying to solve out in the client community. Some of the issues we continue to run across include clients who want to do the wrong thing despite our best advice, such as failing to flag deceased patients in the system. Nothing says “patient engagement” like a family receiving a colonoscopy reminder after their loved one has died of colorectal cancer. As we use increasing amounts of information across numerous applications and data streams, the need to ask “is this the right thing for the patient” becomes more important.

Does your organization constantly keep patients at the forefront? What are your pitfalls or a-ha moments? Leave a comment or email me.