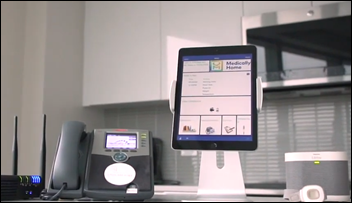 The company says that its remotely monitored “virtual hospital room” that it sets up in the patient’s home saves the 60% of the expense of hospitalization that is related to fixed costs, such as buildings.

From Hospital Digital Marketer: “Re: Google. Did they ban healthcare systems from posting star ratings for doctors in search results? We pay a lot to our survey vendor to post these on our website, but the stars disappeared after Google updated its search engine results pages.” I’ll invite marketing folks to weigh in since this isn’t something I follow.

From Pendulous Appendages: “Re: management. What eventually happened to your software vendor employer manager who refused to alert customers to a problem that put patients in harm’s way?” I Googled him and turned up nothing, leaving me free to speculate hopefully that karma found him despite his apparent corporate fast track back then. I did locate his boss, the corporate suit who was parachuted into our office as a 20-something newly minted executive assigned to lend his vast knowledge to our failing operation – he later became CEO of several large healthcare companies (one of which he took public, another of which was sold to an especially scummy drug company) and is now an investment company partner. My takeaways from this:

I occupied some of my time over the long weekend with binge-watching: all but the final couple of episodes of ”What/If” and continued progress on “Justified,” both of which I recommend for unchallenging yet engrossing entertainment. Next up is “High Seas.” It’s fun that so many series are available on the streaming services we use (Netflix, Hulu, and Amazon Prime) that when someone asks you what you’re watching or vice versa there’s an 80% chance the other person hasn’t heard of it, unlike the old “three networks” days when everybody talked about the same shows. I didn’t realize until getting engrossed in “Justified” that it’s an old series, having run on FX from 2010 to 2015, magically reborn to feed the streaming beast.

I was browsing on my Chromebook as I often do (because it’s light and small, just right for a break in the easy chair) when I recalled that Microsoft Office 365 contains fully functional Web versions of the suite (Word, Excel, OneDrive, etc. – everything except Access) that run just fine on it. I could do nearly everything I do on a full Windows desktop on the Chromebook, although “nearly” still prevents a full switch. I suppose I could just get a small, lightweight laptop for these situations, such as a Surface, but I don’t really need one.

Welcome to new HIStalk Platinum Sponsor Google Cloud. Solutions include unified, HIPAA-compliant and HITRUST CSF-certified data storage with Cloud Healthcare API access; the BigQuery managed, server-less data warehouse; the Cloud Machine Learning Engine and TensorFlow for building and training custom models; collaboration tools such as the G Suite productivity suite and Chromebooks; and Cloud Healthcare API and Apigee Healthcare APIx to bridge systems and applications with FHIR and DICOM support. Customers include Cleveland Clinic (extending its EHR and performing analytics via APIs); Lahey Health (collaboration); Hunterdon Healthcare (collaboration); and Colorado Center for Personalized Medicine (data warehouse for patient and genetic data for personalized diagnoses and treatment as well as research). Rush University Medical Center powers its MyRush app with Google Cloud, improving customer experience and patient outcomes with API-enabled services, use of 250 analytics variables, and management of the access gateway with OAuth, validation policies, and traffic management. Google Cloud offers a free tier that provides everything from storage to development tools, APIs, and analytics. CIOs can connect with the company at CHIME’s Fall CIO Forum in November. Thanks to Google Cloud for supporting HIStalk.

Here’s a panel discussion on “The Future of Health” from Google’s just-concluded Cloud Next 19 developer conference.

Change Healthcare files an amended prospectus for a $200 million IPO, double the value of its mid-March filing.

Apple reportedly acquires Tueo Health, which is developing an app to monitor the nighttime breathing of asthmatic children. The deal was supposedly done in late 2018, but nobody noticed until now. 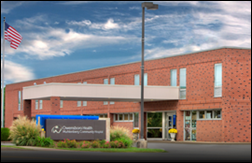 Muhlenberg Community Hospital (KY) replaces Meditech with the Epic system of its corporate parent, Owensboro Health, with the project coming in under budget at $2.3 million.

A Kaiser Health News analysis reviews whether the reduced cost involved with healthcare overhaul could wipe out “the industry” (meaning providers, insurers, and others) that provides 20% of the country’s employment. The article quotes economists who previously worried that the bloated and growing healthcare sector was being used as a “wildly inefficient jobs program” to drag the country out of the Great Recession. A healthcare economist observes that hospitals make up the top six employers in Boston and two of the top three in Nashville, with the main source of healthcare cost savings being layoffs that he estimates would impact 2 million people, equally split between providers and insurers. Another economist agrees, but says high healthcare costs sap non-healthcare industries in ways that can’t be easily measured.

I missed this earlier: HHS OIG report finds that ACOs (of the six it studied) that run a single EHR are able to to share electronic data in real time, whereas those using multiple EHRs are limited to phone calls and faxes. The report also notes that care coordination outside the network is hard even with HIEs (since they provide limited data) and that most ACOs aren’t using analytics to personalize care.

A federal lawsuit questions whether hospitals are sidestepping anti-kickback laws by overpaying the salaries and perks of doctors they hire whose test and procedure volume generates hospital profits that exceed their specialty-specific losses. It highlights the aggressive practices of Wheeling Hospital (WV) to increase its market share, which include directly tying physician compensation to the hospital revenue they generate and hiding doctor payments within office lease terms that give some doctors incomes that are multiples of what their private practice counterparts are making. Meanwhile, CMS dropped the hospital’s quality star rating to one, the lowest possible score.

A study estimates the annual cost of physician burnout at $4.6 billion, or $7,600 per doctor per year. Now that WHO has added “burnout” as a rather vaguely defined ICD-11 diagnosis (symptoms: exhaustion, negativity, and reduced productivity), let’s hope we don’t medicalize it by paying for questionable treatment that then creates consumer demand as we’ve done for other newly defined conditions – we don’t want doctors to burn out from treating doctor burnout.