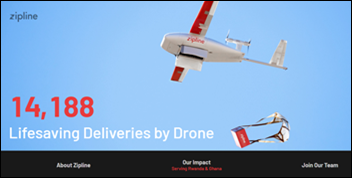 California-based drone-delivery company Zipline announces $190 million in funding and plans to expand its healthcare-focused service to the US, starting in North Carolina.

Founded in 2011, the company initially focused on delivering vaccines, blood products, and medications to remote clinics in Rwanda and Ghana. CEO Keller Rinaudo says Zipline is now ready to provide similar services to remote areas in the US: “People think what we do is solving a developing economies problem. But critical-access hospitals are closing at an alarming rate in the US, too, especially if you live in the rural US.” 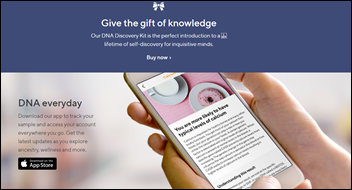 Helix lays off employees and closes two of its four offices after announcing earlier this month that it will pivot from direct-to-consumer DNA testing to a provider-focused population health management business. The company has raised $300 million over the last four years. Its most high-profile contract seems to have been with organizers of the Healthy Nevada Project, which had promised last spring to hand out Helix testing kits to 40,000 of its public health data project participants.

Global imaging and IT company Agfa considers selling off the health IT and integrated care parts of its European healthcare business, the most high-profile part of which is its Orbis EHR. Analysts believe potential acquirers could include Cerner, Philips, or CompuGroup Medical, which made a purchase offer in 2016.

Mona Hanna-Attisha, MD receives the inaugural Vilcek-Gold Award for Humanism in Healthcare from the Vilcek Foundation and The Arnold P. Gold Foundation. The pediatrician discovered Flint, Michigan’s lead poisoning crisis by analyzing patient data in Hurley Medical Center’s Epic system. She has donated the $10,000 prize to the Flint Kids Fund. 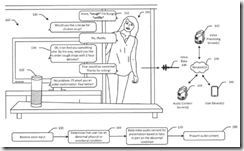 Reports surface that Amazon is developing a voice-activated wearable capable of detecting emotion that may also offer users advice on how to interact with others. 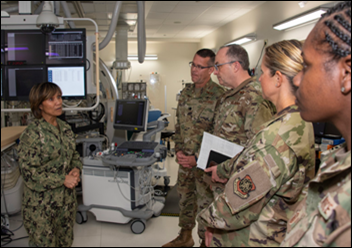 Travis Air Force Base’s David Grant USAF Medical Center (CA) will go live on MHS Genesis, the DoD’s new Cerner-based system, in September. Other facilities in the initial wave of implementations will include Naval Air Station Lemoore and US Army Health Clinic Presidio of Monterey in California, and Mountain Home Air Force Base in Idaho.

Indiana-based Medical Informatics Engineering will pay OCR $100,000 to settle HIPAA violations stemming from a 2015 data breach that impacted nearly 4 million patients. OCR’s investigation determined that the EHR vendor hadn’t performed a thorough risk analysis before hackers broke into the system using a compromised user ID and password. Other sources have said the company ignored the recommendations of a cybersecurity firm hired at the beginning of 2015, which included strengthening weak login credentials created so that end users didn’t need individual user names and passwords. The company was named in a multi-state December 2018 lawsuit brought by 12 attorney generals over its lack of health data protection. 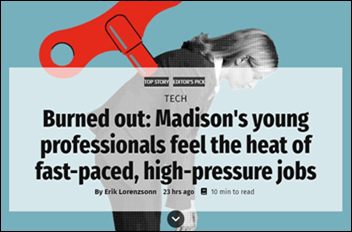 Burnout exists in the IT trenches, too, according to a local Madison, WI news outlet. It dedicates a good chunk of copy to the complaints of former Epic employees who have moved on to greener, less grueling pastures. Rachel Neill, CEO of health IT staffing company Carex Consulting, says Epic experiences a 20-30% churn in employees each year, with the majority of replacements coming straight out of college. “They’re looking for someone who can keep on going, going, going until they can’t any more,” she adds. Epic disputes that claim, saying that its actual voluntary turnover is about 10% per year, which is below average for companies in health IT specifically and in the Midwest in general, and that employees work about the same hours per week as salaried US employees overall. Epic Director of Human Resources Allison Stroud believes that most employees feel “happy and challenged, which ends up being one of the best ways to prevent burnout.”