Any complex software that you spend a lot of time in, you’d better learn it well. Most people do that but if you invest your time in resentment instead, you get nowhere. For highly skilled software users, they memorize key application pathways. It becomes second nature to them, to the point they don’t even think about it. Then for every work task, the only application questions that arise are: 1). Do I already know how to do this? 2). If I don’t, do I think my application can do it and I just need a nudge to get there? (Brian Too)

Cerner has this as well, it is called the Lights On Network. A current customer can log into LON (Lights On Network) and look at all of their timers, usability metrics, playbook scores as well as compare themselves to other like-sized Cerner Customers. It is a very useful tool if you choose to use it. You can see how many clicks it takes to fill out documentation, the amount of time a physician takes for a particular process and you can drill down into the individual users to determine who may be struggling or not even using the system. It is a very underrated tool. (Associate CIO)

Patients want to know who is grabbing their info. Follow-up: that part of the law got specifically wiped away. It’s also noted in the first comment of the proposed rule (long document, but it’s in there). (Richie)

As a former EHR implementer, specifically into physician practices, your article is honestly depressing. These are the EXACT same physician complaints that I heard when I was implementing over 15 years ago! NOTHING HAS CHANGED. You hit the nail on the head. Many docs are all too eager to blame the EHR for problems that have always been there (overscheduling, refill management issues, unwillingness to change habits). I worked with those groups for years and honestly gave up on it because I felt we couldn’t ever really win, as the EHR vendor. (Kallie) 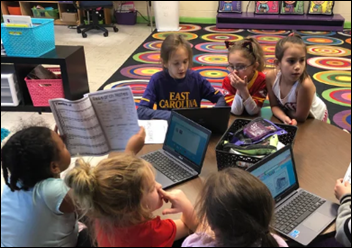 Readers funded the DonorsChoose teacher grant request of Ms. H in North Carolina, who asked for five laptops for her first grade class (they were out of school for six weeks following school damage from Hurricane Florence). She reports, “We absolutely love our new laptops. We use them every day. We are so very thankful for you kind generosity to our classroom. It has helped our learning in. So many different ways. Our new laptops have sparked so much new learning for all of my students.”

Journal of Hospital Medicine publishes a fun, informative article titled “I, EHR” that is written from the EHR’s perspective to its physician users. It includes tips for integrating an EHR into practice – explain to the patient what you’re doing in the EHR, stop typing and listen when the patients starts to tell a relevant story, use the EHR’s data and images to illustrate medical talking points, and add a photo of the patient and personal information about them to add richness to notes. It concludes,

I know I am annoying. I am over-programmed, leading to novella-length notes, “pop-up fatigue,” and overloaded in-baskets. Clearly, I am not the brains of the partnership (that will always be you). But talented medical informatics specialists are working hard to improve me. I dream of the day when I will create a truly seamless experience for you and your patients. In the meantime, I can foster a continuous integration of workflow, where all you have to do is talk to your patient. I take care of the rest … The future holds even more promising ways in which we may work together. My computer-aided image analysis could help you to improve the accuracy of your diagnoses. Perhaps telemedicine will further increase access to specialists in rural areas, so that we can continue to serve the most vulnerable populations. Machine learning algorithms may continue to enhance our ability to determine which patients require urgent hospitalization.The possibilities to put me to work are endless. 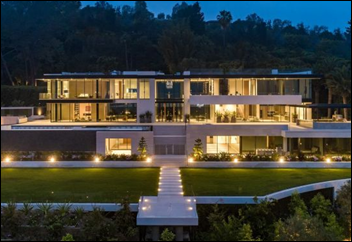 CNBC describes the 34,000-square-foot Bel Air mansion built by a celebrity nose job plastic surgeon who expected to flip the $70 million property into a $180 million sale. His mistiming was spectacular – the luxury market was glutted and foreign buyers became scarce, so now he’s hoping to unload at $120 million, which would still net him $60 million in cash. The house next door that was listed at $250 million has been cut to $150 million. The doctor says he’ll just live in the house if he can’t sell it – he would just need to sell his existing $20 million home first. It’s hard to fathom that all of this excess is funded solely by people who don’t like how their noses look. 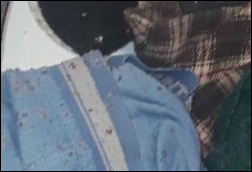 Henry Ford Hospital says that someone stuffed an ED patient’s lice-infested clothes under the pad of a gurney, leading to a PR nightmare incident in which a patient who was the next gurney’s occupant was found covered in the bugs.