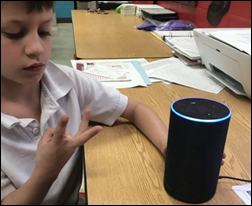 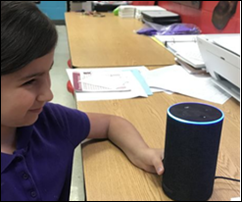 Reader donations funded the DonorsChoose teacher grant request of Ms. M in Louisiana, who asked for an Amazon Echo for her rural kindergarten classroom. She reports, “You would never believe how much these students have learned with the Alexa already! We have only had her a couple of weeks and she has helped them become more fluent in science skills, ELA, and math. She gives them trivia questions related to current events, environmental science, and random topics each day. We have practiced Sight Words, danced with her, counted with her, and she even tells us the weather each day. I truly believe it’s because while she is talking, they listen. She has even made them laugh several times. We love the Amazon Alexa, and you for donating to our classroom!!!”

Thanks to Mark and Chris for their new donations, with which I funded (with matching funds from my anonymous vendor executive and a foundation) a mobile STEM station for Mr. S’s kindergarten class in Dallas, TX. He responded nearly immediately to say, “I just want to offer my sincerest thanks and gratitude for my class’s new STEM center and building blocks. With these new materials, we will be able to do all sorts of new experiments with my little scientists that will open the doors to a world of scientific exploration! I cannot express how excited I am start ‘sciencing’ with my kids when we get back from the holiday break. Once again, thank you so much for making 13 little explorers very happy!” 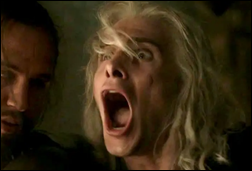 Tongue-in-cheek researchers publish an ICD-10-coded analysis of how the characters on “Game of Thrones” died, accounting for how the 56 percent of 330 characters met their demise (only 1 percent of them from natural causes, since hey, who wants to watch that?) Three-fourths of the deaths involved succumbing to injuries ranging from wounds, burnings, and poisonings. Median character survival was 29 hours, with the most unfortunate character expiring after just 11 seconds. On a more serious note, the authors conclude that the development of nation-states with infrastructure and trade programs have led to the decline of violent deaths from 40 per 100,000 in the middle ages to 3 per 100,000 today.

Hundreds of email and phone bomb threats cause hospitals and other business in the US and Canada to evacuate, with bitcoin payment demanded to prevent detonation of hidden explosives. It’s a physical version of ransomware, except in this case, it’s a hoax. The messages appear to have been sent from Russia.

A BMJ-published study finds that ED-admitted hospital patients who are discharged during the two weeks around Christmas have a higher incidence of readmission and death, which the authors speculate is due to hospital employees taking days off, the reduced hours of ambulatory physician practices and clinics for follow-up care, and patients delaying treatment until after the holidays. I’ve always found it interesting that the hospitals I’ve worked in discharged a big percentage of patients right before Christmas, some of whom came back right after. You can bet that those who stay over need a lot of care. 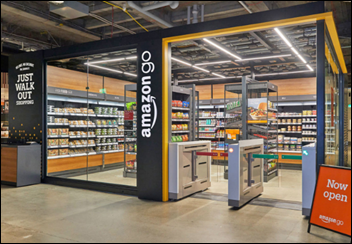 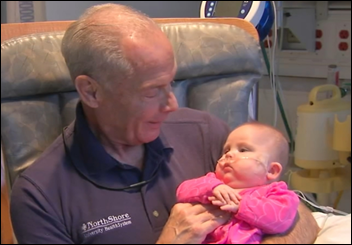 Evanston Hospital (IL) signs up retired grandfather Carl Magnussen as its first male “baby cuddler” volunteer in a program in which infants who will remain hospitalized for weeks or months are held daily by volunteers at the request of parents who can’t visit regularly. The hospital says clinical staff can see the positive results in the vital signs monitors of the babies, while Carl says it’s like meditation in watching the baby snuggle in and go to sleep. 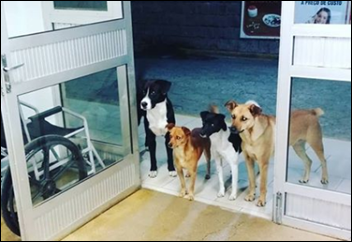 In Brazil, ED nurses notice four dogs waiting patiently as staff are treating a homeless man at 3 a.m. The patient explained that he often gives his own food to the dogs, going hungry so they can eat. Employees brought the dogs inside and provided food so the dogs could share a meal with the patient.