Re: Epic’s growth in Canada from three hospitals in 2016 to 146. A significant portion of that will be due to the Alberta market. Alberta has Meditech implemented (understand though that the legacy picture is fragmented into an approx. three-way tie). Alberta will never upgrade to Meditech Expanse. Instead, Epic has won the entire province. Wave 3 of a 9 wave Epic implementation project was recently completed. (Brian Too)

So Brent Shafer has accomplished what during his time as CEO? Decimated all the upper level management with his cronies who now need replaced, made all the good worker bees leave by withholding raises and layoffs, lost some huge clients while not making many new sales, underperformed for the shareholders with regards to the stock price, not made any progress on meeting existing promises to clients, not made any progress on new markets. I think Brent’s Cerner legacy is that he made life moderately worse for everyone involved except his pocketbook, but at least he didn’t implode the company. (IANAL)

Similar finance-driven decisions are made not only for support, but also for the building of software at your vendor. The more mature the product, the more likely that offshoring the build might actually result in cost savings. In the startup world, it never works because the instantaneous iterative nature of early-stage software development can’t survive the communication barriers. (mburke)

So many questions are still being asked about HIMSS21. If we show up to exhibit, who will be attending the conference for us to present to? If we get a meeting room, would attendees feel comfortable meeting up in there since it’s a closed-in space with not great ventilation? If we host an event outside of conference hours, who would show up? Will the whole conference primarily be vendors? It’s really hard to justify the ROI and it doesn’t seem like it’s going to be any easier to make that decision as the conference gets closer unless we specifically ask our target audience if they will be there. (Michelle) 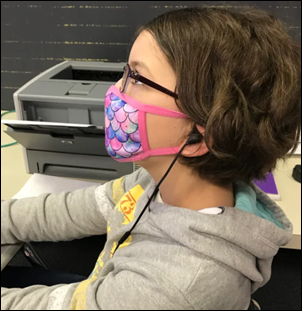 Readers funded the Donors Choose teacher grant request of Ms. S, who asked for headsets for her students as her Houston elementary school moved to online. She reported in November, “Your generous contributions have made it possible for the students and I to communicate with each other … One of my students, Tracy, told me, ‘Now, I feel like I am part of the class.’” Ms. S also passed along a letter from one of her students:

My teacher says you’re the one who got my class headphones. I just wanted you to know how thankful I am! And pretty much all my class. I don’t really know who you are but for now on, I’ll remember that you made my classroom happy. And come on, when my teacher said there was headsets, I was shocked! I already knew it wasn’t from my school. And honestly, if you didn’t give my class headsets, I’m pretty sure we would have to bring headsets to school. I just wanted you to know how thankful my class is because of you!

Reader Eric’s generous donation to my Donors Choose project, with matching funds from my Anonymous Vendor Executive and other sources, allowed me to fully fund these teacher requests: 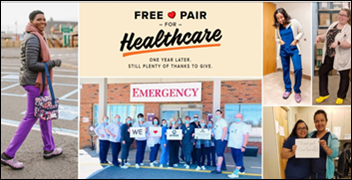 Crocs will give away 50,000 pairs of shoes this week in bringing back its “Free Pair for Healthcare” program during National Nurses Week. 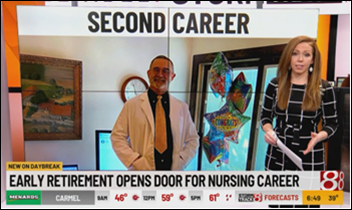 The Indianapolis TV station profiles 61-year-old Jeff Bick, who was looking for something meaningful to do after taking early retirement from Eli Lilly after 30 years, so he spent three years in nursing school and is now working as an RN at Riley Children’s Health. He explains, “I wasn’t ready to retire by any means. I figured I was good for another 10 or 12 years, so what could I do that would be meaningful? My wife and I both feel like we’re lifelong learners, so you keep, you know, you keep looking for challenges. You keep looking for things that make life an adventure.” 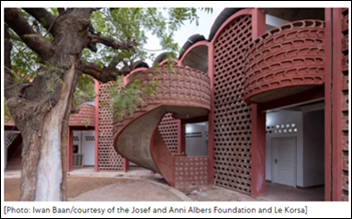 A hospital in Senegal builds a new maternity and pediatric building, courtesy of charitable donations and pro bono architectural services, for just $2 million. One of the designers didn’t feel right about designing a hospital for doctors and patients they had never met in an area they had never visited, so they held meetings with doctors, employees, and patients to reach an ideal design for the 150-bed addition. It emphases patient and family comfort and passive cooling. The U-shaped bricks were developed by the architect and cast on site. The contractor took it upon himself to expand the idea of testing the bricks by erecting a test wall and instead built an entire building in a small village so it could be used as a school.