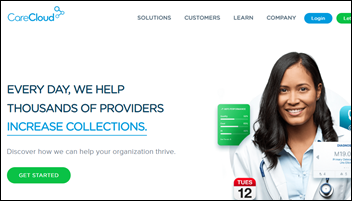 Miami-based CareCloud will pay $3.8 million to settle a lawsuit that was brought by an employee whistleblower who said the company paid kickbacks to its users to gain referrals to boost its EHR sales.

The United States joined the suit, alleging that CareCloud’s Champions marketing referral program violated the False Claims Act and Anti-Kickback Statute by offering clients cash and credits to recommend its EHR to prospects. Those clients also signed agreements to not say anything negative about the company’s EHR.

The government says the company violated the False Claims Act because the kickback payments rendered false Meaningful Use and MIPS incentive payments.

Former CareCloud manager Ada de la Vega will receive $800,000 of the settlement as the filer of the qui tam lawsuit.

Publicly traded health IT software and revenue cycle management vendor MTBC acquired CareCloud for $40 million in January 2020, then renamed itself to CareCloud in March 2021.

Most poll respondents hold ownership or shares of a health IT-related company, most of those involving a present or former employer.

New poll to your right or here: Which information would you accurately provide to gain access to a vendor’s white paper? (multiple answers OK). I did a similar poll years ago and given that 75% of respondents said they would either leave immediately or enter phony info, I confirmed my suspicious that making prospects complete a bunch of fields to gain access to a white paper or webinar is a big mistake no matter what the marketing folks think.

The Global X Telemedicine and Digital Health ETF is up 3.3% in the past month versus the Nasdaq’s 6.3% increase. It’s up 27% since its July 2020 inception, lagging the Nasdaq slightly.

In England, NHS Digital names Simon Bolton (NHS Test and Trace) as interim CEO. He replaces Sarah Wilkinson, MBA, who will leave the role in June.

The VA posts a request for information for partnerships in a variety of innovative technologies that could be applied to areas that include emerging technology to transform clinical care delivery advanced clinical decision support, clinical simulation training, and service transformation through design thinking. 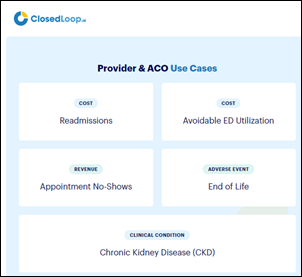 CloseLoop.ai wins CMS’s Artificial Intelligence Health Outcomes Challenge, which includes a prize of up to $1 million. Geisinger finished second and will receive up to $230,000. The contest looked at AI solutions that can predict health outcomes for Medicare beneficiaries.

CDC reports that 56% of US adults have received at least one dose of COVID-19 vaccine and 40% are fully vaccinated.

India becomes the first country to exceed 400,000 new cases in a single day, also experiencing a 21% test positivity, full hospitals, and a vastly understated official daily death toll of 3,500 that will surely increase as a lagging indicator of widespread infection. President Biden joined several EU countries in restricting travel from India starting this week as experts worry about introduction of new coronavirus variants such as B1617.

Turkey goes into its first COVID-19 lockdown as its infection rates reach the highest in Europe, while Iran’s daily death toll hits highest-ever numbers. Brazil continues to record the world’s highest rate of COVID-19 deaths per million people. Global COVID-19 cases and deaths have risen for several straight weeks even as Western countries with high vaccination numbers trend down and begin a return to normal.

The federal government implements an easy way for people to find available COVID-19 vaccine – text a ZIP code to 438829 (“getvax” on the phone keyboard) and a list of locations is immediately returned. Vaccines.gov has also been relaunched to make finding COVID-19 vaccine easy.

Pfizer will ship COVID-19 vaccine to Canada starting this week from its Kalamazoo, MI plant, which also sends doses to Mexico.

Epic’s campus was running on 18 backup generators for a few hours Friday night a widespread, raccoon-caused power outage occurred on Madison’s west side.

In India, private hospital beds in Bangalore are being overbooked because of problems with the government’s software, forcing them to turn away patients who in some cases have died shortly after of critical medical problems.

Ascension Technologies files WARN act paperwork with the state of Missouri indicating that it will lay off 651 out-of-state IT employees between August 8, 2021 and December 10, 2021 as it outsources their jobs.