Clinical communications and workflow platform vendor Vocera announced after Thursday’s stock market close that it will acquire PatientSafe Solutions, which offers a unified inbox of messages, alerts, and notifications that is integrated with EHR data. 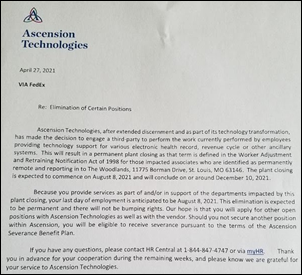 From Descension: “Re: Ascension. EHR is the latest to be outsourced, but not the last. Best part is that they told us they are doing it to help the poor and vulnerable, not to save money. Is it time for me to find another career since it’s tough all over and outsourced offshore health IT is the future?” I’ll invite readers to weigh in on that latter question. I honestly don’t know. While it seemed inevitable, absent major user pushback, that most technical support would be shifted to cheaper offshore providers, I wasn’t so sure about specialized areas such as EHR support. The pessimistic view is that the old saying was right – if your job doesn’t involve touching something, plenty of people outside the US would be thrilled to do it cheaper and maybe even better. Ascension is running a billion-dollar quarterly profit as its contribution to the US’s world-leading healthcare costs that make our workforce non-competitive in the first place. On the other hand, sometimes health systems that are looking for “one neck to wring” elect to indeed wring that neck by insourcing everything back in-house down the road.

From Cond-Ascension: “Re: Ascension. Has outsourced IT, starting a while back with contact center and desktop support, now all application and EHR support. EHR support is considered a non-strategic commodity to Ascension now. Folks are being asked to stay until August, where they will probably need to apply for jobs to earn severance. Ascension allows a 10% pay reduction as a suitable offer when a role is eliminated. Tons of great talent will be flooding the market.” Anyone who is looking for Epic people should pay attention.

From CIO: “Re: VisuWell firing their CEO. The actions of the former CEO were obviously atrocious on any number of levels, but VisuWell did everything a company could do. The acting CEO and board chair got on the phone with the CMIO and me to make sure we understood what they were doing, then followed up yesterday to make sure we had everything we need and were completely understanding about us taking any action we thought we needed to. I can’t think of anything else they could have done short of inventing a time machine. We aren’t changing our relationship with them, and in fact chose them initially because we felt they were a better fit in dealing with a diverse patient population than some other vendors.”

From We Aren’t the Champions: “Re: WaitButWhy. What do you think about its most recent post? It seems like an overly optimistic exercise to get something like this off the ground, especially in the US, much less to have it succeed for the long term. I’m in Canada and there’s no chance of provinces paying for comfy chairs or coffee in the waiting room.” The article, which is titled “Why going to the Doctor Sucks,” calls out limited appointment times, unfriendly front desk employees, making patients write the same information on the same clipboard forms every visit, and doctors running behind and shortchanging patients whose appointment is late in the day. It concludes that in the US healthcare non-system, patients aren’t treated like customers because they actually aren’t customers, so cold interactions and indifferent waiting areas echo the DMV or post office. The author’s wife and a friend (non-physicians) decided to start a $2,400 per year, no-insurance primary care club in which members are assigned a doctor, a wellness advisor, and a concierge coordinator. My thoughts: 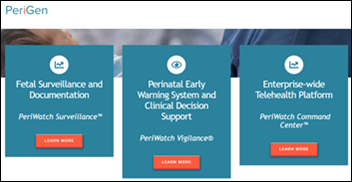 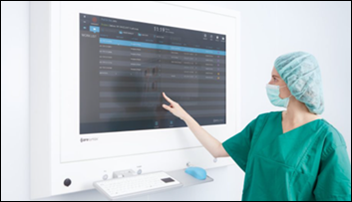 CVS Health launches a $100 million venture fund that will invest in early-stage companies that are “focused on making healthcare more accessible, affordable, and simpler.” The company cites previous success in its direct investments, such as Unite Us and LumiraDx. 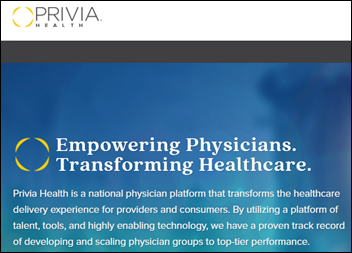 Online pharmacy operator Capsule raises $300 million in a funding round that values the company at more than $1 billion. The pharmacy fills and delivers prescriptions in six cities.

Omnicell’s EnlivenHealth division will use Twilio’s customer engagement platform to expand its retail pharmacy offerings that include personalized communication by IVR, texting, chatbots, email, and a mobile app. 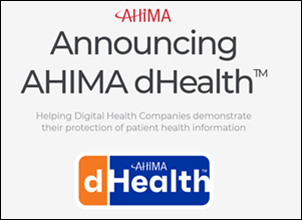 AHIMA creates DHealth, a catalog of digital health products whose developers have attested that they meet security and privacy standards. 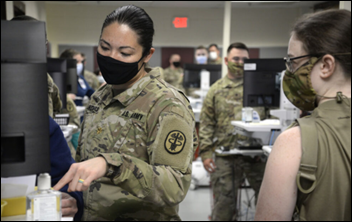 The US Army’s General Leonard Wood Army Community Hospital (MO) goes live with MHS Genesis / Cerner, the first facility to use the system for in-processing of newly arrived trainees. Above is Major Cynthia Anderson, chief nursing information officer, overseeing use of the mass readiness module that was developed for military medicine and is used at GLWACH to process 100 trainees per hour.

A new, small study finds that COVID-19 vaccines manufactured by Pfizer and Moderna are 94% effective in reducing COVID-associated hospitalization of those who are over age 64.

California’s COVID-19 case rate is now the lowest in the country.

Some experts say that President Biden missed a chance to reduce vaccine hesitancy in his Wednesday address to a joint session of Congress, where audience members were spaced, masked, and asked not to make physical contact. A better approach, some say, would have been to allow only vaccinated attendees and then permit them to behave in a 2019-like manner to send the message that vaccination can end the pandemic and return life to normal.

Pfizer expects to release a protease inhibitor for experimental use in treating early-stage COVID-19 by the end of the year, potentially keeping people with early symptoms out of the hospital. 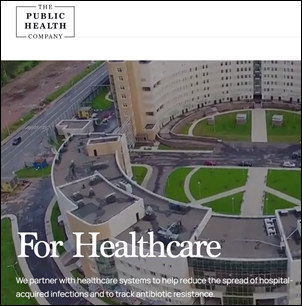 A University of Missouri study finds that nurse workload is doubled when patients are seen in virtual visits rather than in-office appointments, as nurses have to review, document, and act on blood glucose and blood pressure readings multiple times each week instead of the average in-person visit frequency of every three months.

China’s government is considering allowing prescription drugs to be sold online, which a state-controlled magazine says is a warning shot to public hospitals that profitably overprescribe drugs, including IV drips and antibiotics. The article notes that the government tried to fix the problem in 2017 by mandating that doctors and hospitals sell drugs to patients at their cost, but the providers wormed around that requirement by manipulating cost data and retaining rebates. The country does not have a system to make prescriptions universally accessible and Internet-based sales raises issues of prescription authenticity and supply chain safety.