Syringa Hospital. Why in the world is a board involved in this level of operations? They should only be approving, or not, the CEO’s financial outlay for the acquisition. If the CEO can’t get the leadership team on the same page, the board has another, bigger problem. (Jamey)

There are probably less than 100 employees at this hospital. There just aren’t that many management staff above line managers. The board is probably composed of community leaders who may have some experience in the area either in IT or just organization in general. It isn’t easy running 15 bed rural hospitals on shoestring budgets. (IANAL)

The developer’s opinion and the comment represent the age-old battle between developer’s who view the system as “working as designed” and the users who are just trying to make an appointment. In this case, I’m betting the specification did not mention that users should not be able to make multiple appointments for the same dose. The developers either missed the difference between the two doses or just let anyone make as many appointments as possible. Clearly the system was not working as required. I loved the comment it allowed our technical folks who don’t normally interface with customers the opportunity to do that … what a rewarding experience. (AllHatNoCattle)

Agree that if the clinician isn’t checking the transcription, then that is on them. With the number of scribes and “speech processors” out there, I have yet to find one that is much above 95% per word accuracy — the more complicated the word, the lower the accuracy. With a word count of 171, which eight were recorded incorrectly in this missive? (AnInteropGuy)

For the “lung cancer” versus “tongue cancer” mistake, I’d think that something suggesting the correct diagnosis could have helped. “Note indicates lung cancer, lung cancer not documented as patient diagnosis.” No idea how difficult that would be to not trigger on false positives, but it could help fill out a patient’s problem list and medical history. (AI what?) 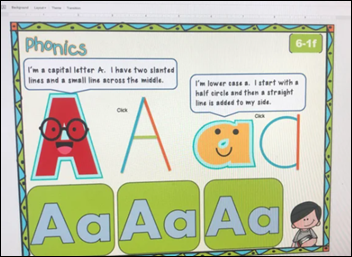 Readers funded the Donors Choose teacher grant request of Ms. D in Kentucky, who asked for online instruction resources for home using during “COVID days.” She reports, “My class is very grateful to receive this generous gift. I have become a full-time virtual teacher with more than 50 students. These supplies have helped lessen the cost of that I would have had to purchase for my students.”

I read most news on my tablet and find myself avoiding the Washington Post even though I subscribe to it because I despise the app’s layout, navigation options, and inability to view reader comments. Not to mention that there’s no way to forward an article to my email so I can remember to mention it in HIStalk. I found a better way — place the browser link on the IPad’s home screen and skip the app. The navigation is better, “send to” works, comments display, and it feels a lot more like something worth paying for. 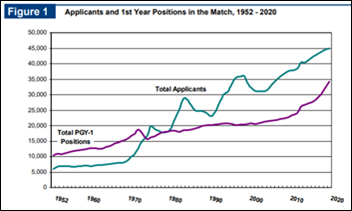 The New York Times covers the thousands of medical school graduates who aren’t chosen for the limited number of US medical residency slots, leaving them with an average of $200,000 in student loans and no ability to work as a doctor. The US has at least 10,000 such graduates, many of them Americans who went to medical schools in the Caribbean or other countries whose chances of landing a residency are about 50%. Medical schools have increased their enrollment, but residency positions — which are funded by CMS – remain capped. Experts say the offshore medical schools that recruit American students sometimes overstate the history of their graduates being matched and thus eventually employed. 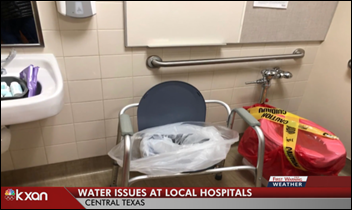 Hospitals in Texas are collecting buckets of rainwater and using portable toilets as storm-related water shortages affect even the largest facilities. Patients are being double-roomed and boarded in hallways, dialysis patients are showing up in hospital EDs because dialysis centers are closed, patients who are ready for discharge can’t leave, and hospital employees are sleeping over because they can’t get home. Hospitals are also seeing patients with carbon monoxide poisoning due to improper use of generators and heaters. About 100 hospitals in southeast Texas declared an internal disaster in hoping to avoid receiving new patients by ambulance. Meanwhile, the CFO of a natural gas company owned by billionaire Dallas Cowboys owner Jerry Jones giddily tells investors with Enron-level greed and indifference to the misery of others that the weather “is like hitting the jackpot” as the company is selling natural gas “at super premium prices.” 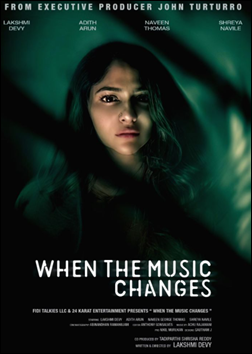 New York-born Indian-American actress, film maker, and former physician Lakshmi Devy, MD serves as the writer, director, and lead actor in “When the Music Changes,” which address rape and assault. She previously made “Daro Mat” (which translates to “Don’t Be Afraid,”) a short film that is available on YouTube. 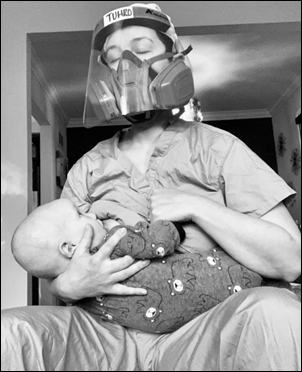 Missouri Baptist Medical Center COVID-19 ICU nurse, family nurse practitioner, and first-time mother Mandi Tuhro, RN, MSN describes the challenges of watching patients die, trying to find time to pump breast milk, feeding her son overnight, and dealing with the fact that at 30 years old, “there’s not a single facet of my life right now that I’m not needed, and that is a heavy feeling.” 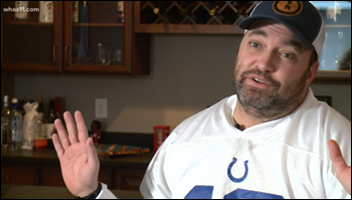 Clark County, Indiana health officer and Colts fan Eric Yazel, MD writes a letter to the team’s general manager every year to offer his service as quarterback. He’s perhaps not the perfect candidate, as he admits to the GM: “A less visionary GM might be given pause by my age (44),  mediocre BMI, and relative lack of any athletic experience.” The GM called him back this year just to be nice, but Yazel ignored the call because it came from a Houston area code and “I thought it was the Texans calling. I will listen to some other options, but I am not going inter-division.”