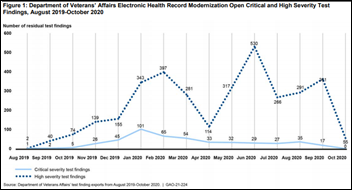 A new GAO report recommends that the VA stop its implementation of Cerner until all known critical issues have been addressed.

The VA agrees in principle, but says it won’t stop the rollout and instead will test and mitigate risks.

Most of the GAO’s data came from work performed last fall. VA has since closed most of the high-severity issues that GAO noted. Just 55 of the previous nearly 400 issues remain open.The VA says it will have all issues resolved by January 2022.

Next up for go-live is Puget Sound Health Care System in Q4 2021.

From DAX Facts: “Re: Nuance’s DAX ambient clinical intelligence. Users have told me that their hospitals are finding it hard to generate ROI because just freeing up physician time doesn’t necessarily result in more visits or revenue. What are your thoughts on how much value DAX adds and how that will be reflected in its pricing?” I’ve been wondering that myself, especially after last week’s Nuance earnings call in which DAX consumed a lot of company and analyst discussion that I assume reflects financial expectations. DAX customers mentioned in the earnings include Duke Health, San Joaquin Hospital, Mercy Health, Rush, WellSpan, Connecticut Children’s, and Cooper Health. I would be interested in firsthand experience at a macro level, i.e. how do physicians like it and is the expectation that it will pay for itself? Let me know and I’ll keep you and your organization anonymous, of course. I’ll also add that hospitals aren’t good at turning newfound employee free time into anything more than a less-stressful workday, which offers some burnout benefits but doesn’t excite CFOs who have to write the checks.

From Damocles: “Re: Cerner’s bankrupt client who owes $63 million in an arbitration judgment. You are correct that it was Belbadi Enterprises. Cerner is still pursuing taking possession of a Vancouver, WA property that was held by a subsidiary by way of the company’s former CEO. Cerner hired forensic accountants and investigators who found that the company moved money back and forth with that subsidiary, even though Vandevco / Belbadi claimed that no tie exists. Also stiffed were consulting firms who were hired to install Cerner for the UAE’s Ministry of Health and Populations, which were left with unpaid bills when MOHP signed a direct contract with Cerner and cut Belbadi out of the deal. I’m sure it’s a sensitive issue since Belbadi is still an active entity in the UAE and the former CEO is a member of one of the ruling families, even though he lined his pockets with money that should have gone to Cerner and other vendors.” It’s good to be king, or in this case, brother of your country’s minister of justice and the 10th richest UAE citizen. 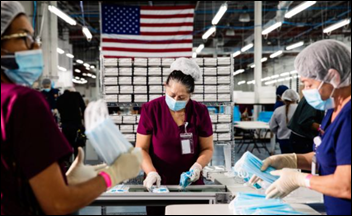 From IHeartHIStalk: “Re: counterfeit N95 masks from China. Meanwhile, small US manufacturers can’t find mask buyers.” The New York Times profiles DemeTech, a family-run Miami business that invested tens of millions of dollars in mask manufacturing equipment and spent nine months earning federal approval to sell N95 masks, but now the owner can’t find buyers for the 30 million masks he has in inventory and he is laying off employees. Despite vows to “buy American,” health systems, medical supply distributors, and state governments don’t want to change their buying habits or spend a bit more on masks that are made in this country. Manufacturers are also being hurt by Facebook and Google advertising bans that were intended to thwart mask profiteers. Big players like 3M and Honeywell, spurred by the Defense Production act, are selling 120 million masks each month, mostly to distributors that resell to hospitals who need more than twice that number. 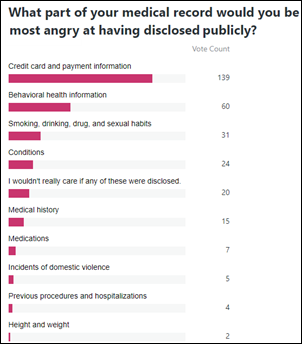 New poll to your right or here: In your most recent physician or hospital encounter, were your electronic records from one or more other providers reviewed?

I dropped by Walgreens Friday to procure vital medical supplies (Valentine’s Day cards, candy, and stuffed animals) and saw that they are giving COVID-19 vaccine shots by appointment. It was a bit jarring after reading and writing so much about the vaccine over many months to see unexcited employees calling people up from their waiting area chairs to get their injection. Chain drugstores are all about the foot traffic that generates high-margin impulse sales (like Valentine’s Day cards, candy, and stuffed animals) and COVID-19 vaccinations will see dozens of millions of people traipsing through their aisles to the back of the store in two visits. Sometimes a business’s biggest challenge, and a profitable one if they can pull it off, is to get people into their store for the first time. 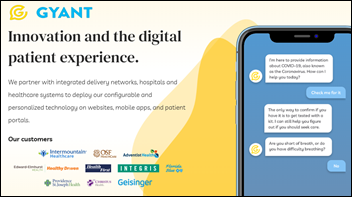 Here’s a Gyant explainer video I found on YouTube.

Listening: new from reader-recommended Starcrawler, some LA teen punk rockers who sound kind of like L7 meets the New York Dolls and Iggy and the Stooges. That’s a lot of musicality and 1970s influence from kids who are barely old enough to drive. Their live shows are apparently pretty nuts. 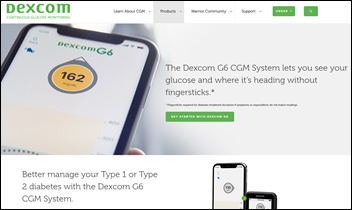 Vocera announces Q4 results: revenue up 14%, adjusted EPS $0.28 versus $0.15, beating Wall Street expectations for both. Shares jumped 25% Friday following the announcement, with VCRA shares up 76% in the past 12 months versus the Dow’s 6% gain, valuing the company at $1.7 billion. Vocera said in the earnings call that Q4 bookings were the highest in the company’s history as COVID-19 has elevated hospital priority for communication and workflow solutions that keep employees safe.

Well Health announces that its COVID Vaccination Self-Scheduling is available to providers through self-scheduling partners. The system allows scheduling both appointments, maximizes doses through appointment optimization, follows up for second doses, and provides secure message to patients regardless of whether they are registered in the EHR.

HHS OCR settles its 16th HIPAA Right of Access case, with Sharp HealthCare paying $70,000 for taking seven months to send an electronic copy of a patient’s records to a third party. OCR originally closed the case after giving Sharp technical assistance, but the patient filed a second complaint two months later when the records had still not been sent. 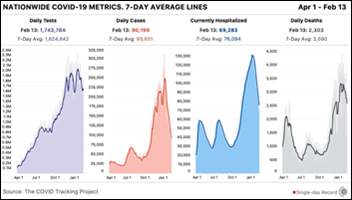 US COVID-19 cases and hospitalizations continue their steep downward trend, with just 69,000 hospitalized patient versus nearly double that number just a few weeks ago. Still, the numbers are higher now than in the spring and summer surges.

CDC reports that 51 million COVID-19 vaccine doses have been administered of the 70 million distributed (72%), split nearly evenly between the Pfizer and Moderna products.

UK scientists find that the B117 coronavirus variant is not only more infectious, which was previously documented, but it also appears to be 30% to 70% more lethal given limited study so far. If that finding holds after further research, spread of the variant could disproportionally increase hospitalizations and deaths even beyond just causing a higher number of infections. In Canada, Newfoundland and Labrador is already seeing a B117-fueled outbreak and has escalated mitigation measures.

New Jersey’s vaccine hotline stops booking appointments after callers report that they were given incorrect information. The state says it will provide extra training for the hotline’s 2,000 agents and is working out software problems with vendor Microsoft. The state had weeks of outages with its online registration system, warning that Microsoft’s Vaccine Management system may never work. The state says Microsoft doesn’t have enough support people and some of them are offshore and thus unavailable during US working hours.

In yet another example of COVID-19 vaccination software shortcomings, FDA is still trying to bring up its BEST system for monitoring vaccine side effects using real-world evidence. BEST will eventually be able to review the medical records of 100 million people in real time, but it relies on EHR and claims data that aren’t always filed for no-charge vaccinations. The system is also so new that FDA hasn’t yet calculated the rates of background problems with people who haven’t received the vaccine, so they can’t easily identify unusual events. For now, the federal government is using several other systems that don’t share information, including the 30-year-old FDA/CDC VAERS system for self-reported vaccine problems.

Virtua Health finds a bug in its vaccination self-scheduling system when it notices that 70% of its 300,000 appointments are duplicates, requiring 10,000 phone calls to work out the duplications but freeing up 5,000 open slots by doing so. They didn’t indicate the software they use, but the signup form uses Epic MyChart. UPDATE: A Virtua Health spokesperson clarifies that the scheduling system did not have a bug, it just didn’t prevent people from making multiple appointments. The 70% number doesn’t refer to the number of duplicates of the 300,000 total appointments, but rather that of those duplicates, 70% of them were made in error due because users weren’t sure how to schedule both first- and second-dose appointments or didn’t wait for the confirmation email before scheduling again.

New York Governor Andrew Cuomo’s top aide admits that the state withheld data about COVID-19 deaths in nursing homes because it feared an investigation by the federal Justice Department. The state’s nursing homes have had 15,000 COVID-19 deaths, nearly double the previously reported total, which the state did not confirm until faced with a court order. Cuomo issued an executive order in March 2020 that required nursing homes to readmit their residents following their hospitalization for COVID-19 treatment, but state health officials have claimed – without providing details – that the high rate of nursing home deaths was caused by infected employees and not the residents themselves.

The federal government has not developed a plan to allocate COVID-19 vaccine for the 6,000-employee US Public Health Service, telling them that they should visit military treatment facilities that are sometimes turning them away in confusion about whether they are eligible (all of them are, per the Pentagon’s priority list). Public Health Service officers are being deployed to deliver care to COVID-19 patients and to work on mass vaccination programs. 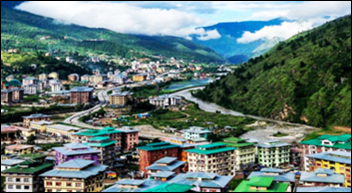 The Atlantic explains how the small, poor country of Bhutan controlled coronavirus so well that it has recorded just one COVID-19 death: 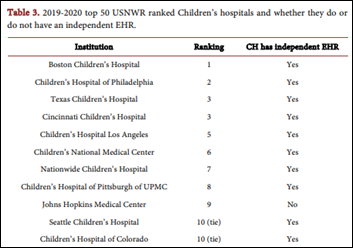 Stanford researchers find that higher-ranked children’s hospitals that have their own EHR instead of sharing one with an adult hospital perform better in rankings. I can offer many reasons for this correlation that go beyond the article’s suggestion that these hospitals don’t treat children as “small adults” or that their systems are all that different given that they use the same couple of vendors. I’m also skeptical that EHR’s configuration and use has a measurable effect on objective quality measures (did those hospitals show improvement after they implemented their systems?) I would also question whether rankings derived from self-reported US News & World Report surveys are reflective of quality. Maybe the most important unanswered question is whether children’s hospitals that deploy their own standalone EHRs are able to configure them differently (or are more likely to do so) than those that follow broader rules because they share a system with an adult hospital. That would make a better study – take a few ordering pathways that peds hospitals do differently (medication dose range checking, growth charts, use of patient identifiers, etc.) and see if they are implemented differently in standalone versus shared EHRs, and if they are, determine whether that’s because of EHR limitations or corporate choice.

Informatics experts in Switzerland say there’s no such thing as “your electronic medical record” there, as some clinics are still using paper records and fax machines and the system is fragmented by having both government-run and private systems. Cantons even used fax machines to send COVID-19 case information to the federal government for tracking. Data stored in silos, the experts say, will stand in the way of using promising AI applications.