This was the best hope for CHNG who hadn’t realized their IPO dreams, Optum was the only one that could afford them. For employees, the CHNG strike price for stock options was $18, so maybe some of the employees whose McK deferred bonus programs were transferred to CHNG stock options at the merger will be able to finally cash out 4 years later! (CHNG maker)

What users are GREAT at, is telling you that you did it wrong. Long after the job was done, and after the project stage that would allow you make it right. Mostly, the programmers are left to imagine the solution on their own. Some organizations employ systems architects, designers, and even plain managers who will do mock-ups, role-playing, workflow analysis. Not once have I ever had the opportunity with those people. They cost money and take a great deal of organizational willpower and discipline. Steve Jobs was famous for envisioning a finished system. He’d then follow the implementation to make sure the design & implementation followed the plan. He’d keep after managers and programmers, keep them on track. He’d even kill products that didn’t live up to his expectations. Steve Jobs was famous for being an exception, an outlier. In the real world, most systems go through a laborious process, slowly evolving from something terrible into something better. (Brian Too)

Community-based Pediatricians are also in vital patient-facing roles. I’ve heard too many reports of hospital billing staff and work-at-home admins getting their vaccines while non-hospital-employed primary care physicians are left to fend for themselves. (Chip Hart)

Online advertising is a massive industry, and healthcare providers and pharmaceutical companies participate the same as anyone else. Websites and internet service providers can very easily identify who you are. They know your name, age, sex/gender, and where you live by the time the page finishes loading. They know what other websites you go to. They know what medical conditions you look for on search engines. They are all legally allowed to freely sell, exchange, and reconnect this data however they want. Your healthcare provider doesn’t need to sell identified data when your online presence is basically screaming out your name, everything post you’ve liked, the web pages you’ve visited, etc. (Elizabeth H. H. Holmes)

Despite all the talk about upcoming consumerism in health care, the reason for such dismal patient experience is precisely this. Patients don’t control the purse string (even though it is their forking money). All they can do is fill up a toothless HCAHPS paper survey three months after their encounter with the health system. And this is of course true not only for hospitals but for every single aspect of our medical care “system.” (Ghost_Of_Andromeda)

Healthcare organizations need to change how they proactively reach out and engage customers as we enter 2021. We all understand the value of precision medicine, but we now need precision engagement. Other consumer service industries have long employed sophisticated data science to predict and influence customer behavior. It has resulted in (1) more loyal customer relationships and (2) increased lifetime value. In healthcare, we are still relying on generic notifications. We need to be identifying our highest risk customers, prioritizing what we talk to them about, and then personalizing the channel selection, the message selection, and the time of communication. (Michael Linnert)

The same people who rant about freedom and tyranny would do well to read about the smallpox epidemic that began in 1775. We have direct insight into how the Founders acted during a disease outbreak, and I can assure you they did not act in the interest of individual freedom, because they were intelligent and principled enough to understand responsible population health management even then. The United States doesn’t have a COVID crisis as much as we have a selfishness crisis. (Elizabeth H. H. Holmes) 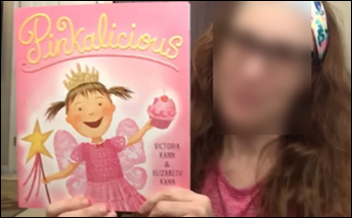 Readers funded the teacher grant request of Ms. B in South Carolina, who requested 12 books for her kindergarten class. She showed her class the books on a day in March and stayed late to create a book bin, but in-person learning was cancelled that same day. She contacted the publishers and authors to seek permission to record herself reading the books for her class, sometimes getting approval and sometimes getting a firm “no” or no response. She filmed herself reading those books where she received approval and reports, “My students LOVED seeing me reading books that they had chosen. I even had a parent contact me to let me know that her son couldn’t believe he was seeing me on TV and shared a short clip she filmed of him watching me read. I was excited to see how excited he was. Parents started engaging more and looking forward to these read aloud followed by book discussions on Zoom. Many parents were surprised to learn how deeply their student could dive into a book and understand not just overall themes, but also underlying themes. These books have given my students and their families so much more than I could have ever imagined. Thank you for believing in the power of print and giving me the opportunity to make such a huge impact.” 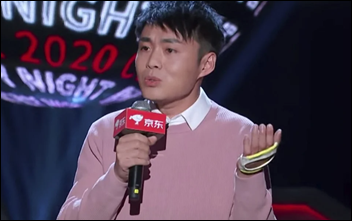 In China, an ophthalmologist whose surgical career was ended a year ago by a patient’s knife attack gets a standing ovation from a TV audience after telling them that his injury was a “pleasant surprise” because it reinforced that his work is worth doing. He specializes in treating uveitis, working in a low-paying hospital job and often helping patients pay their medical bills from his own pocket and performing free cataract surgery. He joked that the patient was unreasonable because “there were so many people in the hospital at that time, yet you stabbed me with precision – doesn’t it show your vision has recovered well?”

In Australia, charity gift shop workers who called an ambulance and comforted a homeless man who showed up in distress and later died alone hold a funeral for him in a local cathedral. The presiding bishop said during the service, “He went with full honors. I asked those present to imagine their own funeral one day and what they would like people to say about them, and how that really affects how we live now. We choose to do what is good and loving and virtuous, rather than the opposite.”

A Pine Bluff, AR medical oncologist and UAMS professor who sold his clinic to the local hospital sends Christmas cards to 200 former patients to tell them that he and his family had decided in a Thanksgiving discussion to forgive their outstanding medical bills. Omar Atiq, MD explains that he wrote off $650,000 because, “I have never refused to see a patient for lack of funds or lack of insurance. To me, the highest honor comes when somebody puts his or her life in your hands. To be a physician or a nurse is, to me, something bigger than a transaction. But in the vast majority of the world, it is tough to be sick and it can be exorbitantly expensive to get the appropriate treatment … That people are interested in this story shows me that perhaps the less positive news we hear each day may just be a small part of who we are as humanity. Perhaps the larger part of humanity is just doing what they can to keep the world moving forward.”