ONC announced dates for the 2021 annual meeting, scheduled for the end of March. You can subscribe to updates to make sure you’re in the know.

I have to say I miss big meetings and getting to connect with interesting people. I’ve done several virtual conferences and they just don’t provide the level of randomness that we were used to in person. I was going to attend the Consumer Electronics Show in person for the first time in 2021 and that didn’t turn out so well. The event is scheduled to run virtually January 11-14 and I’ve been approved to attend as a member of the media. If anyone can hit a virtual conference out of the park, it should be CES.

I’m looking forward to seeing what companies have come up with as far as expanding the utility of wearables in patients’ personal health journeys. Wearable devices seem to have plateaued the last few years, so it’s going to take something novel to get people re-engaged.

I also want to see what companies are doing to make tech more accessible. Although we may be used to the majority of people around us having a smartphone in their pocket or purse, there are plenty of people in the world that don’t have that access. I’m also looking forward to seeing first hand some of the wild and crazy things that will debut at CES, and following them over time to see if they take off or not.

Speaking of conferences, HIMSS is planning a meeting for August, but I wonder what it’s going to look like in reality. A recent article described the downstream impact of the February 2020 Biogen conference. Its 100 confirmed cases were identified as causing 50,000 cases in the US alone within the first two months following the super spreader event, nearly half of which were in Massachusetts. By November 1, the virus strain from the conference was linked genetically to over 330,000 cases in 29 states plus Sweden and Australia. Even for those of us that will (hopefully) be fully vaccinated by the time HIMSS rolls around, it’s important to remember that the vaccine has not yet been shown to prevent COVID infection — it just dramatically reduces the risk of severe disease and death.

Mr. H has already reported on the wind-down of Haven, which hoped to lower healthcare costs and improve outcomes. One of the key reasons cited for its inability to disrupt healthcare is that each company continued to deliver its own projects separately, which reduced the need for the joint venture. The inability of large organizations to work together is being seen everywhere in the US, particularly with vaccine distribution. Physician colleagues are reporting from across the US that hospitals that have been entrusted with vaccine distribution are refusing to vaccinate frontline healthcare workers if they’re not employed by that particular institution. This is often in violation of state vaccinator contracts and agreements, but no one wants to enforce it. Until we understand that we can be stronger together than we can be separately, we will all continue to struggle.

My state isn’t the only one struggling: New Jersey’s vaccine registration site launched this week but immediately experienced issues attributed to high volumes. It may not be perfect, but I at least give the state credit for trying to create a list and communicate with people, which is much more than many other states have done. My home county finally received vaccine and has no way to manage a list of Tier 1a providers who are trying to get vaccinated – the only way to get through is to wade through a maze of phone prompts and hope you reach someone who can add your name to a paper list. 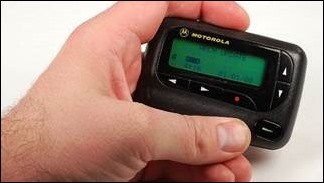 JAMA Surgery published a piece this week looking at “the Empowerment/Enslavement Paradox” among surgeons and their personal communication devices. The authors note that “the same tools that empower people can also eliminate personal freedoms by increasing work pressure and blurring the boundary between work and personal life.” There are certainly benefits of being able to be continuously connected particularly with smartphones, such as being able to act quickly to care for patients and to be able to have the world’s medical literature literally at your fingertips. Unfortunately, technology can also function as an electronic leash, continuously tethering physicians to their work. I’ve experienced both extremes and it takes a tremendous amount of discipline to keep tech from taking over at times. It will be interesting to see if improvements in technology will help resolve this paradox. 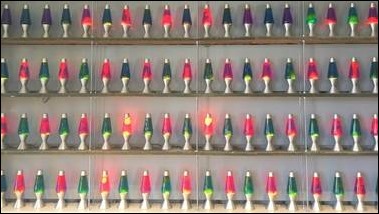 Like many of us, I tend to multitask, and I have to admit I was surfing the internet while listening to the US Senate speeches as our Congress reconvened following Wednesday’s unbelievable events. In hindsight, I probably would have benefitted from drinking a strong martini and making sure to take a sip every time a particular Senator used the word “hooligans” or “temple of democracy.” During my surfing, I enjoyed learning about a set of lava lamps that are used to drive internet encryption. The lamps are located at the Cloudflare company headquarters in San Francisco. Cameras capture the changes in the patterns and transfer them to a computer that translates it into encryption keys. The randomness inherent to lava lamps reduces the chance that hackers would be able to break the key. The Cloudflare site offers a great primer on random numbers, cryptography, and entropy. At its London office, Cloudflare uses a slightly less-groovy method of random data generation, using a double-pendulum system, which seems a bit more classically British. The Singapore office uses radioactive decay from a uranium pellet as its source.

Given the events of the day, I could use some quality time staring at a wall of lava lamps since I’m not traveling to see a nice waterfall or sunrise anytime soon. There’s also always that stout martini. Who’s with me?