Inviting mediocrity to find an opportunity elsewhere sounds about right to me. Of course, some people may not be the right fit for a particular job, but if you can figure out where they excel, then you have keepers. On the flip side of that equation, if you can’t manage strong talent, then maybe you need to be a better manager. I have found that when I hire good people, they get stuff done, and the impossible becomes possible with a few more weeks of effort. Think about Mayo Clinic, their administrators are docs, they are about the mission, the mission is valid and impactful, and anything that falls outside the mission is ‘reviewed’ for relevancy. They swore an oath and the oath means something. I found that same commitment in the service — plenty of people who were mediocre, and plenty of team players who strove for excellence — you weeded the bad, encouraged the mediocre, and rewarded the excellent. (Brody Brodock)

Can’t imagine having a team full of All Stars! What a headache. Someone needs to do the work and keep the ship moving. Interesting that the bribe is top salary in the industry and keep looking over your shoulder. Can’t imagine what that does for balance and family life. And, take a vacation any time you want because no one is looking. Not so fast, when you get back you find out you lost the race for “who would you fight for competition?” Absolutely crazy. There will come a time when this generation will self destruct. (William Reay) 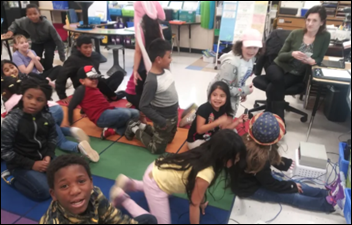 Readers funded the Donors Choose teacher grant request of Ms. W in South Carolina, who asked for civil rights books for her elementary school class. She reported in early March, “Thank you for supporting our students in reading! Through building our classroom library, you are helping to provide texts that the students can read at their own independent level and with texts that engage them. They love reading and learning about social studies topics. With a classroom as diverse as our the Civil Rights Movement is a topic that we all care about deeply. They were so excited and proud to check out and add these new texts to their individual book boxes to read this week! Thank you once again for your love and support of our students and their love of reading!” 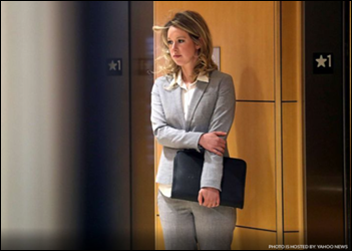 Criminal defense lawyers for former Theranos CEO Elizabeth Holmes will arrange a psychiatric evaluation that they hope to use to support a “mental disease” defense. 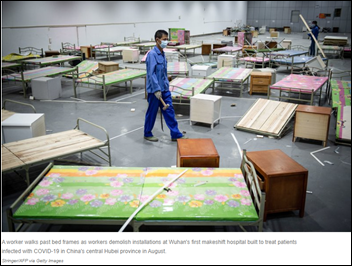 Two COVID-19 field hospitals totalling 2,500 beds that were built in less than two weeks in Wuhan, China in early February were closed one month later, along with 14 other temporary hospitals, when President Xi Jinping declared that the outbreak had ended. The two big hospitals were sealed off on April 15, with state media saying they were both full at one point and that the 1,500-bed one had treated 2,000 patients.

A former EVP of struggling Wheeling Hospital (WV) will receive $10 million as his whistleblower share of the $50 million that the hospital will pay to the federal government to settle charges that it paid doctors based on the value of their patient referrals. The hospital had countersued, saying that Louis Longo was also a partner with Deloitte and did not report his concerns to the hospital’s compliance officer and instead, as a bitter former executive, decided to “extort a settlement.”

The wife of a urologist who has pleaded guilty to Medicare fraud, who was also his office nurse, is sentenced to probation for ordering employees to re-use “certain anorectal devices.” 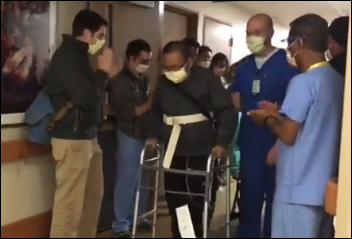 Nephrology fellow Nyan Pyae, MD leaves the hospital after a 106-day COVID-19 stay, including 80 days in the ICU and 26 on ECMO. 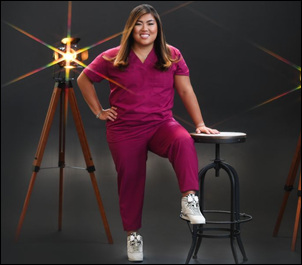