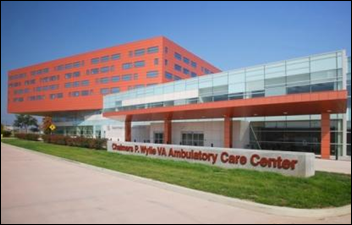 FCW reports that the VA’s implementation of Cerner’s scheduling solution in the Midwest’s VISN10 region will be followed by the full Cerner rollout there. VISN10 will go live on the VA’s 1.1 capability set for small and medium-sized hospitals.

COVID-19 has delayed developing the 2.0 set for its large centers that will go live first at Mann-Grandstaff VA Medical Center in Spokane, WA. Go-live there is set for spring 2021.

VISN10 was the first scheduling go-live because Wylie VA Ambulatory Care Center was a user of the previous Epic-powered MASS scheduling, which is being retired.

I’m assuming that this change explains the VA’s recent award of a $161 million work order to Cerner for infrastructure work in VISN10, which was announced last week without details.

From Legal Beagle: “Re: telehealth medication counseling. The White House has asked the Supreme Court to reinstate a rule that requires women who are seeking pregnancy-ending drugs to make a physical visit to a doctors’ offices or clinics to pick up the pills for home use, which was a previous FDA requirement that was relaxed due to COVID-19 exposure concerns. What science exists to explain FDA’s view that only this particular drug out of thousands requires a face-to-face encounter instead of telehealth for patient safety? ACOG and others are challenging the must-travel rule, which the White House is asking the Supreme Court to overrule even pre-trial.” 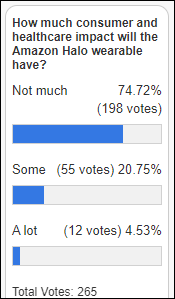 Poll respondent expectations for Amazon Halo are low. Naysayers say the wearable isn’t all that innovative among a plethora of fitness trackers, while one respondent provides this rather brilliant if non-cheery warning: “Imagine if you will a dystopian corporate future where one of the largest companies in the world provides all products and meals in a cardboard box left at your door, your personal data is bought and sold without your knowledge, and they provide you with faceless grey tracking bands that silently tracking your movements and health metrics. Oh wait, I’m describing Amazon today.”

New poll to your right or here, triggered by something you’ll read further down the page: Would you be comfortable working for a company that regularly fires “adequate” employees in seeking only stars?

A reader asked me about leaving the corporate health IT world and hanging out their own shingle in areas such as marketing and PR. If you’ve done that sometime in your career, please share your experience and I’ll run the answers on HIStalk.

Listening: Pentagram. I believe that “Starlady” is one of the most brilliantly written and performed hard rock songs ever, not even counting that it was recorded on a shoestring by a bunch of nobodies. I will listen to that song 10-20 times in a row every now and then just to appreciate the drumming and guitar and the way the rhythm swells and the transitions move it in different directions. Kiss’s Gene Simmons and Paul Stanley watched a mid-1970s rehearsal and decided to pass on signing Pentagram to Casablanca Records because they weren’t pretty (hello, no-makeup Gene Simmons, meet mirror) and Kiss is more of a profit-obsessed corporation than a group of inspired musicians (not to to mention the least-talented band I’ve ever seen play live). I’m due a re-watch of “Last Days Here,” a documentary about Pentagram’s rocky history and its only permanent member and modestly talented Bobby Liebling, whose mental and drug problems created a large group of alumni – 11 guitarists, nine bass players, and 11 drummers. But in the late summer days of 1976, their supernova was captured on primitive recording equipment while the world was distracted by lesser musical lights.

September 9 (Wednesday) 1 ET: “APIs for Data Liquidity in Pandemic Times.” Sponsor: Chilmark Research. Presenters: Brian Murphy, research director, Chilmark Research; Gautam “G” Shah, VP of platform and marketplace, Change Healthcare; Drew Ivan, chief product and strategy officer, Lyniate; and Dave Levine, MD, co-founder and chief medical officer, Datica. This webinar will present the findings from a recently published research report on the state of the healthcare API market. The presenters will describe their work in deploying APIs to enable new functionality to address COVID-19. They will cover the use cases that have been most reliable for enabling effective data liquidity, how developers are using APIs to respond to the pandemic, and how different parts of the healthcare system are making APIs more widely available. 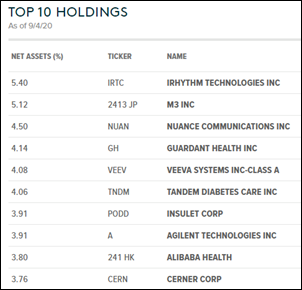 Shares in the exchange traded fund Global X Digital Health & Telemedicine underperformed the broader market in the past month, slipping 1.9% as the Nasdaq index rose 4.2% and the S&P 500 was up 3%.

Shares in videoconferencing tech firm Zoom run up 41% after the company reports strong, pandemic-fueled revenue and earnings, making the company worth more than IBM and increasing the value of shares held by its founder-CEO to $20 billion. I wouldn’t be a buyer given low switching costs and barriers to entry, questionable future demand, and the target on its back that comes with sudden, unplanned ubiquity, but maybe my lack of vision is why I’m not wealthy. A $10,000 investment in ZM on March 6 would be worth more than $32,000 today, or $40,000 had you sold last Tuesday.

Several drug companies that are working on a COVID-19 vaccine will sign a pledge that they will release a vaccine only after data exists to prove that it meets efficacy and safety standards, seeking to reassure the public that White House pressure to get a vaccine on the market before the election won’t affect their science. President Trump suggested Friday that he is involved in the regulatory process, saying that a drug companies have told him that vaccine approval would take 2-3 years under a “a more typical kind of president.” 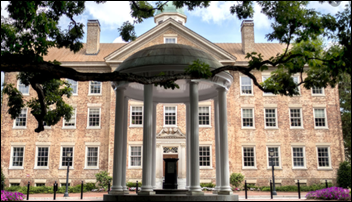 The FBI warns University of North Carolina and other universities that state-sponsored cyberhackers from China, Russia, and Iran are targeting their COVID-19 research data. China is using information taken from the World Health Organization to choose targets and is also using its US university research partnerships to collect information, while China and Russia are using social media to spread disinformation about the virus to fuel the US anti-vaccine movement. 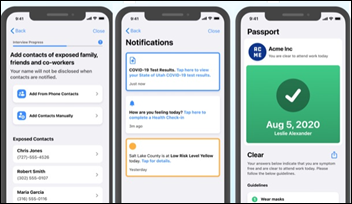 The state of Utah paid $3 million plus $300,000 per month to a small technology firm to develop its Healthy Together contact tracing app that is being used by just 200 people, even after the state shut down its primary but most controversial feature of user location tracking. The primary business of year-old tech firm Twenty, which developed the app, is an meet-up app that targets Millennials. Both founders are BYU graduates.

The WHO says new evidence shows that severe and critically ill COVID-19 patients should be treated with steroids such as dexamethasone, hydrocortisone, and methylprednisolone as a standard of care in first-line treatment. 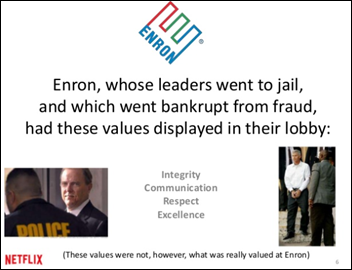 I read an interesting article on the culture of Netflix, which the company makes sure that prospective employees understand before hiring on. Some points: 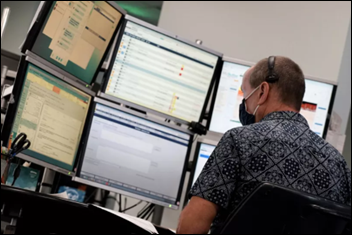 CNET describes Sutter Health’s use of EICUs in two hubs to scale up services to handle up to 600 patients to meet any COVID-19 surge. It also observes the geographic opportunities, such as Emory Healthcare’s use of intensitivists in Western Australia to monitor its patients in Georgia. Sutter says that development of the EHR was the most important for their EICU program, followed by increased bandwidth, high-definition cameras, and cheap LCD monitors.