My organization uses a scheduling app to manage the work arrangements of our 500+ employees. We switched to it a couple of years ago, moving from one that we were starting to outgrow. The hope was that the new one would have more robust features, but in some ways, it was a step backwards because it didn’t have a mobile app at the time of the switch. They promised it would be available in a couple of months, but in reality it took almost a year to deliver.

When I logged in after the Labor Day holiday, I discovered that they had re-skinned the platform. My easily usable and well-ordered list was now represented as tiled buttons across the middle of the screen, forcing my eyes to track all the way across rather than just parsing down a list as I was used to. The vendor included a page on the re-skinning, bragging on their “fresh fonts” and removal of wasted space, although at least for my access level, the amount of white space is unchanged. Hopefully there are some big wins for the people preparing the schedules behind the scenes, but for the majority of us, it was unremarkable.

We’re in the middle of re-credentialing with some of our payers, and I’m shocked at how manual the process is. All the providers have to print, sign, and scan documents as part of the process. I threw a flag on one payer’s play because the document I was asked to sign said I consented to be bound by their Provider Participation Agreement and their Provider Administrative Manual as viewed on a portal I don’t have access to. When I pushed back on our in-house credentialing folks about wanting copies of the documents I was agreeing to, I received a phone call about ‘being difficult.’ Apparently, the majority of my physician colleagues signed it without reading all the terms, which is somewhat concerning. When I finally received the documents 10 days later, there were over 100 pages to read. There’s no mechanism for electronic signature on these either, so I didn’t bother to ask about that. Since I have to print and scan, they can wait a little longer.

CMS will close the comment period for the 2021 Proposed Rule for the Quality Payment Program at 5 p.m. ET on October 5. Due to the pandemic, CMS is focusing primarily on “essential policies including Medicare payment to providers.” Key elements include: an increase in the complex patient bonus; postponing implementation of the MIPS Value Pathways until 2022; and removing the CMS Web Interface as collection and submission types for reporting MIPS quality measures beginning with the 2021 reporting period. Comments can be submitted via Regulations.gov as well as through snail mail or overnight mail. 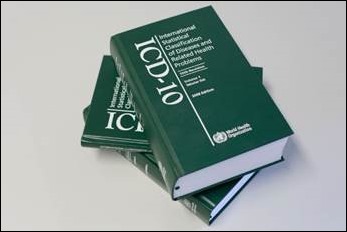 The American Medical Association announced new CPT codes this week, with one intended to help practices charge for the added supply and staff cost generated by operating in the COVID world:

99072 Additional supplies, materials, and clinical staff time over and above those usually included in an office visit or other non-facility service(s), when performed during a Public Health Emergency as defined by law, due to respiratory-transmitted infectious disease.

Don’t get too excited about billing for them just yet. At the same time as they created it, AMA also sent recommendations to the Centers for Medicare and Medicaid Services recommending coverage for them. It will take time for them to be approved by payers, and I suspect that some will try to bundle this code with other services and not pay it, despite its intent. Either way, it only works when we are subject to a declared public health emergency due to respiratory illness, so we’ll have to see how many people actually receive money by billing it. We’ll also see how long it takes EHR vendors to get the code loaded in their systems.

A couple of friends of mine scored some kicky socks at the hospital blood drive. An opinion piece in JAMA Internal Medicine this week highlights the continued inability of many gay men to donate blood. Author Greg Zahner, MD summarizes the history of the restrictions on these donations. For younger physicians and healthcare folks who might not have been around in the pre-HIV world and don’t know the history, or for those who want us to have an adequate supply of blood products, it’s an interesting read. 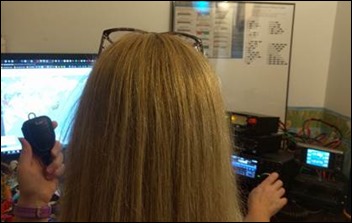 Lots of people have taken up new hobbies during the pandemic, and I admit to some pastry therapy as well as continuing to learn a new musical instrument. A family member double-dog-dared me to sit for the amateur radio licensing exam, which I completed this weekend. The Greater Los Angeles Amateur Radio Group VEC is one of 14 FCC-recognized Volunteer Exam Coordinators. Exams are usually administered in person, but GLAARG has delivered over 1,000 exams via Zoom since April 2020. I have to say the physical arrangements were as intense as some of the high-stakes examinations I’ve taken to further my medical career. Applicants have to be in a room without any potential reference materials and no chance for interruption and are monitored by a panel of three volunteer examiners while they take the online test. There’s nothing quite like welcoming three strangers into your hall bathroom, where you’re sitting with a laptop and a TV table. You have to show the entire room, including floor and ceiling, to make sure there is no contraband.

It was a well-organized process, with applicants first being oriented in a large Zoom waiting room until they were “teleported” to breakout rooms where they went through a pre-check process to ensure good audio and video, and where they made sure all browser extensions were disabled and popups were suspended before being migrated to the actual testing breakout session. Although I had an initial glitch where one of the panel members couldn’t see all of my shared screen, he was quickly replaced by another examiner. The exam went smoothly with instantaneous grading and electronic signatures on the FCC-required documentation. Even with taking the exam during a holiday weekend, the FCC processed my license quickly and I was ready to hit the airwaves on Tuesday morning.

It’s been fun learning something completely new, although there were some exam questions dealing with the effects of radio frequency emissions on the human body as well as those on how to avoid being electrocuted that overlapped with my previous studies. The amateur radio community is a welcoming bunch, and to any of you out there, I send you a hearty “73.”

Did you try new things or pick up a new hobby during the pandemic? Leave a comment or email me.