HHS is basically acting as the caricature of a bad middle manager. Micromanaging EHR vendors despite the fact that they themselves have not been successful in performing the mandated task (Medicare Part D database, DoD project, etc.); no clear line between why they’re asking you to do something and the task itself; and ignoring both internal evidence (their own OIG) and external evidence (public comments) that contradicts their stated goal. (Elizabeth H. H. Holmes)

CPSI mentioned in their earnings that they are seeing less interest from Cerner in the small hospital market and they can sell at a higher price now that Athena is gone. (What)

Once Carolinas made the transition to Atrium, the process of implementing Epic was coming, as the other system that was acquired was running Epic. It’s not really a rip and replace like AdventHealth. It was a merger of Epic and Cerner and they determined that they wanted Epic as the integrated system. (Associate CIO)

What the authors get wrong [in urging that EHR vendors not be allowed to offer continuing medical education] is trying to compare the pharmaceutical industry to the EHR industry. With pharma, there’s a direct relationship between the pharma activity and the opportunity to influence the decision maker. If a pharma company offers CME at a fancy hotel in a desirable location, I can learn about their drug and go home to my practice and prescribe their drug immediately. With EHRs, that isn’t remotely possible. Physician input into the healthcare IT budgeting process certainly is not a direct relationship, and in most organizations, at best can be considered something we may influence but rarely have purchasing authority. (Mark Weisman) 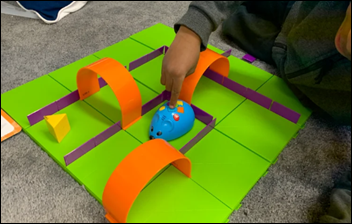 Readers funded the Donors Choose teacher grant request of Ms. L in Wisconsin, who says of the programmable robot mouse kits her class received, “Thank you so much for supporting this project! The materials arrived so quickly! My students were really excited to see the boxes arrive. We opened them together and they were gleeful when they saw the mouse robots. We spent about 20 minutes together to learn how to program the mouse robot. There was a lot of excitement. On Friday, I placed them in our robot centers. My students had a great time setting up mazes for the mouse. They then programed the mouse to reach the cheese. They still needed reminders that if the code didn’t work. They needed to start over a try a different code. With time they will get better at it.” 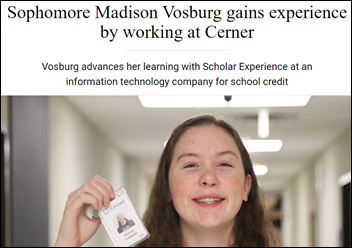 The newspaper of a Shawnee, KS high school profiles sophomore Madison Vosburg’s Cerner Scholar Experience, where she is working on fine tuning Cerner’s voice assistant Gina. She works at Cerner every school day from 1 to 3 p.m. and hopes the experience will help her land a technology job, maybe even at Cerner. 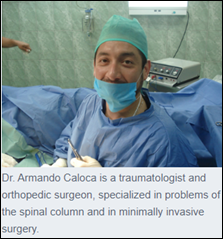 An uninsured freelancer couple who live part-time in Mexico describe their experience with having the husband’s ankle repair surgery in Tijuana for $2,000 instead of the $27,000 quoted at NYU Langone. The private practice surgeon assured the wife that his clinic was safe, his infection rate low, and his success rate high, and when asked whether a higher-priced clinic would do a better job, he said, “It’s just a foot.” The couple had qualms about the building’s shabby exterior, its lack of air conditioning, and the surgeon’s use of epidural anesthesia instead of general. The surgeon became gruff when they called him for better post-op pain control, but he explained afterward that he was frustrated at the clinic’s undertrained employees and Americans who keep showing up wanting opioids. The couple says they were sometimes frustrated with cultural differences that left them unsure how to proceed or unable to communicate with staff, but are happy with the outcome. Their doctor admitted that Mexico is like the US – you get better medical care if you have money.

A former hospital pharmacy technician pleads guilty to stealing 13,000 pills, mostly opioids, from the hospital. She found a loophole in the automated dispensing cabinet’s software that allowed her to withdraw meds for a closed unit and then delete the administration record, which bypassed the system’s tracking function.

A home inspector finds jars of human tongues stored in a house’s foundation, later determined to have been placed there by a former University of Florida professor and dental researcher who forgot them when he moved out.