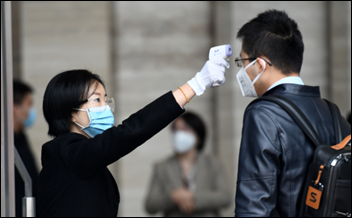 China’s COVID-19 containment efforts include requiring online and physical pharmacies to capture the ID card information of anyone who buys over-the-counter fever or cough medicine and send their identity to the government for follow-up. 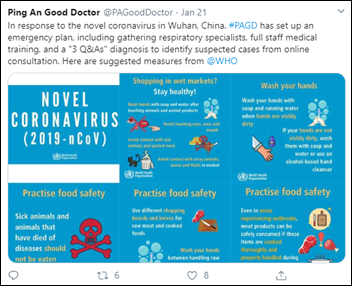 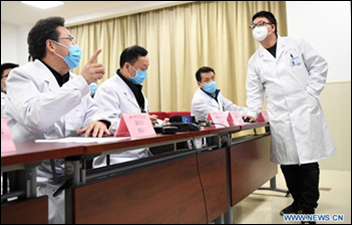 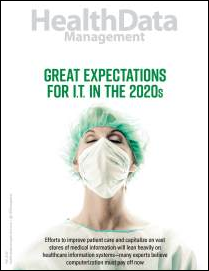 From Tally Ho: “Re: Health Data Management shutting down. That just leaves the former Healthcare Informatics as an independent, dead tree health IT publication.” I don’t know anything about any of them since I’m not a reader, but the former Healthcare Informatics has apparently undergone some corporate gyrations, too. Private equity-backed Endeavor Business Media was formed in 2017 to buy trade publications and has accumulated a bunch of them, including Healthcare Informatics (which it bought, along with its summit meetings business, from Vendome Group, which closed its doors immediately afterward) and Health Management Technology (from NP Communications). It merged those publications, both of which had been publishing for 40 years, into Healthcare Innovation. Its focus now is on events that include Hosted Buyer Summits, the sales-oriented concept it gained from another acquisition. Googling for background reminded me of the once-hot thing Institute for Health Technology Transformation (IHT2), which was acquired by Vendome in 2013 and went missing shortly afterward.

From Ben Gender: “Re: your People section. I know women are getting new jobs, but they aren’t equally represented in HIStalk. I went through eight months of posts and 70% involved men.” I publish every health IT hire I see as long as (a) the new job is VP level or above; and (b) the person has a connection to the industry. In other words, it’s not a new CFO who came over from a poultry processing plant. I look at all new hire announcements as well as scouring my LinkedIn connections for unannounced job changes, so if I’ve missed anyone, it’s because nobody announced anything and I was short on omniscience. 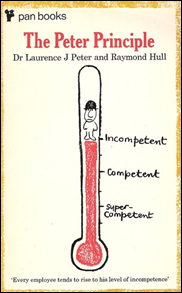 From Promo: “Re: my job. Loved it, lost it, looking.” I’ve never lost a job that I loved through adverse circumstances (layoff, reassignment, management conflict, etc.) because those key issues had already made me anxious to bail and I just needed someone else to pull the trigger. More common, I suspect, is accepting a promotion to a job you’ll eventually hate (for many technical or clinical folks, that means all levels of management) instead of staying with one you love and for which your talents are more appropriate. I’m annoying in always bringing up the Peter Principle – you get promoted until you finally reach a state of unhappy incompetence, then get stuck there because there’s no graceful way to go back down the ladder.

From Inferior Consultant: “Re: HITECH. Twitter users remind is that it’s the 11th anniversary of the $35 billion HITECH program and ask whether its 11 principles of health IT are being met.” Here are the mandated ONC responsibilities and my grade on each.

Thanks to the reader who alerted me that I forgot to enable the “multiple answers” option on this week’s poll. I’ve fixed it and reset the results, so please vote again. 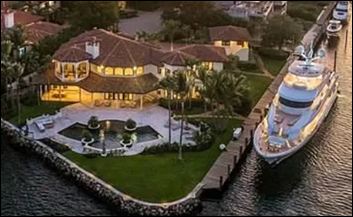 I’m not sure why I thought about HBOC’s legendary book-cooker Charlie McCall today, but assuming he’s still alive, he is now 75 and presumably still a federal inmate for his role in our industry’s version of Enron. Here’s one of his Florida houses that I ran across while Internet snooping. It’s for sale at $10.8 million if you’re flush. Former McKesson CEO Mark Pulido — who pushed through the $14 billion HBOC acquisition despite investor resistance and surely regrets letting Charlie snooker him — sits on Inovalon’s board, was chairman and CEO of Ability Network through April 2018, and is now focusing on making great Cabernet with his wife at Pulido-Walker Cellars (fun fact: the label on the $240 bottles contains an apothecary symbol – Pulido was raised in Tucson, AZ and graduated from University of Arizona as a pharmacist). I started to Google stalk Charlie’s HBOC lieutenants Al Bergonzi, Jay Lapine, Richard Hawkins, etc. but realized that I don’t really care after all these years. I’m sure they’ve done well because that’s how wealth redistribution works for rich guys – you take their money and five years later they’ll have it back. 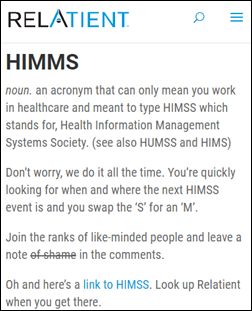 I was Googling for clueless companies that tout their participation in the “HIMMS” conference when I found this clever web page from Relatient. Well played, although a nitpicker would note the missing “and” in the HIMSS name. 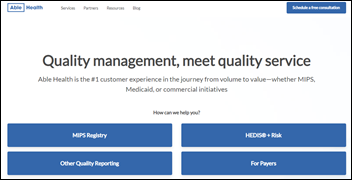 India-based Manorama Solutions will integrate Allscripts DbMotion with its EHR software. A quick glance at the company’s name in the headline made me think that it was an entirely different sort of business.

I was looking at future HIMSS conference dates and was surprised to see that Chicago – where HIMSS is located — is back in the mix for 2023 after failing miserably twice before (Strike 1 for HIMSS12 was the high cost of dealing with indifferent McCormick Place union workers, Strike 2 for HIMSS19 was finding that RSNA got lower hotel room rates). That pushes HIMSS23 back to the more blizzard-friendly dates of April 17-21, several weeks later than usual. I enjoyed Chicago last time because I rented a house near the White Sox’s Guaranteed Rate Field (what a horrible name), took Lyft back and forth to McCormick Place, and steered clear of the sterile hotels and overzealous glad-handers in favor of a quiet neighborhood that was near Greek and dim sum places. It was HIMSS09 (the year that both Cerner and Meditech elected to pass on exhibiting, as I recall) when the land bridge leading to the opening reception showed near-whiteout conditions on April 5. Coat check folks made mint.

Radiologists who work for big tech companies launch a “Ditch the Disk” campaign in touting image sharing that goes beyond CDs (spoiler: they work for companies that stand to make money from disk-ditching). 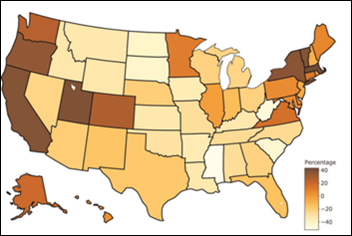 Researchers question whether smartphone-based research studies, such as those powered by Apple’s Research app, can ever provide generalizable results since so many participants drop out. Most of the eight studies that were reviewed could not get an ethnically and geographically representative sample of participants. The biggest drivers of ongoing participation were (a) having the study recommended by a clinician; (b) being paid; (c) being diagnosed with the condition being studied; and (d) being at least 60 years of age. The authors recommend that studies start in soft mode for the first week or two so that early dropouts won’t affect the result. They also note that a positive outcome is that researchers can study the dropouts to figure out why people in general aren’t interested in participating in research projects. 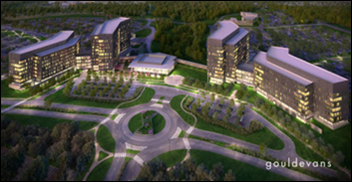 The local paper questions whether Cerner will meet its obligation to add retail stores to its $4.5 billion, 290-acre South Kansas City, MO Innovations Campus as required by its $1.63 billion incentive package. Cerner says it is struggling to attract developers that can meet the tax break’s requirement that they be owned by women or minorities and that they pay a prevailing wage. Cerner wants to amend the deal so it can sell off the retail part of the property and give up the incentives. A Cerner VP admits that the company had “total ignorance” about the process. The only development so far is a Hampton Inn and a Taco Bell, while locals who were anxious to gain access to restaurants and stores in return for the city’s diverted money still have to leave town, along with the Cerner employees who hit the Interstate to go home elsewhere without contributing to the local economy or culture.

Four hospital patients in Montana sue Ciox Health, claiming that the company overcharged them for copies of their medical records. The state caps charges at $0.50 per page for paper copies plus a maximum of $15 for retrieval. Ciox Health billed one patient $902 last fall, which included the allowed per-page and retrieval fees plus $56.80 in shipping even though the records were delivered electronically. The hospitals involved were also named in the lawsuit.

A South Carolina physical therapist who was fired for falsifying patient records for services he didn’t perform blames his heavy workload and faulty software that forced him to make entries on incorrect patients. The state has fined and reprimanded him.