Trigg has been with the company for 18 years. He will head up the company’s clinical EHR, RCM, and strategic growth businesses.

Peterzalek’s client relationship responsibilities will be expanded to include services, consulting, support, and hosting. He will also be charged with establishing a client success office.

Former president Zane Burke left the company in November 2018 and was named CEO of Livongo a month later. Cerner assigned his responsibilities to 17-year veteran Peterzalek under the chief client officer job title, but did not say at that time who, if anyone, would be named president.

From BigJimbo: “Re: NRC Health. Has had a malware attack and data breach – call transcript attached. Wondering why this isn’t in the news yet. It’s also interesting that it says it isn’t technically a HIPAA breach but rather a security incident.” Monday’s call transcript says the publicly traded Nebraska survey company – a business associate of many health systems — was affected by a ransomware attack on February 11 that disabled 40% of its servers even though the company shut its network down quickly. They claim the event isn’t legally a reportable breach, which is true only if no patient data was involved  — HHS has specifically said that ransomware is a reportable HIPAA breach if patient information is encrypted because that constitutes impermissible disclosure, unless the company can prove that it was not otherwise exposed (which I don’t think any company has ever been able to do since hackers are always anonymous).

From What’s Up @ Forte?: “Re: Forte. We’re implementing its clinical trials software. They were acquired by Advarra last fall. I hear from my implementer that they are losing several senior people.” I don’t know, but will invite readers to respond. The company’s leadership page has dropped from 26 to 12 people, but nearly all of the 12 were part of the larger team. 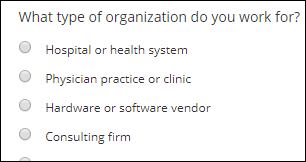 I’d like to get more responses to my once-yearly reader survey – especially from provider readers so that the sample is representative – so please take a couple of minutes to fill out the form. Responses tell me about reader jobs and experience, which HIStalk features they like or don’t like, and what changes they would like to see. I’ll summarize the results in a few days and draw for one or more $50 Amazon gift card winners. 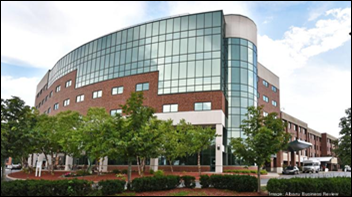 Department of Health officials discover that Glens Falls Hospital (NY) tried to cover up nearly $70 million in lost revenue due to a “catastrophic” Cerner billing system rollout when the hospital applied for approval to affiliate with Albany Medical Center. The hospital attributed its revenue losses to fewer surgeries and Medicare patients instead of admitting that its billing system didn’t work properly for nearly two years. 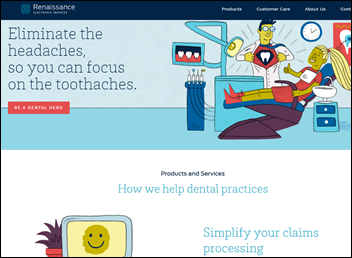 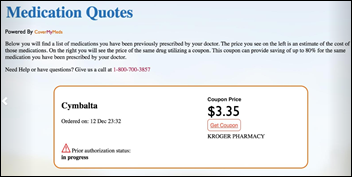 CoverMyMeds integrates its prescription app with Epic MyChart, allowing patients to see the status of their prior authorization requests and to review the cash price and discount coupon alternatives. 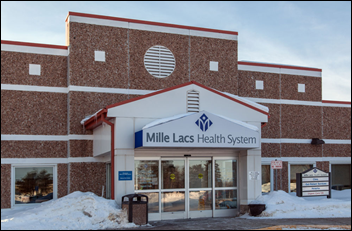 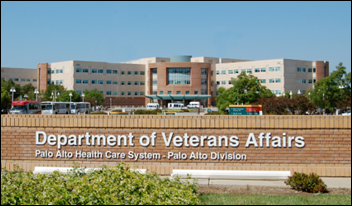 VA officials reveal that Verizon is providing 5G capabilities at its hospital in Palo Alto, CA, while Microsoft and Medivis are supplying surgical visualization tools that incorporate augmented reality and AI. Surgeons wearing Microsoft’s HoloLens glasses can tap into detailed medical images and a patient’s medical record while using Medivis’s interactive 3-D modeling software during procedures. CMIO Thomas Osborne, MD sees medical education for staff and patients as the next use case for the combined technologies. 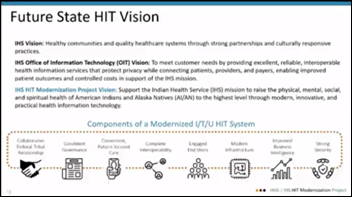 Indian Health Service CIO Mitchell Thornbrugh says its VistA-based RPMS system will most likely be replaced by a commercial EHR next year. He is open to a multi-vendor approach and hopes to achieve interoperability with the VA’s VistA replacement,  Cerner. 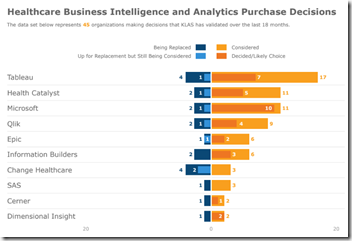 A new KLAS report on healthcare business intelligence and analytics names the “A-List” as Tableau (the most-considered vendor), Health Catalyst, and Microsoft. It says Microsoft’s BI solution is surging now that it can be packaged with Azure, while KLAS seems puzzled about why Dimensional Insight isn’t better known among prospects since it has the highest overall performance, a high retention rate, and a 100% “would buy again” from customers. KLAS finds that IBM and SAP “have become almost irrelevant in current purchase decisions” because their tools and their willingness to partner with customers lag the market.

Hackers are using COVID-19 hysteria to their advantage, sending fake emails from WHO and the CDC that warn them that the virus has reached their city, then direct them to phony websites that ask for their personal information.

Vanderbilt University engineers develop a tool to help researchers analyze diagnosis codes and EHR data simultaneously, allowing them to uncover connections that may help in earlier disease detection and management.

A Surescripts survey of 1,000 consumers finds that physician-initiated conversations at the point of care about prescription prices can dramatically improve medication adherence rates: 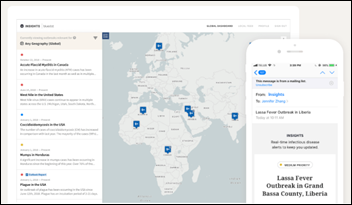 Wired profiles BlueDot, a Canadian company that has developed an illness outbreak and tracking app that identified the COVID-19 outbreak several days before WHO and the CDC. The app also accurately predicted that the virus would spread from Wuhan to Bangkok, Seoul, Taipei, and Tokyo. The app, which was developed by an infectious disease specialist, takes in data from global news reports, airline ticket sales, and animal disease outbreak reports and applies an AI-powered disease surveillance algorithm to extract relevant information. Customers include governments, businesses, and public health organizations. 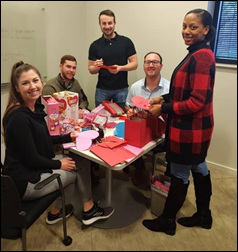