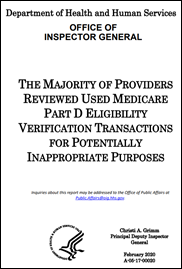 HHS OIG finds that CMS’s lack of oversight of its Medicare Part D eligibility database has allowed companies to submit millions of inquiries to harvest the personal health information of Medicare beneficiaries, potentially for use in telemarketing scams.

OIG looked at 30 pharmacies that are heavy users of the system – which processes E1 transactions that verify prescription eligibility — and found that 98% of them weren’t filling prescriptions for the patients whose information they retrieved. Those 30 providers submitted nearly 4 million eligibility verification transactions from 2013 to 2015. 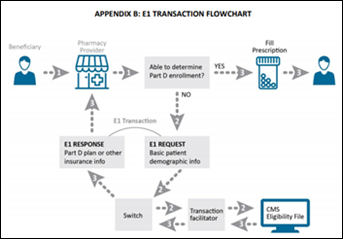 Four of the pharmacies allowed outside telemarketers to use their provider numbers to do their own patient lookups. One provider had agreements to provide patient data to six marketing companies, who used that provider’s ID to submit 100,000 E1 transactions. An unnamed pharmacy management software company’s access was blocked after it responded to a CMS questionnaire.

HHS OIG has launched an investigation that it says will include several providers.

The report recommends that CMS (a) monitor providers whose E1 transaction volume is high compared to the number of prescriptions they submit; (b) issue guidance to remind users that E1 transactions cannot be used for marketing; and (c) make sure that only pharmacies and other authorized entities are submitting E1 transactions.

In a possibly related story, Surescripts terminated network access to healthcare data vendor ReMy Health last fall, claiming that the company was requesting patient and insurance information using the NPIs of providers who hadn’t treated those patients and then selling the information to drug marketing websites, including Amazon’s PillPack pharmacy. ReMy Health’s website is offline and former president Aaron Crittenden’s LinkedIn says he left the company this month and now serves as a business consultant for prescription discount vendor GoodRx. 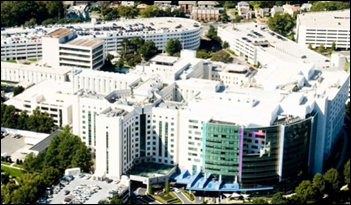 From Nightly Job: “Re: Atrium Health. Confirming that it is moving to full Epic in replacing Cerner and other systems. No announcement was made, but kickoff meetings start this week.” I assume that replacement includes Macon-based Navicent Health, a longtime Cerner user that Atrium Health acquired last year. Atrium Health has nearly as many hospitals and employees as AdventHealth, which announced last week that it will also replace Cerner with Epic.

From Bicuspid: “Re: clinical software implementation and upgrades. What are some best practices for getting go-live user feedback and providing updates?” I can only speak from my personal experience, but here you go:

From Piney Woods: “Re: [medically related site name omitted.] They haven’t shut down yet like Health Data Management, but they are cutting back on conference coverage and have started running vendor propaganda pieces for cash, which they swore they would never do.” I’ve decided that Epic is to health IT news sites as Craigslist was to newspapers. They have marginalized or killed off a lot of software companies that advertised, and since Epic doesn’t run ads for the most part, that leaves a big void for sites that until recently had all kinds of cash-waving vendors jockeying for eyeballs. Sites with high expenses or an unattractive audience of non-decision makers will have to shrink for sure now that the Meaningful Use gold rush is over. Some of the health IT sites are so inexpertly done that I’ve always marveled that they commanded advertisers even in boom times, but this particular somewhat related one is the only site I envy for its quality, the community it has created, and the smart way it monetized that audience without shamelessly pimping itself out. 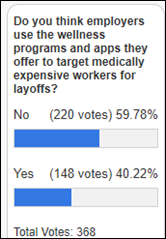 Only 40% of poll respondents think employers use their employee wellness programs and apps to rid themselves of workers who incur high medical costs. Alex says we overestimate employers since they probably don’t even remember that they offer wellness programs until contract renewal time. T. Morris says companies would be stupid to risk being called out for such behavior, but another respondent’s firsthand experience is that companies target employees with cancer or even those who have taken maternity leave. Realistic CIO says self-insured employers surely track their high-utilizer employees and/or family members, but most aren’t heartless enough to shed that cost as much as they would probably like to do so.

New poll to your right or here: Which organization would you trust to keep your identifiable health information private? (you can check more than one). 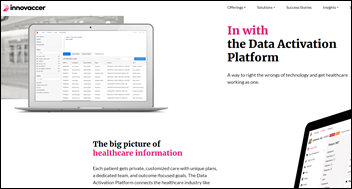 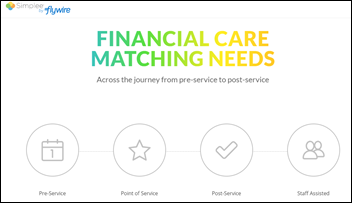 London’s Royal Free Hospital blames a Cerner upgrade error for the non-delivery of 30,000 letters to patients and doctors over six months, with the hospital convening an internal inquiry into whether patients were harmed as a result. 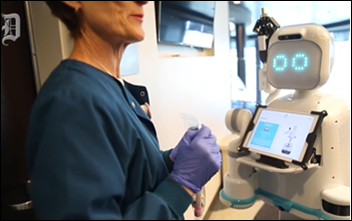 The local paper covers the use by Medical City Dallas’s use of robots from Diligent Robotics for deliveries.

I was surprised when a reader told me that Health Data Management has shut down abruptly after 25+ years. Parent company Arizent — which renamed itself from SourceMedia a month ago – recently restructured under a new CEO, who replaced the whole executive team and announced plans to move beyond B2B publications. Arizent is owned by Observer Capital, whose initial holding was Jared Kushner-founded publisher Observer Media. I’m puzzled that they’re closing the HDM doors instead of selling, although maybe they tried and found no takers. They’re also killing off Information Management magazine.Fun fact: Bahrain-based private equity firm Investcorp paid $350 million for SourceMedia in 2004, split off the business unit that assigns banking routing numbers in 2009, sold that business for $530 million in 2011, and then sold the rest of the company in 2014. I’m sure Lorre will make it easy for any interested former HDM advertiser to become an HIStalk sponsor.

An article in Academic Medicine calls for EHR vendors to be treated like drug companies in not being allowed to offer accredited continuing medical education. The authors say EHR vendors could use CME events to influence doctors who are involved in EHR decisions.

Psychologists and public health experts explain why people all over the world are unreasonably scared of COVID-19 – which has infected just a handful of Americans and caused just 1,100 deaths worldwide – when plain old flu killed 34,000 Americans last year and 61,000 the year before. They say human brains evaluate threats irrationally:

AGS Health provides revenue cycle and coding services that ease our customers’ administrative and financial burden, enabling them to focus on their core mission of high-quality patient care. We do this by delivering unprecedented quality and liquidation results, often delivering 3-4x ROI. (Sponsor Spotlight is free for HIStalk Platinum sponsors).