It’s kind of absurd that you’re talking about robotic process automation as an innovation. Using computers to automate navigation and administration of our bloated regulatory structures is not innovation. It doesn’t help patients or improve care in any way. It only helps organizations improve their bottom line. The best innovation we could unleash would be to adopt a single payer healthcare system. Innovation should be focused on improving care, not doing paperwork. (Elizabeth H. H. Holmes)

In my opinion, workflow design (and of course system design) questions are often difficult conceptual problems, and they take a good deal of focused thought to come up with a sensible answer. Confounding the problem is the fact that a good design, once clearly laid out, is deceptively easy to follow and understand, leading to the mistaken idea that it was equally easy to come up with. Thus people don’t generally have an adequate appreciation for the task of design. Thus they sometimes aren’t prepared to devote the time and focus actually required. As my high-school English teacher used to tell us: “Anyone can take a simple problem and make it complicated. It takes a genius to take a complicated problem and make it… anyone? anyone?” (Clustered) 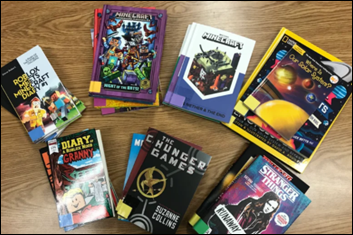 Readers funded the Donors Choose teacher grant request of Ms. K in Illinois, who asked for several books for her elementary school class. She reports, “These books have been such a wonderful addition to our classroom library. They are so popular that I cannot keep them on the shelves and students eagerly wait for their classmates to finish the next book in the series. While it previously felt like a struggle to get some of my students to read, now, nearly every student in my class is found reading whenever they get a chance. When students finish their work before others, they take out their book and read. When students need to take a short break from instruction, they take out their book and read. When students go home at the end of the day, they take out their book and read. These books have made such a positive change to our classroom, and it would not have happened without your help.”

Microsoft patents a “Black Mirror”-like process of turning data about a person – even a dead one – into a chatbot that includes a 3D rendering, a voice, and the trained ability to converse like that person. 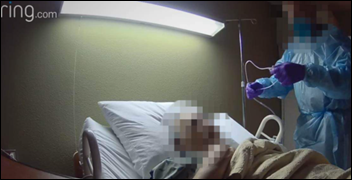 The family of a nursing home patient who was allowed to install a security camera in his room to monitor his care captures him dying after his oxygen cannula dislodges. The footage shows the 80-year-old patient, who was infected with COVID-19, gasping for air just after 4 a.m. after not being checked for nearly four hours and with a nurse call button that was draped over the bed railing where he couldn’t reach it. His daughter noticed his situation, but her calls to the facility were not answered and nobody came to its door when she frantically showed up in person. 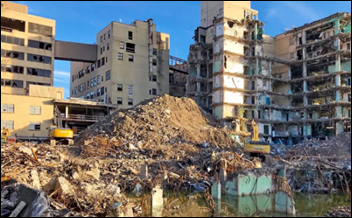 Two Chicago-area broadcasters launch a podcast that covers the history of Edgewater Hospital, which was built as a high-end facility in 1929 for patients like Frank Sinatra, was the birthplace of Hillary Clinton and serial killer John Wayne Gacy, and then was closed in 2001 after its management company and some of its doctors were caught running a massive fraud scheme. The hospital became a popular destination for urban explorers who found the interior to be intact from the moment the doors were closed until it was mostly torn down in 2017. 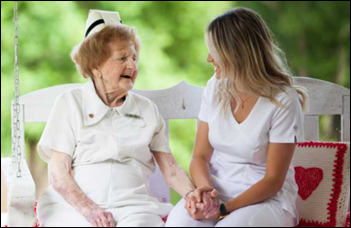 A new nurse in North Carolina has photos taken with her 98-year-old great-grandmother, who graduated from nursing school in 1942. 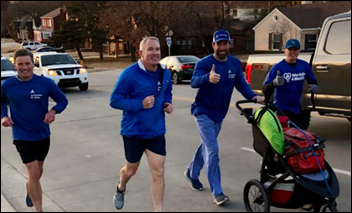 The director of performance improvement at Ascension St. John Medical Center runs 46 miles from another Ascension hospital in a 10-hour tribute to “nurses and the marathon they run every day.” Wyatt Hockmeyer gave out 85 medals to healthcare workers in the two hospitals on behalf of Medals4Mettle, which awards medals that have been donated by endurance athletes to those who are fighting serious illness.