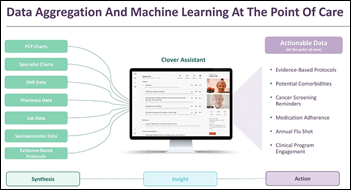 Shares in Medicare Advantage insurer Clover Health began trading Friday on the Nasdaq. The company, which went public in a reverse merger with a SPAC, is valued at $7 billion despite a low Medicare star rating, availability in just some counties of eight states, and 50,000 members.

From Plymouth Meeting:: “Re: hospital IT meetings. What would you do to improve them?” Ideas:

My once-yearly and newly shortened reader survey takes seconds to complete and will earn you my gratitude and possibly a randomly drawn $50 Amazon gift card. I don’t know who’s reading otherwise since I don’t require registration or hide articles behind a paywall. Thanks. 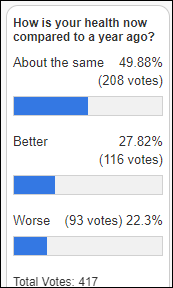 Less than one-fourth of poll respondents say their health is worse now than a year ago.

New poll to your right or here: Is more than 10% of your net worth invested in health IT-related company shares or equity? I make it a point to not hold any such ownership since I don’t think it would be right as someone who reports news and rumors, but I suspect it’s common and entirely reasonable for employees of publicly traded companies to hold shares in their retirement or incentive plans.

Welcome to new HIStalk Platinum Sponsor Sphere. The Nashville-based financial technology and software company’s cloud-based platform is used by the country’s largest health systems to reduce friction and facilitate better, more secure patient payments in a single platform. Its integrated payments offering supports the native workflows of leading EHRs such as Epic, while its Health IPass solution enhances provider revenue collection and a streamlined consumer experience from appointment to final payment. It includes security and fraud tools, API integration, robust reporting and reconciliation, support for billing plans and tokenization, and support for all payment types and flexible spending accounts. Thanks to Sphere for supporting HIStalk.

January 13 (Wednesday) 2 ET. “The One Communication Strategy Clinicians Need Now.” Sponsor: PerfectServe. Presenters: Clay Callison, MD, CMIO, University of Tennessee Medical Center; Nicholas E. Perkins, DO, MS, hospitalist and physician informaticist, Prisma Health. Healthcare organizations are leveraging their current investments and reducing their vendor footprint, so there’s no room for clutter in healthcare communication. The presenters will describe the one communication strategy that clinicians and organizations need today, how to improve patient experience and protect revenue, and how to drive the communication efficiency of clinical teams. 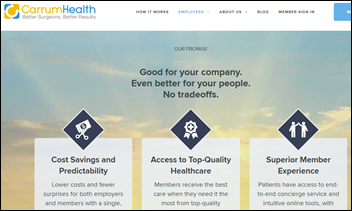 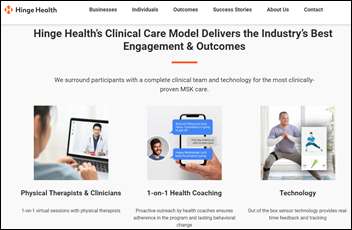 Hinge Health, which offers employers and insurers sensors, apps, and coaching to prevent and treat chronic back and muscle pain, raises $300 million in a Series D funding round, valuing the company at $3 billion. The company plans to launch an IPO in 2022.

KLAS takes a look at the hospital EHR market in Canada, which in many cases involves group- or province-led collective decisions that are intended to keep costs down. Meditech leads Epic in hospital count, but has lost some market share as 88 big-system hospitals have replaced Meditech with mostly Epic from 2015 to 2019, while 31 legacy Meditech hospitals have upgraded to Expanse. Customers report satisfaction with Expanse, but say they could have used more guidance and best practices before going live and a better idea of the maintenance requirements afterward. Satisfaction with Cerner is stable, but customers say the Citrix-heavy client-server footprint requires a lot of maintenance, although experience with Cerner’s recently introduced remote-hosted option is good. Allscripts hasn’t had a new Sunrise sale in Canada in the past 10 years, Harris Healthcare is rarely considered in new deals, and Telus Health’s Oacis is rarely considered and hasn’t sold since 2015. 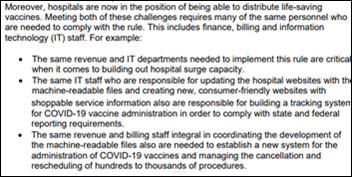 The American Hospital Association lost its lawsuit challenging the federal government’s hospital price transparency rule last week, so it now asks HHS to not enforce it, saying that hospital IT employees are too busy with COVID-19 work. 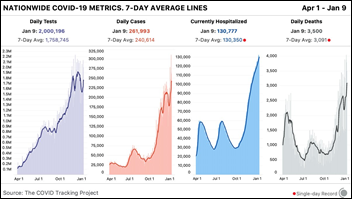 Saturday’s COVID-19 stats: 3,500 deaths and 130,777 patients in hospitals. Last week was the highest number of cases, hospitalizations, and deaths of any week in the pandemic.

Denmark’s CDC warns that the B117 variant is so contagious that it will become the dominant virus in the country and likely the world by mid-February. Even Tier 4 restrictions – stay-at-home requirements, closed shops, no public gatherings, no overnight travel – will not stop its spread, they say, as UK districts under Tier 4 stay-at-home orders are seeing a 10-fold increase in B117 cases every three weeks. US FDA says existing TaqPath and Linea tests can specifically identify the B117 variant and retesting previous positive samples to see whether B117 was involved does not require its approval.

The UK approves use of two rheumatoid arthritis drugs – tocilizubam and sarilumab – for treating COVID-19 patients in the ICU, where they appear to reduce the risk of death by 24% if given within 24 hours of admission.

California’s slow COVID-19 vaccine rollout is being partially blamed on problems with PrepMod, the state’s vaccine management system that coordinates waitlists, tracks inventory, and sends proof of vaccination to patients. The system, which is used by several states, appears to have been developed by the non-profit Maryland Partnership for Prevention. California’s COVID-19 testing program was hampered last year by problems with the CalREDIE results data collection system. The state says it knew that both systems weren’t ideal for their current use and is designing replacements.

A large study of discharged COVID-19 hospital patients in Wuhan, China finds that three-fourths still have symptoms six months later, including fatigue, insomnia, depression, anxiety, and lung problems. Excluded from the study were the sickest people, such as those who could not be interviewed or who were readmitted in the six-month period.

Experts question whether health systems and states that use online systems and other technology for COVID-19 vaccine administration are limiting access to elderly, low-income, and rural populations.

The city of Nangong, China will pay $75 to anyone who reports a resident who has not received a mandatory COVID-19 test. Areas with outbreaks of a few dozen cases are being locked down, every resident is being tested, highways have been blocked, and some cities allow only one member of a household to leave their homes every days to buy supplies. 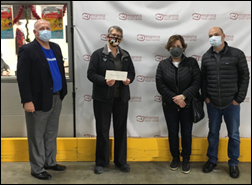