I empathize with providers who negotiate with many many plans, each with their own waivers, to give a price for every procedure/ bundle and therefore price transparency is a non-trivial problem for them. And, I don’t want them to publish their fictitious list price. As a cash-strapped buyer who just wants to know what I will be billed when my PCP orders a dermatology test for a sun spot that I’ve had for 10 years, what am to do? My first inclination is to at least publish the Medicare price. (David)

I absolutely hate when non-clinical people compare healthcare with any other industry. My question – how would this restaurant change its business model if it is mandated that anyone who comes in through a special side door has to be given free burgers? It is not the cost transparency that is causing the problem, it is the cost bloat. The costs are higher than anywhere else. And, let’s not forget the fact that someone’s extra cost/waste is another person’s income, be it pharma industry or doctors. (Restaurant and hospital)

The government actually worsened the opioid crisis by threatening financial penalties to MDs that did not meet patient satisfaction with pain control. The Joint Commission also made similar threats, including their love of the fifth vital sign and recommending the overprescribing of narcotics. So now, they have swung the pendulum fully opposite. Its about time to let MDs be MDs and stop the madness. (meltoots)

With MHS Genesis, I think the majority correctly see the pilot as a test. (Maybe I’m just projecting.) I can’t fathom how any vendor would treat the pilot as anything but their opportunity to put their best foot forward. I think this IS the best foot we’re going to get from these guys. It’s a test and the grade is F. (Vaporware?)

When I was at Epic, this is why I didn’t want Epic to win the DoD bid. There is no way Epic could’ve gotten the level of control they normally have over the project, which is still (unfortunately) necessary to get decent results.(Dodged a Bullet)

We can all bash Cerner as much as we want, and they have earned their fair share of the blame, but the fact is it didn’t matter who won this bid, we still would have had major issues using a commercial product in the Government arena. At its core, the problem isn’t Cerner, Epic, or any of the actual technology vendors. It’s the federal government, an organization that continues to go unchecked. (Associate CIO)

The Big Winner here is Leidos which holds the contracts for the DoD in place systems (CHCS the current EMR, which Leidos/SAIC says it claims proprietary IP rights and won’t let any other company touch) and other third-party applications. Contracts for development, support, and sustainment. So, the Big Whiner is Cerner. Why? Because it’s in Leidos’ best interest to slow play the DoD as long as humanly possible. The MHS Genesis project will run horribly over budget and Cerner will take a black eye and whine about it the whole time. (Big Winner Big Whiner) 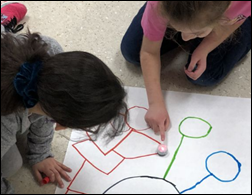 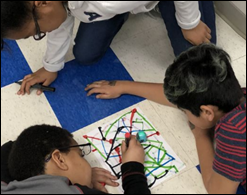 Readers funded the DonorsChoose teacher grant request of Mrs. J in Arkansas, who asked for three programmable robots for her third grade class. She reports, “The Ozobots are amazing! My students have gone crazy over them. They are using color coding markers to manipulate and program the robots, coding them to make different moves and change colors. My students are collaborating, thinking critically, and working together while they experiment and learn to code. All of these skills are critical in preparing them for their future.” 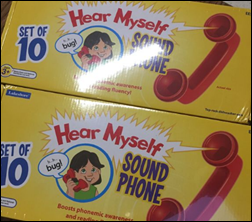 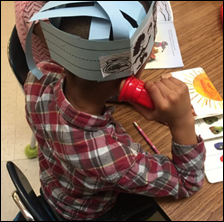 Also checking in was Mrs. M from North Carolina, who asked for 20 Hear Myself Sound Phones for her first graders. She says, “It was a dream of ours that we never thought would be possible. You have made it a reality. They just arrived and the students have already used them. We practiced as a whole group and they could not believe how their voice sounded through the phone. We will use them regularly. It was like they were hearing themselves read for the first time all over again. It was such a joy to watch and we have you to thank for that.” 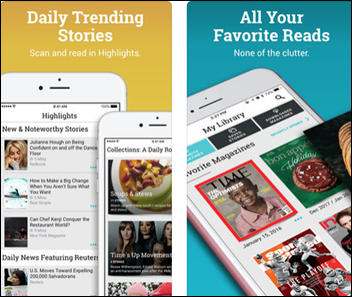 I subscribed to Texture even before Apple bought the “Netflix for magazines” company a few weeks back. Its app offers current plus back editions of 200 magazines, allows downloading issues for offline reading, and presents a cool dashboard of new articles that your reading history suggests that you will like, all for $6.95 per month. It replaces subscriptions I had paid for at one time or another, such as Consumer Reports, National Geographic, Wired, Smithsonian, PC World, and Rolling Stone.

A rehab tech at MacNeal Hospital (IL) is sentenced to 10 years in prison for burglarizing the homes of 18 widowed, female patients he was caring for as inpatients after he confirmed with them that they lived alone. Some of the patients are suing the hospital for failing to protect their information. 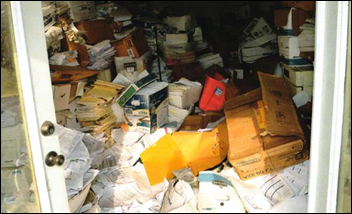 The Department of Justice charges a Texas rheumatologist with a $240 million fraud scheme in which he falsely diagnosed patients with rheumatoid arthritis so he could bill for drug administration. The doctor had been reprimanded by the state in 2009 for excessive ordering of lab and radiology tests. The photo above is of his patients’ medical records that were stored in “an unsecured and dilapidated barn” where he tried to hide them from Medicare. The DOJ estimates that the doctor made $50 million from the alleged scam, allowing him to buy extensive commercial and residential real estate in the US and Mexico, two Puerto Vallarta penthouses worth $2 million each, an Aspen condo, a Maserati, and a million-dollar private jet. It’s nice that they caught him, but as usual, puzzling that it took so long under CMS’s pay-and-chase model. His practices are in and near McAllen, Texas, the subject of a 2009 article by Atul Gawande in which Gawande noted that the tiny, poor town had the highest medical costs in the US other than Miami, which Texas locals attributed to everything from malpractice costs to overuse to fraud. 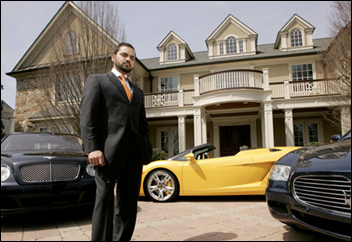 In another DOJ action, the former CEO, CFO, and executive director of now-bankrupt NJ-based medical billing company Constellation Healthcare are charged with an elaborate $300 million investment fraud scheme. The FBI arrested former CEO Parmjit Parmar — who also runs an investment firm, is an investor in Cancer Treatment Services International, was producer of “Before the Devil Knows You’re Dead,” and is a former fighter pilot with his own fleet of jets and aviation company who claimed to make more than $1 billion per year — near his 39,000 square foot mansion that he apparently was able to keep despite a 2011 foreclosure for the $26 million he still owed on the property. He reported in a 2008 interview that the recession “doesn’t affect me at all,” having just purchased a new Bentley for himself and a BMW for his girlfriend even as he was spending $20 million to build a tiger refuge in Texas.

A former MD Anderson research assistant – now a school nurse – is found by the federal government to have submitted her own falsely labeled blood samples for those of 98 research study participants, requiring the resulting studies to be retracted.