An opinion piece in the Annals of Internal Medicine provides data on what many refer to as “note bloat” in clinical documentation. Documentation in the US often contains information needed for billing or to meet regulatory requirements that doesn’t materially contribute to the care of the patient. The authors note different attitudes towards EHRs in the US compared to other countries, where physicians may be excited about using them to enhance patient care rather than viewing them as burdensome, and recommend strategies that many of us have been recommending since the dawn of EHRs, such as shifting administrative tasks away from physicians. My favorite quote from the authors: “Although EHRs have great potential to improve care, they may also have perverse effects.”

Alex Azar, Secretary of the US Department of Health & Human Services, spoke this week on drug pricing. He starts out by noting that pharmaceutical manufacturers are “one of the most aggressive industries when it comes to lobbying.” The proposals he highlighted include:

He also mentions addressing how drug companies reach out to the public, working to require pricing information when there is direct-to-consumer advertising. He calls on pharmaceutical manufacturers to do this now, including the list price in advertising, before it’s mandatory. I’d go a little farther: let’s stop direct-to-consumer (DTC) advertising altogether. Since DTC advertising started, I can count the beneficial patient-driven conversations I’ve had as a result of advertising on one hand. Conversely, I can’t begin the estimate the number of conversations I’ve had about DTC-marketed drugs not being right for a patient or having significant risks or cost issues.

While we’re at it, let’s create systems to prevent the US Food and Drug Administration from being gamed during the drug approval process. When we have drugs that have been effective for years and cost pennies, such as colchicine, don’t let drug companies play games where they send those drugs through the system again and are allowed to sell them at a tremendous markup (Colcrys), making patients wait years for a generic to return only to see it more expensive than the original generic. Most of the physicians I talked to about the proposals are in the “I’ll believe it when I see it” camp, noting that Azar’s past roles included being a pharma executive and serving on the board of directors of a pharmaceutical / biotechnology industry lobbying organization.

I don’t know who Ron Carucci is, but I think he’s planted listening devices at some of my clients. His excellent piece on how leaders create toxic cultures highlights some phenomena I see more often than I’d like. He calls out “scattered priorities” as a major issue. I see this in nearly every client I engage. Rather than doing a few key initiatives well, leaders overcommit. This tends to result in either under-delivering as they try to move dozens of initiatives an inch at a time or a frantic scramble to try to meet deadlines that were unrealistic to begin with.

Whenever I hear about leaders being double-booked or having to constantly shuffle meetings due to conflicts, there is usually a prioritization problem. This is often manifested through lack of regular leadership meetings and lack of agreement on team priorities. Those teams that do meet may have ineffective meeting dynamics and don’t accomplish much during their time together.

Another issue Carucci identifies is “unhealthy rivalries” and I see this as well, usually when teams have similar goals but may be competing for scarce resources or precious time with end-user champions. I also see it in organizations where one team ends up being rewarded for work that is performed by others. For example, a sales team member who receives a hefty commission for closing a deal with the support of analysts, programmers, and other staff who don’t get to share in the monetary rewards.

Oversharing and the blurring of work/personal lives on social media platforms such as Facebook may exacerbate this. A couple of years ago, I was working with a vendor sales rep who constantly talked on social media about his extensive car collection. It was a hot topic in the office as staffers Googled the value of the cars he owned (well over $1M) and talked about how unappreciative he was towards the workers who helped enable the sales that paid for his hobby. The culture around this rep was positively toxic, yet one of his peers who generated more sales but acted with humility never had his motives questioned.

He also talks about unproductive conflict, which to me extends to mismanagement of conflict. Companies that sweep HR issues or workplace complaints under the rug aren’t doing themselves or their employees any favors. He mentions workers who talk behind one another’s backs, along with holding back on opinions or vetoing decisions after they are made. I’d add the “meeting after the meeting” crowd to this bunch, when people who don’t show up are given the ability to change the course of decisions made by those who made the time to be part of the process. I urge people to think about whether they exhibit some of these traits or whether they’re present in company culture. Many of our organizations have an opportunity to make a change for the better. 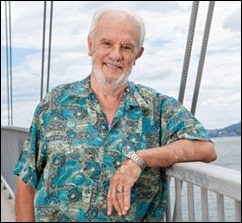 I enjoy reading stories about people who selflessly give to help others, and this one definitely merits a mention. An Australian man has been donating blood for over sixty years, with a total of 1,173 donations. His blood contains a rare antibody used to treat hemolytic disease of the newborn and it’s estimated that over 2.4 million babies have received treatments derived from his donations. At 81, he exceeds the maximum donor age and has been officially retired off the Red Cross rolls, but his legacy will live on in the babies treated, including two of his own grandchildren.