AHA specifically calls out the technology benefits of mergers:

AHA adds the FTC and DOJ should focus instead on “anticompetitive mergers and deceptive conduct by insurance companies.” It specifically supports DOJ’s lawsuit to block UnitedHealth Group’s planned acquisition of Change Healthcare.

From Brody Brodock: “Re: solutions that connect patients to clinical trials. I know of one, Ciitizen, although they seem to do only cancer trials.”

The employers of most poll respondents will focus this year getting and keeping employees and developing new offerings.

New poll to your right or here: For those who were laid off or terminated more than five years ago: what was the impact on your career? I did a similar survey years ago and it was shocking to see the super-high percentage of folks who said their unplanned job loss was a positive career event. As I often say, who wants to work for a company that lays people off, especially if you’re one of them? Although today’s truth is that nearly every company lays people off, kicking one set of “valued associates” to the curb while publicly bragging on company success that requires a fresh batch.

I received a large donation for Donors Choose and funded a bunch of classroom projects.

April 6 (Wednesday) 1 ET. “19 Massive Best Practices We’ve Learned from 4 Million Telehealth Visits.” Sponsor: Mend. Presenter: Matt McBride, MBA, founder, president, and CEO, Mend. Virtual visits have graduated from a quickly implemented technical novelty to a key healthcare strategy. The challenge now is to define how telehealth can work seamlessly with in-person visits. This webinar will address patient satisfaction, reducing no-show rates to single digits, and using technology to make telehealth easy to use and accessible for all patients. The presenter will share best practices that have been gleaned from millions of telehealth visits and how they have been incorporated into a leading telemedicine and AI-powered patient engagement platform. 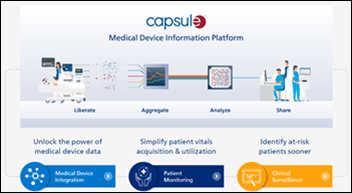 Buyouts magazine awards Francisco Partners its “Deal of the Year” recognition for carving out medical device integration technology vendor Capsule Technologies and selling it to Royal Philips for $635 million in early 2021 at a 233% gross internal rate of return. Qualcomm acquired Capsule Technologie (its original name as a France-headquartered company) in 2015 and made it part of Qualcomm Life, which Francisco Partners acquired in February 2019. FP renamed the business to Capsule Technologies, refocused it back on addressing inpatient hospital communications, hired former Spok CEO Hemant Goel to lead the company (he’s now at NThrive / FinThrive), and acquired clinical monitoring technology vendor Bernoulli Health, all in its first six months of ownership. FP sold the company to Philips two years after acquiring it, where it operates as Philips Capsule.

Cerner won’t require non-client facing employees to be vaccinated until June 6, when workers are expected to return to in-office work.

England scales back its pandemic surveillance programs in a move toward living with COVID-19 rather than trying to eliminate it, raising concerns among health experts that the dialed-back data systems will not support the early detection of new surges and variants. Britain was the global leader in performing random community testing, genomic sequencing, and combining the results with electronic medical records and epidemiology to provide the world with much of its COVID intelligence. 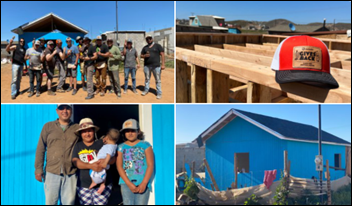