I have long noticed when you run updates on promotions that the women featured are most often in HR, marketing, maybe legal, or some lesser important department. Rarely are they sales, CEO, or finance. Sorry, but there is still a very rampant Bro Culture out there. Don’t believe me? Ask your female staff! (JT)

I have asked Truveta if they will allow me to be removed from de-identified data sets and I have asked two participating healthcare organizations if they would remove me from their data submissions to Truveta. Only one organization responded, and they did not address the question. (Concerned_Patient)

A $20 billion valuation for Athena seems strange when you look at comparable companies. If I had to pick some companies that are in the same business as Athena, I would pick Allscripts, NextGen and R1 RCM. Adding up the valuations of those companies is maybe $8 or $9 billion. It’s hard to gauge Athena’s growth since they went private and everybody seems to have stopped publishing stats on outpatient EMR vendors. I get the sense their business improved, but more because the company started to be run more efficiently, not that they are blowing the other vendors out of the water on market share. (IANAL) 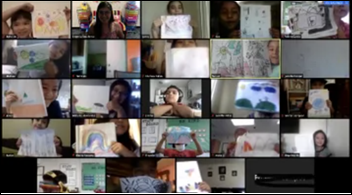 Readers funded the Donors Choose teacher grant request of Ms. S in California, who asked for headphones to support distance learning for her elementary school class. She reported in December, “Your generous donation has made an impact on my students’ lives. Due to distance learning, focusing has become a major challenge, as not all students have equal access to a calm, quiet, and safe learning environment. Access to headphones has made the task of focusing much easier. My students are incredibly thankful to you.”

A woman sues Springhill Medical Center (AL), claiming that ransomware-caused downtime prevented doctors and nurses from noticing test results that would have told them that her unborn baby’s umbilical cord was wrapped around its neck. The baby was born in July 2017 with brain damage and died in April 2020. She says the hospital should have disclosed its IT problems so she could have gone elsewhere for delivery. The hospital has made 678 objections for 88 document requests from the woman’s attorneys, arguing that its records are protected by Alabama medical liability laws. The woman’s lawyers say the records are needed to prove the hospital’s assertion that the downtime didn’t affect patient care. 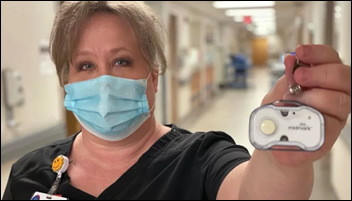 Cox Medical Center (MO) will issue panic buttons to 400 nurses and other employers after assaults by patients tripled to 123 in 2020, causing 78 injuries. The article didn’t mention the product, but I think it is Midmark’s real-time locating system Clearview badge. 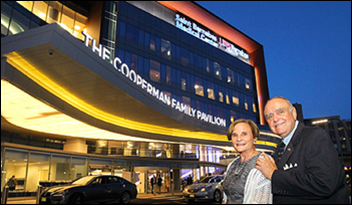 Hedge fund billionaire Leon Cooperman and his wife donate $100 million to Saint Barnabas Medical Center (NJ), for which the 597-bed hospital which will rename itself Cooperman Barnabas Medical Center. Cooperman hopes their donation will “improve the human condition.” The couple donated $25 million to the hospital in 2017 to create a 241,000 square foot expansion that was named after them. 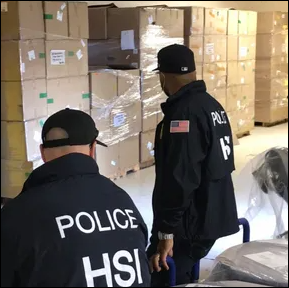 Federal agents seize 600,000 counterfeit 3M N95 masks from a Detroit storage facility for which an unnamed hospital had paid $3.5 million to a China-based company that has been distributing counterfeit masks all over the US.

An investigative report finds that financially struggling Griffin Health (CT) has earned $51 million in COVID-19 testing fees as part of its $138 million contract with the state as the primary contractor for nursing home testing. The proceeds provided 25% of the hospital’s total revenue for 2019 as it was paid $55 per test, double the amount of five other hospitals that signed similar contracts. The hospital says it paid $80 million of the money to a laboratory because it didn’t have capacity to process the samples. 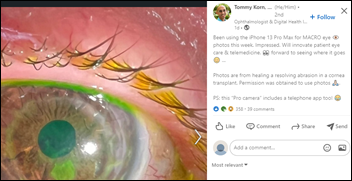 Sharp HealthCare ophthalmologist and informaticist Tommy Korn, MD writes on LinkedIn that he is using the macro capabilities of his IPhone 13 Pro Max to document patient care in the EHR, to show patients what he is seeing, and to support telehealth consultations. 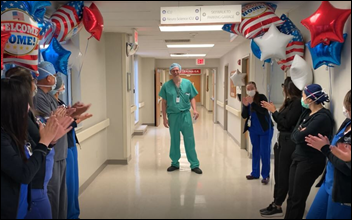 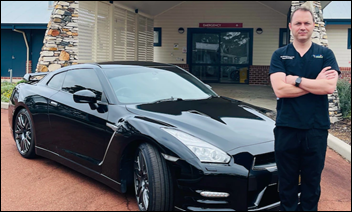 In rural Australia, the local transportation department denies a doctor’s request to have his NIssan GT-R sports car registered as an ambulance. Michael Livingston, MBBS hoped to install emergency lights and sirens on his car for responding to emergencies that can be 30 or more minutes away, saying that his speedy response makes other drives think he is challenging them to a race. He holds an emergency pass that allows him to exceed the speed limit when responding to a confirmed emergency. The Western Australia Department of Transport expressed concerns that the car lacks bars in the front to protect the occupant from kangaroo or livestock collisions, noting that, “A dead or severely injured doctor is of no benefit to the current emergency, your community, or any future patients.”