The Meditech database literally cannot contain French language data as there is no support for the various accented characters. Thus you also have the issue of, the portal may be in French, but the data will all be English. The net result? No matter how technically good this portal effort was, it’s a kluge solution. Citizens using it will see an awkward mix of English and French content. (Brian Too)

I am always amused when someone assumes that they can take software that was built specifically in one language, for that language, and somehow migrate it to other languages. Software localization and translation are non trivial things, with considerations for everything from how dates are represented to how the thousand marks are “ticked.” “All your bases are belong to us” anyone? I even had a group tell me that they were going to sell to the Japanese market because that market used English. The idea died quickly with the purchase of a Japanese keyboard and switching to Romanji that ‘looked like English’ but was UTF16 character based. (AnInteropGuy)

Has any clinician had a positive experience with Doximity? It seems like they make their money off recruiter spam and fake clicks on their ads. (IANAL) 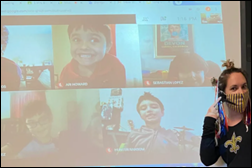 Readers funded the Donors Choose teacher grant request of Ms. B in Louisiana, who asked for a USB headset for her class of first graders, half of whom will be in the classroom and the others on virtual connections. She reports, “The headset has provided me the opportunity to keep the two types of learners separate. My coworkers complain that the background noise is an issue for the learners at school and at home. My virtual students can unmute and ask me questions without my in person students getting distracted. More importantly, the virtual students, who already have the distraction of being at home, do not have to hear the constant commotion of the classroom. For me personally, I had such anxiety to start this year; the year of the unknown and how to make all this work. The headset is not only comfortable, but has made teaching much easier.”

VA OIG says an Arkansas VA hospital should have done more to oversee a pathologist whose alcoholism has been blamed for at least 600 major diagnostic errors, including some that were related to cancer. The facility did not act on complaints that he was working while intoxicated, even after he failed a blood alcohol test. He received a 20-year prison sentence. 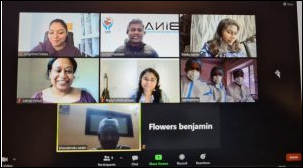 The British Indian Nurses Association, which was formed last year to support nurses from India who take jobs with NHS, offers virtual COVID-19 care training for nurses who are still in India. 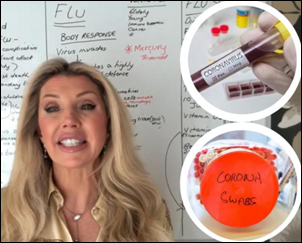 A nurse in England who publicly claims that NHS is a “death squad” that is murdering vulnerable patients with COVID-19 vaccine, that no vaccine has ever been proven safe or effective, and that COVID-19 is caused by 5G telephone signals loses her nursing license for spreading disinformation. Former NHS nurse Kate Shemirani, who appeared publicly and on videos while wearing scrubs and a stethoscope and touting her nurse background, now calls herself an “aesthetic nurse practitioner.” She previously said that the people who accuse her being wrong or lying are mostly”overweight, envious nurses” who are jealous of her appearance.

Northwell Health Nurse Choir receives accolades for its performance on “America’s Got Talent.”