Ascension begins its layoff of 651 remote IT employees with 92 Ascension Technologies workers in Indiana. Their jobs will be moved to an offshore outsourcer. 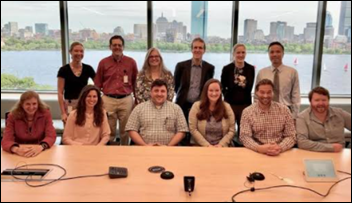 From Spam in the Can: “Re: heading back to work. Let’s see photos of readers returning to their offices!” Above is a posted photo of Jonathan Teich’s work group back in the office at InterSystems. Send me your team-in-office photo to celebrate another step toward a new, vaccine-enabled normal.

From IANAL: “Re: Jonathan Bush. Zeus Health lists him as CEO in its job listings, but his LinkedIn says he is still executive chairman at Firefly Health.” Zeus Health is in Watertown, MA and has several former Athenahealth executives on its team, but I’ve seen no confirmation of Bush’s employment. I assume it won’t conflict with his Firefly board responsibilities. Zeus Health seems to be doing healthcare API work in stealth mode.

From Shingle Hanger: “Re: striking out on my own. What success have you seen with people who leave a health system or vendor job to work for themselves?” Not much. Most of the folks I know who have done it realized pretty quickly that they had overestimated their marketability, sending them back into corporate arms at first opportunity. That’s especially true of those who ventured out mid-career or beyond, often after they were let go or realized that their streak of upward career mobility had ended, but failing to realize the significant differences involved in working for themselves instead of someone else. I assume it’s not easy to give up a predictable income and benefits, corporate trappings such as an assistant and sweet office, and the reliable ego-stroking of aspirational underlings. It must be jarring to just sit at home with ever-increasing desperation waiting for the phone to ring while trying to remain upbeat. I would personally omit from LinkedIn those 1-2 year self-employment stints as solo consultants, executive coaches, and freelancing that are squeezed in between corporate jobs since their presence signals failure of either planning or execution. 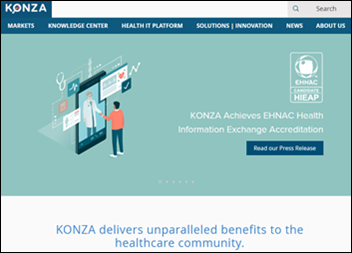 Cerner is named to the Fortune 500. 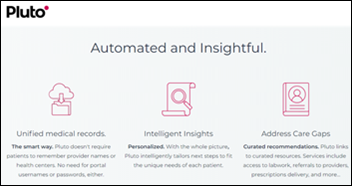 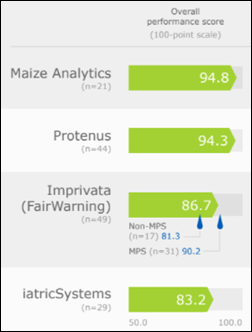 Aigilx Health will integrate NextGate’s EMPI with its HIE data aggregation platform to support identity matching, expanding on work that was done for Rochester RHIO. 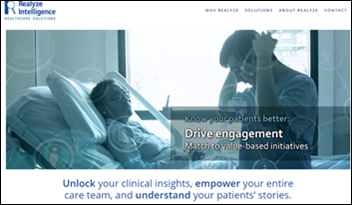 UPMC and its commercialization arm launch Realyze Intelligence, which mines structured and unstructured EHR data to identify patients who could benefit from interventions.

Change Healthcare expands its self-service API resources for developers, which include an API marketplace, technical documentation and tutorials, a testing sandbox, and a developer community.

A Stat article says that while healthcare AI interest is strong, a review of 400 studies that were related to using it for COVID-19 shows that all were flawed, mostly due to lack of large-scale training and validation against external datasets. The authors found that just 73 of 161 FDA-approved AI products have disclosed the amount of data that was used to validate their product and only seven reported the racial makeup of their study populations. It notes a high-profit Icahn School of Medicine study that touted a COVID-19 detection algorithm for chest CT scans that equaled the performance of senior radiologists, but the system was actually trained, tuned, and tested on a tiny sample of unknown completeness from hospitals in China and was then not retested against an independent dataset of known provenance.

Scripps Health begins notifying 147,000 people that hackers downloaded their information during a ransomware attacked that left the health system offline for four weeks. Scripps says the patient information was obtained from documents and the hackers did not penetrate Epic.

Systems at UF Health – The Villages (FL) are taken offline due to a ransomware attack.