CMS continues to blast out information like nothing else is going on in the world. Can you spell TONE DEAF???? (JT)

As to definitions, we use these. Telemedicine is doctor to doctor consults, e.g. suspected stroke patient at rural hospital. Telehealth is doctor to patient, omni-channel, asynchronous and synchronous. Virtualcare / health is telehealth combined with remote patient monitoring. (John)

Often the more important distinction is telehealth / medicine vs. virtual care. The former generally implies synchronous communication to replace an in office visit (whether via video, voice, or real-time chat). While the latter brings in asynchronous communication via chat with different care providers, data from connected devices (scales, blood pressure, SpO2, EKG, spirometers) and find a way to present it to the care team and integrate into the EHR that makes care more efficient. (Greg Chittim)

I’ve been using virtual health as the umbrella term that includes (1) telehealth (which involves any modality- video, phone, messaging) between a provider and a patient; (2) eConsult, which is any modality between two providers; and (3) autonomous health, which is any modality between a computer and a patient. My gut is that we will get to a new baseline of 20-30% of telehealth visits assuming reimbursement continues to be at least close to parity in a FFS system. And for healthcare systems in a capitated model, we may see much more. (Lyle Berkowitz)

I am afraid you are too correct in your assessment of the veracity of some state data. We can look at the assertions and testimony of Rebekah Jones, the Florida state chief data scientist who describes the manipulation of data as an example. There are other states that appear to be in similar states of data invalidity for political purposes. This is on top of the problems with data quality that are just inherent to EHR information. I am not sure how to see these trends and infection byproducts in a single EHR, unless that is a combinatorial EHR (acute, ambulatory, ED, etc.) or through a data aggregator. If our testing was both active and historical (covid markers) then we could tag patients then watch their subsequent treatments, Dx, and Rx — maybe through case reporting? But again, if you take that route then you have to trust the health departments to not be influenced by politics. (Brody Brodock) 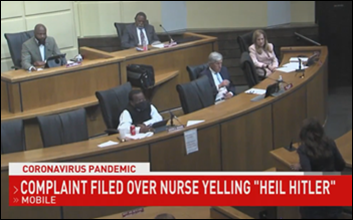 The Alabama Board of Nursing investigates a complaint brought against a nurse who shouted “Heil Hitler” to the Mobile, AL city council meeting and then threatened its members as they approved a mandatory mask-wearing ordinance. A councilman replied nonchalantly, “Good gracious alive. Heil Hitler?” 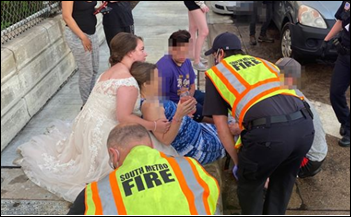 A newly graduated nurse who had just left her wedding with her new husband “went into nurse mode” when she stopped to render aid at the scene of an auto accident while still wearing her gown. 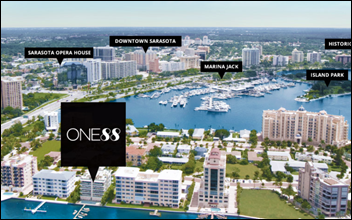 An unnamed female CEO of a Detroit health IT company pays $3.5 million in cash for a Sarasota, FL condo. 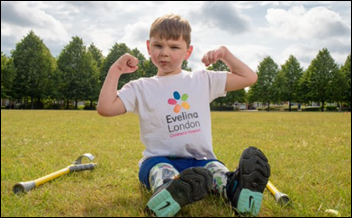 In England, a five-year-old boy who just learned to walk on prosthetic legs following amputation raises $1.5 million so far (versus his goal of $600) in a 10K walking challenge for Evelina London Children’s Hospital, which saved his life as an abused, weeks-old baby. He was inspired and congratulated by 100-year-old World War II veteran Captain Tom, who raised $40 million for NHS charities by walking 100 laps around his garden.