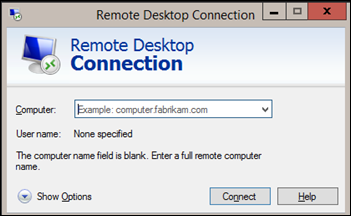 Some of the RDP servers had brute-force password-guessing attacks underway and did not have Network Level Authentication enabled.

The SMB traffic indicates that those companies were already the victim of data exfiltration. 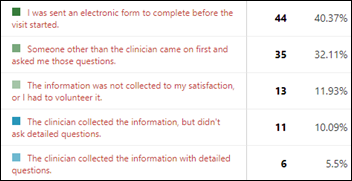 Three-fourths of poll respondents who have had a recent telehealth encounter provided their pre-visit information via an electronic form or upon being asked by someone other than the provider. Some gave their information directly to the clinician, while 12% either weren’t asked about allergies, meds, history, etc. or had to volunteer it.

New poll to your right or here: When will healthcare conference attendance rise to 75% of pre-COVID levels? Your answer will need to incorporate your predictions of the underlying factors, such as availability of an effective COVID-19 vaccine, healthcare business conditions, attending conferences versus alternatives, etc.

I was thinking about the challenge of getting people to wear masks despite their indifference, ignorance, or pathetic choice of ways to protest whatever it is that they’re angry about. My idea – hire marketing people to mount multiple targeted campaigns like the successful “Don’t Mess with Texas” anti-littering one from years ago. We know now that the pandemic isn’t going away soon, so we have time to convene focus groups and think of creative ways to encourage people to put them on given that rational thought isn’t doing it. I suggest distributing free masks that bear the same kind of lowbrow messages that people are willing to deface their cars to display publicly — think stick figure families, cartoons of a Ford truck owner peeing on a Chevy, 13.1 and 26.2 ones (ironically placed on vehicles), or those oval ones with made-up airport codes touting town pride. We know that marketing and social media advertising change behavior in ways that science and empathy won’t.

Microsoft will close all of its physical stores.

Redox publishes a podcast that describes its recent layoff of 44 employees and how it made the decisions that were required, making the process transparent in hoping to help other companies that are navigating their recovery from the pandemic.

The White House asks the Supreme Court to overturn the Affordable Care Act, which would eliminate health coverage for 23 million Americans.

Case counts spiked in 36 states over the weekend, with Florida’s nearly 10,000 new cases on Saturday rivalling New York’s worst historic levels. More than 40,000 new cases were reported nationally on Friday as the CDC reports that actual numbers are likely six to 24 times higher. The US death count is at 127,000 as experts question whether the economic pain that was inflicted during the months-long but effective national shutdown was worth it now that complacence has raised the “flatten the curve” imperative once again.

Texas Medical Center stops publishing its base and surge ICU numbers, right after Houston area hospitals walked back their “our ICUs are about to be overwhelmed” message just 18 hours later in saying that they have plenty of capacity and their earlier dire warnings were overly alarming. This came days after the governor ordered hospitals in four Texas counties to stop performing profitable elective surgeries. Some Harris County hospitals are ignoring the governor’s order and the Texas Hospital Association says individual hospitals should be able to decide for themselves whether to perform elective procedures. The state has 5,500 patients hospitalized with COVID-19, extending its 16-day string of ever-increasing inpatient counts. TMC just announced that it will bring back the missing information in a form that better explains the capacity situation.

Texas reports hours-long lines for COVID-19 testing, along with limited capacity due to a shortage of supplies and crashing of websites for testing sign-up. 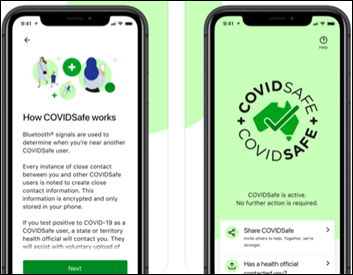 In Australia, the government’s $2 million COVID-19 contact tracing app has been downloaded 6 million times, but has yet to identify any contacts that hadn’t already been found via manual tracing. The app seems to have problem when the IPhone of the user or their contact is locked. Problems have also been noted with IPhones and Android phones sharing information. Of 926 new cases, only 40 people had the app installed and allowed health officials to look at the contacts it had flagged.

Former FDA Commissioner Scott Gottlieb, MD predicts that schools won’t open in the South in the fall due to the overwhelming infection spread. He also notes that the US was doing a poor job of contact tracing even before the daily new infection count hit 40,000, where such activity becomes basically impossible anyway.

A New York Times report says that college towns will be hit hard economically from COVID-19 due to reduced on-campus living, cancelled sporting events, and closed bars, calling out specifically campuses in rural areas such as those of Cornell, Amherst, and Penn State. 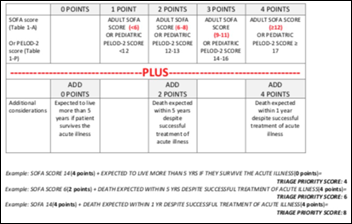 Arizona — which still hasn’t closed bars, mandated the wearing of masks, or prohibited large indoor political rallies without masks — publishes a point system to decide who gets ICU resources versus those who will be left to die without them. Arizona has 2,700 patients hospitalized with known or suspected COVID-19 (triple the number from a month ago) and nearly 500 are on ventilators (double the month-ago count). Nearly 90% of adult ICU beds are occupied. Imagine how bad it would be if the mostly elderly snowbirds in Arizona and Florida weren’t gone for cooler weather elsewhere.

New York State reported just five COVID-19 deaths on Saturday versus its previous peaks of around 800. The state mandates a 14-day quarantine for visitors from high-infection states.

Harvard’s Ashish Jha, MD, MPH raises the interesting point that while young patients have lower COVID-19 mortality rates than older ones, it is true of every disease that younger people have better survival odds. He looks at it differently: a 40-year-old patient who is admitted for COVID-19 has the same mortality rate as a 70-year-old who has a heart attack. Coronavirus still kills 5% of hospitalized patients aged 35-44 and Florida’s numbers are skewing much worse.

Members of the Congressional Hispanic Caucus demand that HHS explain its HHS Protect COVID-19 data project, for which it issued a $25 million contract with Palantir, whose data products are used by ICE to find and arrest immigrants. HHS says the HHS Protect information is de-identified. The CIA is an investor in the company.