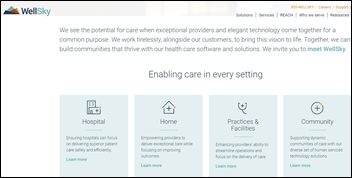 Private equity firm TPG is considering the sale of post-acute care software vendor WellSky at a potential valuation of $3 billion.

TPG acquired Mediware from Thoma Bravo in early 2017, then renamed it to WellSky in September 2018.

Mediware was formed in 1980 with a focus on blood and pharmacy management solutions. It went public in 1991. Thoma Bravo took the company private in 2012 for $195 million.

From Lab Matters: “Re: more existential writing style issues. EHR or EMR?” The term EHR is aspirational marketing-speak for the purely imaginary technology that contains all of your provider’s health information, your own observations and narrative, health alerts and reminders, and your health and wellness practices and purchases, all happily interoperating in real time from all data sources (including wearables) to allow an individual to monitor themselves and share their information with anyone they like as an overall picture of their health, a tiny part of which involves provider visits. What we actually have an EMR, which is an electronic but siloed version of a specific provider’s paper chart that records the episode information that clinicians need to send bills. Meaningful Use rechristened decades-old EMRs to EHRs provided they met easy, questionably relevant certification requirements, causing marketing people to wet their pants in anticipation of lipsticking their poorly selling EMR pigs for doctors to ride to the taxpayer trough. I still call it an EHR even though I’m violating my principal of not using terms incorrectly just because everybody else does. Every encounter I’ve had in hospitals and medical practices involved technology that barely met the definition of EMR, much less EHR.

From Mr. T: “Re: Baylor, Scott & White Health. The largest not-for-profit health system in Texas completed their Epic deployment with a go-live on 6/27 at their seven remaining non-Epic hospitals. This completes a multi-year rollout to standardize all BSWH clinics and hospitals on Epic and displaces Allscripts at the 13 hospitals that were the former Baylor Healthcare System.”

Anesthesiologist Lee Fleisher, MD joins CMS as chief medical officer and director of its Center for Clinical Standards and Quality.

After its investment news last month, QGenda announces GA of Insights, analytics that aggregate scheduling and labor data across departments for greater visibility into provider capacity and availability. 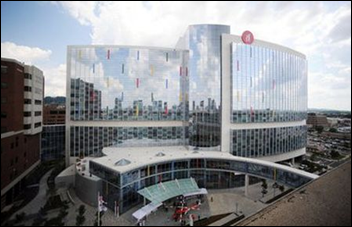 The FCC adds nearly $200 million to 2020 funding for its Rural Health Care Program, which has helped providers in remote areas leverage broadband networks for telemedicine during the COVID-19 pandemic. 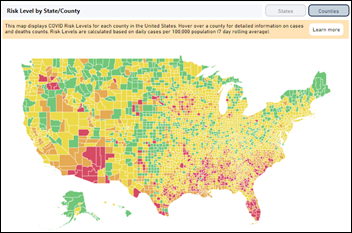 The outbreak continues to careen out of control as the US surpassed 50,000 new cases in a single day for the first time on Wednesday, with a national positivity rate of over 7% even with higher testing numbers. Florida reported more than 10,000 new cases on Thursday. Arizona reported more than 3,000 news cases with a 25% positivity rate. The county with highest number of new cases per 100,000 population is in East Carroll Parish, LA, with 194 versus the national average of 7. Florida does not publish hospitalization and death counts, but Arizona’s daily deaths are continuing their sharp climb.

Good advice to state governors from former FDA Commissioner Scott Gottlieb, MD: focus on functions that are critical for keeping the economy going and society functioning rather than “congregant settings inside that are purely entertainment” that should be closed. He says he would prioritize getting schools back open.

More than 40 high school principals who attended an in-person school leadership meeting in California are quarantined after one attendee who wasn’t having COVID-19 symptoms at the time tests positive days later.

Young people in Alabama are throwing COVID-19 parties, urging infected people to attend to intentionally spread coronavirus to the others. Organizers are offering a cash prize for the first attendee who gets infected.

The White House plans to implement pooled testing by the end of the summer, where portions of 5-10 samples will be pooled into a single sample, and if it tests positive for COVID-19, the retained amount of the individual samples from the batch will be individually tested to identify infected individuals. Experts wonder why the US hasn’t already implemented that strategy already given its low cost, preservation of testing capacity, and success in other countries such as China, Germany, and Israel. CMS has ruled that pooled tests are not diagnostic and thus can be performed by any lab, but retesting samples from a positive batch is considered a diagnosis and can be performed only by certified labs, adding a delay of several days. Pooled testing isn’t practical in situations where positive results are common, such as in meatpacking plants or states whose infection is rampant.

Former CDC Director Tom Frieden, MD, MPH says that most US testing isn’t much good because it takes days to receive results, people aren’t isolated in the meantime, and contact tracing isn’t being employed to warn contacts quickly.

A young relative of mine was notified that her restaurant co-worker had tested positive for COVID-19 and thus my relative needed to be tested. This was last weekend, and she still hasn’t received her results five days later. I didn’t ask if she has been isolating while waiting to hear whether she is infected, but studies have shown that most people don’t. Tom Frieden is right – we’ll get a ton of spread from people who are tested but waiting for results, and that’s not even counting the several pre-symptom days where they were shedding virus without knowing they were infected.

Bloomberg questions the health IT vendor rating methods of Black Book Market Research, which they say (a) is funded by vendors despite claims of independence; (b) conducts a huge number of surveys despite being a tiny company and thus is more like Yelp than J.D. Power, and (c) published two conflicting EHR surveys in which it first declared Cerner to be the VA’s best choice for meeting President Trump’s VA-related health issues, then shortly after named Allscripts the top EHR vendor (in Black Book’s defense, they were clear about applying different criteria, although naming Allscripts as #1 vendor was indeed odd). The scattershot Bloomberg article claims that Black Book published bios of fake executives, but I think that’s because a development website is visible online that I suspect was mocked up from random LinkedIn headshot grabs (including one person who is pictured twice under different names) but that was never on the production site from the web caches that I checked. It’s really a lot of nothingness – try to extract a list of factual bullet points as I did and you’ll see that the story mostly just throws unrelated items against a wall on which none stuck. 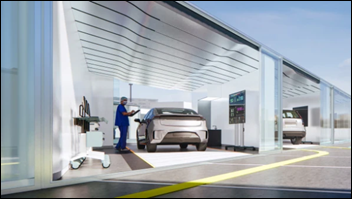 The advent of drive-through COVID-19 testing sites may be giving rise to drive-through clinics. A global architecture firm has designed such a facility for hospitals that are hoping to attract outpatients back with convenient, contamination-free appointments. Two Northeast facilities have expressed interest.