DOJ also accused the company of allowing its users to inappropriately collect Meaningful Use payments by using its EHR, ONC certification of which was fraudulently obtained. 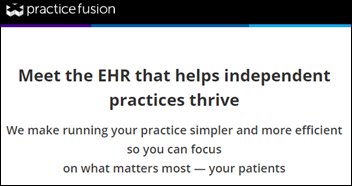 From Timeliner: “Re: Practice Fusion. Previously fired CEO Ryan Howard says via Twitter that selling opioid-friendly decision support rules didn’t happen under his watch from 2005-2015.” The Department of Justice and the company’s own settlement indicate otherwise. I’ll take a refreshing counterpoint to the argument that Practice Fusion was unethical in working with Purdue Pharma to push OxyContin prescribing via EHR nudges, maintaining that it shouldn’t be much of a surprise when a struggling company with outsized IPO ambitions slides its hand shamelessly into the deepest of pockets:

From Goody Three Shoes: “Re: Epic’s problems with the interoperability rule. You didn’t give an opinion.” My thoughts:

From Justin Time: “Re: health IT article. Does this look like a paid placement to you?” I’ll only say broadly that I dismiss any article or review about a company, product, or person that doesn’t include at least one negative statement. That covers an additional situation beyond paid collusion, that being journalistic incompetence. 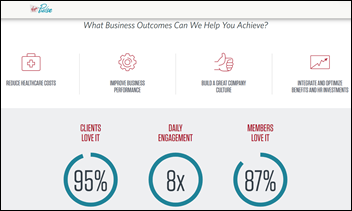 The private equity owner of wearables-powered employee wellness vendor VirginPulse reportedly is preparing to sell the company for up to $2 billion. The company was founded in 2004 by Sir Richard Branson’s Virgin Group and has since acquired RedBrick, Blue Mesa Health, SimplyWell, and Preventure.

The private equity owner of imaging and radiology workflow systems vendor Intelerad sells a majority stake in the company to investment fund manager Hg Capital, which acquired the Rhapsody integration business from Orion Health Group in October 2018. Intelerad had been looking for a buyer since mid-November.

Industry long-timer Joe Carey, who held executive roles at Allscripts and Livongo, has died at 62.

Northwell Health develops a premature infant growth chart application, with SMART on FHIR and InterSystems HealthShare making up the underpinnings. The health system says it took just six weeks to develop the app. 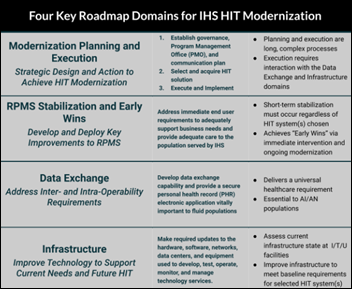 A Health Affairs blog post notes the problems of the Indian Health Service in its continuing use of its obsolete RPMS EHR and enterprise system, which relies on the VA’s VistA platform that is being replaced with Cerner:

Epic explains its opposition to HHS’s proposed interoperability rules, saying that EHR vendors would be forced to send data to any app of a patient’s choosing and many of them have been found to sell or misuse patient data. The company is also concerned that some parts of the medical record, such as the family history, contain the information of people other than the patient themselves who did not necessarily give their permission. 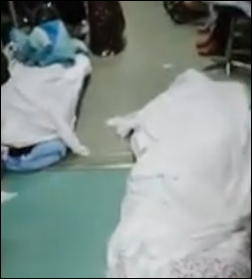 A New York Times article questions how China will deal with a potentially huge number of coronavirus patients when its hospital-centric healthcare system is already too overwhelmed to meet even basic healthcare needs. Experts question whether patients are even being tested for the virus before being sent home to spread it to others. Videos show chaotic hospital hallways crammed full of patients, both living and dead. The government says it will complete construction of a new 1,000-bed coronavirus hospital within 10 days and another 1,300-bed hospital in two weeks, using rapid response plans developed during the SARS epidemic of 2003.

A Lancet editorial warns that despite headlines proclaiming AI’s value in analyzing mammogram and other diagnostic images, AI doesn’t work well in diagnosing cancer in real world settings, with just 14 of 20,000 studies justifying possible clinical use. The authors call for clinical trials and making sure that the systems are trained on diverse patient populations for broad applicability. They also question whether proprietary algorithms, such as those developed by Google Health, can be trusted without external validation.

Weird News Andy says the BioFabrication Facility will indeed be the BFF for organ recipients. A commercial microgravity company 3D prints human heart cells on the International Space Station that were then returned to Earth in a SpaceX capsule, with executives concluding that “our BFF has the potential to transform human healthcare in ways not previously possible” in creating an entirely space-based industry.