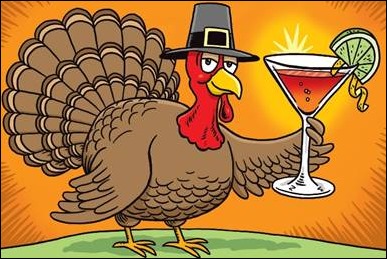 I’m happy to report that I’ve survived the Thanksgiving holiday despite the intersection of bizarre karmic forces that had me working in the clinic most of the week as well as hosting Thanksgiving Dinner. I worked Black Friday and the weekend as well, so I haven’t fully recovered. Next, I’ll have nearly two weeks free of clinical care, then some scattered shifts before the scheduling gods smack me down again with a five day streak of 12+ hour days before we head into 2020.

I don’t know what our schedulers are thinking at times, but I suspect they’re scheduling around the day-off requests of the full time and higher-ranking physicians. I’ve asked for fewer shifts in the new year, so hopefully I can regain my sanity.

Truthfully, I don’t mind working Black Friday and it’s become a bit of a tradition for me. I’m not much of a shopper and value my sleep too much to be getting up at the crack of dawn to hunt for bargains. Most of the patients who come in are actually sick and it’s a privilege to help them. Many of them put off care because of holiday preparations and having family in town and now they’re in bad shape.

Most of the primary care offices in the area were closed, so their choices were limited. One cardiology office I called had a message that they would be closed until January 2, so either something funny is going on with the practice or they accidentally recycled their Christmas out-of-office message from last year.

We started the day with more than a little trepidation. The team that was on for Thanksgiving noted they had issues with our EHR communicating with our drug dispensing system. They were not able to get it resolved due to lack of holiday support from the tech teams. Fortunately for us it was working, and by noon, we had seen more than twice our usual volume of patients. As soon as we would empty the waiting room, another batch of patients would arrive. It was well after 3 p.m. before any of us were able to sneak off to the kitchen to eat the previous day’s catered leftovers.

I have to say that our leadership understands that well-fueled staffers are happy staffers. They had pizza delivered the day prior to Thanksgiving, a full holiday spread on the day itself, and the random arrival of dozens of tacos and burritos on Black Friday.

The holiday patient mix is always an interesting one. We had several hospital transfers for influenza, pneumonia, and out-of-control diabetes. We saw kidney stones, raging urinary tract infections, and a couple of lacerations that should have been taken care of the day before, except people didn’t know we were open. There were even a couple of people who had a little too much holiday merriment and came in for IV hydration. Strep throat, sinus infections, and plenty of lingering colds rounded out the day.

I was glad to see the severity of illness dropping as the day went on since we were all getting pretty worn out by dinner time. We had a brief surge of people who came in after their shopping was done, which always makes me a little aggravated since they were out spreading germs when they should have been at home with some soup and a vaporizer. The rest of the weekend was a different story, with moments of calm punctuated by anxiety-provoking stroke symptoms, head trauma, and a myocardial infarction that was smoothly transferred to the hospital.

On days like these, I’m grateful for the EHR and the ability to have default documentation that works for patients with similar symptoms. We tweak them as we need to, but it’s still fast, and as long as you’ve personalized your defaults, the notes are of good quality.

Of course, there are always providers who don’t personalize their options, which is how you wind up with visit notes that have exam findings that you’re sure the physician in question didn’t do. Or they don’t use the defaults at all, which leads to slow documentation and plenty of physician frustration. I definitely couldn’t document this fast on paper, even when I worked in an emergency department that used paper templates designed for rapid documentation based on the patient’s presenting issue.

People often ask me why I continue to do as much clinical work as I do. The real answer is that I enjoy it. I enjoy the people I work with and the organization I work for. We have an outstanding workplace culture. Frankly, compared to being a CMIO, it’s like being on vacation. Everyone knows their roles and responsibilities and how to work together as a team, despite the fact that we work with different combinations of people and at different locations all the time.

It’s a fail-fast environment. People who can’t get it done don’t last very long. They give people the tools they need to be successful, and if it’s not a good fit, they’re not going to subject the rest of the team to poor performance. I never played on a select sports team, but I imagine it might feel a bit similar. I’m willing to put up with wacky scheduling in order to stay on a high-performing team.

We no longer have an annual company holiday part  since it has been moved to the spring after flu season is over. But this year, the staff has organized their own get-together. Sometimes people just want to get away from their co-workers at the end of the day, so it’s great being at a place where people like each other enough to want to spend time together. We’ll be bowling the night away along with a “rob your neighbor” gift exchange, which based on the sense of humor held by many of my co-workers, should be highly entertaining.

I was honored to be invited since I don’t think all of the physicians were on the guest list. At least we know that if anyone has too much holiday cheer or sprains something during the “crazy bowl” part of the evening, we’ll be well cared for in the morning.

What does your company do to celebrate the holidays or thank the team for its hard work? Leave a comment or email me.