From Fatted Calf: “Re: layoffs. Your list of the steps people go through after being laid off should have included advice.” That wasn’t the reader’s question that I was answering via my reality check, but here you go: 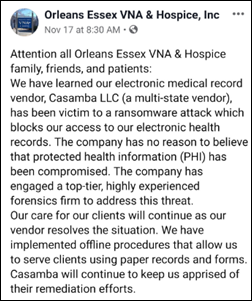 From RansomwareHitsHome: “Re: Casamba LLC. A ransomware attacked has forced some agencies that use its software back to paper records and forms.” The California-based post-acute care EHR vendor hasn’t publicly acknowledged the attack, but this update was provided by one of its customers.

From FlyOnTheWall: “Re: Allscripts layoffs. The highest number I heard was greater than 350, but I’ll stand on my 125-150 let go until I find out more. They are in publicity damage control.” Unverified. I checked WARN notices for Illinois and Pennsylvania for the last several months and didn’t see any Allscripts entries, but WARN applies only to office closures and mass layoffs since they’re intended for giving the state rather than the employees a heads-up.

A reader approves of my activation of two-factor authentication to secure my Gmail accounts, but warns that the SMS-based verification option is not secure. He has first-hand experience – he lost $4,000 within minutes of someone using a SIM port hack to steal his cell phone number, which then allowed the hacker to reset the passwords for Gmail, banking, Twitter, etc. I took his advice and switched the authentication method to Google Authenticator, a free app that – like those flashing hardware dongles in the old days – generates authentication codes every few seconds. It’s like SMS messaging, except you open the phone or tablet app to get the current code and the mobile device doesn’t even need to be online at the time (unlike the SMS option). I had a few false starts in trying to figure out how to link the app to multiple email accounts from multiple mobile devices, but I finally figured it out by Googling. Another option is Google Prompt, which allows you to simply touch a phone pop-up acknowledging that it’s really you logging in on the other device, but it only works when the Gmail app is open and I don’t use it. 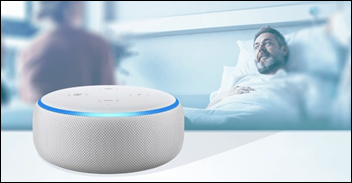 Orbita announces GA of OrbitaAssist, a bedside virtual health assistant designed to complement nurse call systems. Back-end software routes patient requests to the appropriate member of the care team, while front-end AI assures the patient their request is being fulfilled.

Kaiser Health News publishes a retrospective look at stalled federal efforts to ensure the safety of EHRs. Ideas have included developing a database to track reports of deaths and injuries related to health IT and establishing an EHR safety center, neither of which have come to fruition due to funding and oversight issues. The issue gets even thornier thanks to a 21st Century Cures Act clause that prohibits the FDA from getting involved. Medical informaticist Dean Sittig, PhD says, “There wasn’t a lot of interest [at ONC] in talking about things that could go wrong. They gave out $36 billion. It’s hard for them to say EHRs aren’t safe.” 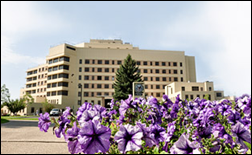 The Mann-Grandstaff VA Medical Center in Spokane, WA is hiring 108 more employees to cover anticipated productivity losses during its Cerner go-live on March 28. VA officials insist they are on track to meet that deadline, but will have no qualms about pushing it back should patient safety become an issue.

Google Health lead David Feinberg, MD attempts to clarify the company’s HIPAA-compliant work with Ascension, pointing out that the health system is piloting an interface concept he first mentioned at the HLTH Conference last month. 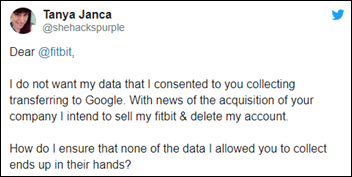 In the wake of Google’s Fitbit acquisition and health data trust debacle with Ascension, Wired offers step-by-step instructions on how to manage the privacy settings of popular health apps like Fitbit, Apple Health, and Google Fit. Some consumers have become so wary of Google and its plans for their health data that they have abandoned their Fitbits. One concerned user explained, “I’m not only afraid of what they can do with the data currently, but what they can do with it once their AI advances in 10 or 20 years.”

A hospital in Bangalore, India will use its patient data to map areas where pothole-related injuries send up to four cyclists each day to its ED. 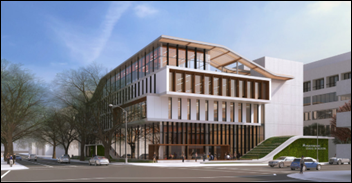 Kaiser Permanente will name its new medical school after former CEO Bernard Tyson, who passed away earlier this month. The school will open next summer in Pasadena, CA and will offer free tuition to its first five graduating classes.

A former marketing SVP of Novant Health sues the health system for reverse discrimination, claiming that as a white male, he was fired as part of a corporate diversity push and was replaced with two minority hires. David Duvall, MBA, MPH says that at least five other white male executives, including the CIO, were terminated and replaced almost immediately with “either a racial minority and/or female.” He was let go right before his five-year anniversary, when his termination would have entitled him to 18 months of base pay, 1.5 times his previous bonus, $200,000 in retirement benefits, and company-paid health insurance. 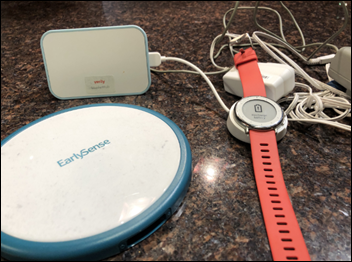 Digital health investor, consultant, and author Terri Mead critiques her second annual visit as a participant in Verily’s Project Baseline Health, a four-year study announced in 2017 that aims to create a database of the sequenced genomes of 10,000 volunteers. Study participants like Mead also agree to wear activity trackers that share their sleep patterns, activity, heart rate, and other health metrics with Verily researchers. Her criticisms: