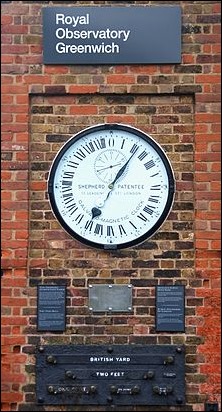 Tech pet peeve of the week: time zones. I am working with some folks who don’t know their EST from their EDT, let alone how to work with people in localities that don’t participate in Daylight Saving Time. I’m thinking maybe we just need to all go GMT so we can get along. Either that or Microsoft needs to give us additional time zone display options in Outlook. Two is just not enough for those of us who work coast to coast or sometimes trans-Pacific.

Non-tech pet peeve of the week: recruiters who don’t know their audience. I was contacted by a recruiter from a payer (whose name I will keep anonymous to protect the guilty) who apparently had me confused with someone in another generation. “We believe that you, as a rising star, will use your unparalleled talents… fulfill your dream.” Last time I checked, most physicians don’t dream of working for a payer (although some people are really into it) but the flowery language screamed insincerity. That’s not how I’d approach a seasoned physician exec, but it made for a fun conversation when I decided to just mess with him.

EHR pet peeve of the week: having to respond to laboratory “Ask at Order Entry Questions” that should be hard-coded. How many times have I had to free text “throat” as the source for “culture – throat” in the CPOE screens of my EHR? Seriously, folks.

Clinical pet peeve of the week: my mammogram visit at Big Medical Center. I was greeted by a volunteer, then sent to waiting room purgatory for 25 minutes despite being on time. The registrar who called me over had a coffee-stained desk (right where I was supposed to lean over and fill out paperwork) and the base of her monitor hadn’t been dusted since the Bush administration. There were rubber bands everywhere on the desk and I can’t for the life of me imagine where rubber bands would belong in the workflow. I was asked to fill out a paper clinical history, including all my demographic information, by hand, and then she peppered me with registration questions while I was trying to fill out the clinical history. Perhaps my time in the waiting room would have been a better time to fill that out?

The registration system popped up a phone number that I’ve been trying to have removed from the system for almost 15 years. She had to find someone else to find out how to try to remove it. I asked why I had to put my contact numbers on the paper history and was told “if the techs have to call you, they never look at the computers.” That’s reassuring in this age of interoperability.

The worst part was being informed that I would receive my results “by mail in 7-10 days.” Despite Big Medical Center’s high-risk breast cancer program, I think I’ll be having my next study at Independent Imaging, where I used to go and where results were real time and in person. Independent Imaging at least used their EHR to pre-populate the clinical history form and have patients just update it, which is exactly what I would have expected at Big Medical Center since they just spent half a billion dollars (literally) going up on Epic. Let’s see if they contact me after I gave them free consulting on their comment card.

That’s certainly a greater number of peeves than I should be allowed this week, so let’s talk about what went well.

I’m part of a pilot project with the American Board of Family Medicine to see if doing quarterly board exam questions can be substituted for the in-person, high-stakes exam. I did my second batch of questions and think I finally have my strategy figured out on which references to use and how to approach the questions. The system is pretty streamlined and they did make a few tweaks between the first and second quarters, so I’m looking forward to see if they make any additional enhancements for Quarter 3. Those of us who have hitched our wagons to this paradigm are likely in it for the next three to four years, so hopefully the improvements will continue.

From a mental standpoint, I definitely prefer it to the testing center, where you have to turn your pockets inside out and are practically frisked if you take your allotted breaks. Let’s hope the American Board of Preventive Medicine considers a similar approach before I have to sit for informatics recertification in 2024.

I also caught up on some of my journals, including Applied Clinical Informatics, which published a study validating what most of us already knew – that physicians don’t always document key components of a visit in the EHR. The authors looked at the documentation compared to recorded office visits and concluded that for some clinicians, EHR documentation is more challenging than paper notes. Other factors influencing curated documentation include overbooked schedules and patients with complex medical conditions. Social and emotional health issues were often left out of the EHR, and while primary care physicians may be aware of these details, there are other clinicians who would not be able to access that information in a different setting of care. These omissions may prevent hospital or consulting physicians from creating a workable care plan because they don’t know about patient-specific constraints.

The study is relatively small, looking at 10 unique patient encounters from 2016. All were from the same medical center and documented on the same EHR. Patients had an average of 14 chronic conditions and were on an average of a dozen medications. Chronic conditions were documented 90% of the time, preventive 89%, acute problems 84%, and social/emotional conditions just 30% of the time. Looking at the breakdown of the recorded visits, physicians were having the conversations real time, but just not documenting them.

This is a great place where technology could help. What if we could actually accomplish what virtual scribes are doing, but actually do it real time in the exam room? What if voice recognition was as good as we need it to be? Of course, clinicians would still need to review notes for accuracy after processing, but it would be more valuable use of a computer than we are currently doing. I know Nuance is working on the exam room of the future that would be able to collect some of this information, but last I heard, they were going to pilot it with subspecialists rather than tackle the tangled world of primary care. How long will it take until we finally make it there? Only time will tell, and perhaps it will tell us in GMT.

What is your pet peeve of the week? Leave a comment or email me.