Congratulations to the University of Arizona College of Medicine – Phoenix for receiving full accreditation from the Liaison Committee on Medical Education. The school was created more than 10 years ago to help address Arizona’s physician shortage and was originally a branch campus of the UA College of Medicine – Tucson. Now, UA joins the ranks of only a few universities with multiple accredited medical schools. Starting up a new medical school is a daunting process, whether it’s a branch of an existing school or not. I had the pleasure of speaking recently with one of the faculty members at the Dell Medical School at The University of Texas at Austin who shared some of their trials and tribulations. Becoming fully accredited is quite an accomplishment.

While EHR vendors are working on their certification testing, many are expanding the incorporation of user testing. NCQA is also getting into the act with a website usability and navigation study. I appreciate the fact that they’re trying to make the website easier to use, but I wish they’d make their recognition programs less cumbersome and more affordable for primary care practices. I’ve been contacted by multiple clients who are struggling with the transition from their 2014 program to the updated 2017 program. One of my staffers is attending the course in Washington, DC this week, and at nearly $900 for one day it’s certainly not cheap. Tack on some hotel and travel, and it’s a lot for a small practice to spend for training.

Fortune recently released its list of the 500 companies that generated the most revenue in the last year. Multiple healthcare systems made the list, including HCA Holdings, Community Health Systems, Tenet Healthcare, DaVita, Universal Health Services, LifePoint Health, Kindred Healthcare, and Genesis Healthcare. Health insurers made it on the list as well, with UnitedHealth Group ranking at number six. Other payers making the cut include Anthem, Aetna, Humana, Centene, Cigna, Molina Healthcare, and WellCare Health Plans.

A friend sent me this piece about “Perfect Non-Clinical Income Ideas for Doctors.” I had to laugh at some of the suggestions, especially considering the time pressure that many physicians face. I don’t imagine that many physicians would be up for multilevel marketing, peddling insurance, or renting out their cars. Not to mention, the author fails to appreciate the concept of “passive” income. The only side businesses I see my colleagues involved in are in the property ownership realm, and none of them are personally managing their properties.

My practice opened two new locations in the last 30 days, so I’m working more clinical shifts than I usually do. Unfortunately, that increased schedule came right when my vendor is experiencing an ongoing problem with API errors. The impact is worst when we’re trying to use the e-prescribing functionality or when staff is trying to search for the patient’s preferred pharmacy, which means it impacts pretty much every patient when it happens. Although I appreciate the communication, receiving an email every two hours that essentially says “yes it’s still going on, and no we don’t know how to fix it yet” becomes annoying. Even while I scowled at my inbox, however, I did get a kick out of a marketing email that popped in from our friends at EClinicalWorks. Apparently they’re offering an ill-timed promotion called “Make the Switch” that includes free data migration to the system. I wonder how many takers they’re getting.

A reader sent me this piece about workplace wellness programs. It references some interesting statistics that I wasn’t aware of, such as the fact that 50 percent of companies that have more than 200 workers either offer or require employees to complete biometric screenings. Of those companies, more than half offer financial incentives to employees to participate. Others mandate the screenings for employees who elect company-provided health insurance plans. I’m sure wellness programs will continue to expand, as employers try anything they can to try to control rising healthcare costs.

I’ve written about my concerns around wellness programs before, namely that programs often aren’t compliant with screening recommendations. They may require employees to participate in screenings, such as blood glucose and cholesterol, that are not recommended for their age group and that may lead to distress and interventions that ultimately do more harm than good. Another tidbit I wasn’t aware of is the fact that modifications to regulations around employee wellness programs were nestled into the Affordable Care Act, allowing employers to shift 30-50 percent of employee-only healthcare premiums onto employees who fail wellness tests. I haven’t had to participate in biometric screening since I left Big Hospital, although when you compare the hassle, invasion of privacy, and dubious science against the premiums paid by small businesses, it doesn’t seem so bad. 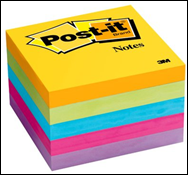 I’m always on the lookout for stories of adventures in healthcare, and today I had one of my own. I was calling to make an appointment for a procedure with a provider who has multiple offices. Even though I haven’t been seen there in a couple of years, they were willing to schedule the procedure without a consultation first, which seemed unusual given the opportunity to not only collect an updated history and physical but to also generate some extra charges in a procedure-based specialty. The scheduler then paused and said, “Let me write all this down” and I assumed that she was going to take my request to a surgery scheduler, who would get back to me for the actual scheduling. She “wrote” for over a minute, and apparently used the information as a reference while she looked at the computerized scheduling system. As a process improvement person, I can’t imagine how that works given an average office’s phone volume. I can’t wait to see it in person in a couple of weeks. Needless to say, I won’t be surprised if they call me back and ask to schedule a consultation first, but you never know.