July 4, 2011 Dr. Jayne 4 Comments
July 4, 1776 was the day the Declaration of Independence was signed. Informally, July 4 is considered the birthday of the United States of America, although the Revolutionary War (sometimes known as the War for American Independence in the rest of the world) continued well into 1783. 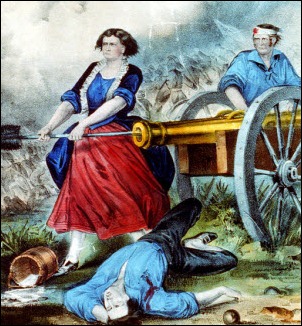 I’m a bit of an American History devotee as well as a medical history nerd. Molly Pitcher (Mary Hays) is one of my favorite Revolutionary War heroes. Starting as a “camp follower” at Valley Forge, she worked her way from carrying water for thirsty troops to carrying water to cool hot cannon barrels between firings.

When her husband collapsed next to his cannon at the Battle of Monmouth, she took his place, ramming the barrel in between shots so that it could be loaded. Legend has it that enemy fire blew a hole in her skirt and she shrugged it off with the comment of, “Well, that could have been worse.” How can you not be in awe of a gal like that? 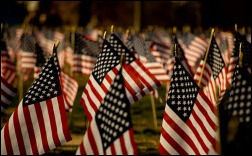 I hope you’re all flying your flags – I know I am. Despite all of the flaws, America is still a great place to practice medicine. We’ve come a long way from leeches and mercury to the age of wonder drugs. Sure, electronic health records are debatable, but let’s look at a few of the things we’re glad have (thankfully) gone into the history books as well as some interesting historical factoids. And as you’re reading, remember that many people around the world still live in conditions that haven’t changed much since Molly Pitcher swabbed her last cannon.

Those who are curious can learn more about Revolutionary-era medicine by perusing Dr. William Buchan’s book Domestic Medicine.  Watch out — make sure you don’t catch The Quinsey or even worse, The Gleets.

Now that you’re more than glad that you can have your gallbladder removed laparascopically or pop in to see the nurse practitioner at the local pharmacy for a script to cure your strep throat, let’s cover one tidbit that was discussed over 200 years ago yet didn’t make it into the Constitution: Medical Freedom. Benjamin Rush advocated at the Constitutional Convention:

Unless we put Medical Freedom into the Constitution, the time will come when medicine will organize into an undercover dictatorship … to restrict the art of healing to one class of men, and deny equal privilege to others, will be to constitute the Bastille of Medical Science. All such laws are un-American and despotic and have no place in a Republic … The Constitution of this Republic should make special privilege for Medical Freedom as well as Religious Freedom.

Not exactly something most of us heard about in American History class, but just as interesting a concept today as it was in 1787. So when you’re out of things to say at the family barbecue, you can feel free to throw that one out there. I guarantee the relatives that always discuss Medicare and Social Security will have a field day with that one.

Have a great recipe for red, white, and blue cocktails or a killer potato salad? E-mail me.