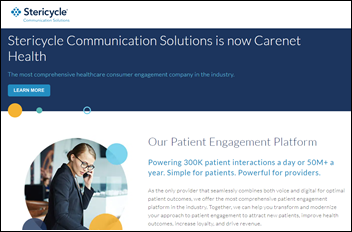 I could be convinced to change my “most important winter holiday” order of importance after reading a poll comment from Cyrus about Yalda. Yalda celebrants, most of them in Iran and nearby countries, observe the winter solstice (December 21 this year), the last day of autumn and the longest night of the year, after which hours of daylight start increasing again. People stay up all night, eat watermelon and pomegranates (their glowing colors symbolize dawn and life), read poetry, and dance and play drums when the sun rises in a triumph of light over dark. Yalda means “birth.” I like it even beyond my personal obsession with changing hours of daylight — nobody is excluded or favored since the same sun shines down on us all, although I suppose folks in the Southern Hemisphere would need to buy their Yalda pomegranates in June.

New poll to your right or here: As a patient, would you be OK with your provider billing you personally for the time they spend answering clinical questions via patient portal or email? My immediate response to my own question was that of course professionals should charge me for their time that I consume voluntarily, regardless of the modality by which it is provided, but healthcare is different – will they tell me in advance that the clock is running, aren’t they already charging me ridiculously high prices without having to nickel-and-dime me over portal messages, will they bill only for new clinical work and not administrative questions or follow-up inquiries triggered by their lack of clear explanations, and should I be paying cash when I have insurance? 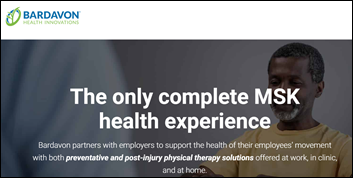 Welcome to new HIStalk Platinum Sponsor Bardavon. The Overland Park, NS-based company partners with employers to optimize their employees’ musculoskeletal health with both preventative and post-injury solutions offered at work, in clinic and at home. Bardavon differentiates from digital-only players by combining a hybrid approach to MSK optimization that is bolstered by a nationwide network of 25,000 physical and occupational therapists who are focused on the holistic health of the American worker. Bardavon’s unique focus on an often-forgotten subset of the worker population, those who do the manual labor in America, positions them in a unique category as they launch into the commercial sector with a focus on a complete offering enabling both healthy and injured employees as they work to optimize their movement health resulting in positive, long-time health benefits for both the employees and the employer. Thanks to Bardavon for supporting HIStalk. Thanks also to the company and long-time HIStalk reader SVP/GM Alex Benson (who worked for Cerner for many years) for making a generous donation to my Donors Choose project this past April that fully funded 41 teacher grant requests. 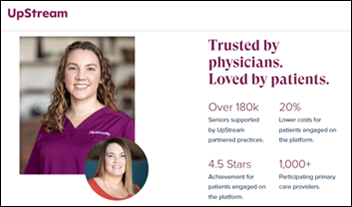 Advanced primary care services and technology vendor UpStream Healthcare raises $140 million in a Series B funding round, increasing its total to $185 million.

Investor-backed mental health startups – some of which were formed to exploit COVID-relaxed prescribing rules — failed to disrupt mental healthcare, Business Insider concludes, because they spent too much on advertising to attract patients and found that the direct-to-consumer model doesn’t work well because patients aren’t willing to pay. A former provider for Cerebral, which is best known for generating many prescriptions for Adderall and Ritalin, says she was allowed to spend just 15 minutes every three months with each patient.

I rarely mention open positions, but CHIME has an interesting one for director of innovation that does not require relocation. 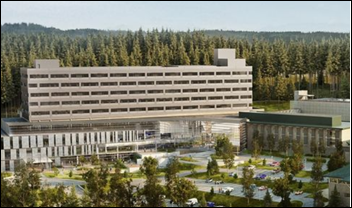 A ProPublica investigation finds that publicly traded hospital operator Universal Health Services has pocketed $38 million in Washington state taxpayer funds over five years for running special education day schools in which underpaid, poorly trained employees taught students without a published curriculum and sometimes isolated and restrained them. The state paid annual tuition of $68,000 to $115,000 per enrolled student. Experts say that UHS, which earned $1 billion in profit last year, is one of several investor-funded companies that have targeted private special education and autism services because the revenue is steady and publicly funded.

Cardiologist Eric Topol, MD covers “medical selfies” in which he used a smartphone-based ultrasound device whose instructions came from YouTube. He says that US healthcare provides no incentive for using the devices because providers make money from traditional sonographer studies, but the technology is being used in other countries. He also notes the recent contribution of AI that allows anyone to perform a screening echocardiogram as guided by the app.

Police arrest a 72-year-old hospital inpatient in Germany who turned off the “noisy” oxygen machine of her room’s other occupant several times, requiring that patient to be resuscitated and moved to ICU.