Healthcare automation vendor Olive AI lays off 450 employees, one-third of its total headcount, saying that economic realities have forced it to “reconcile missteps” related to its aggressive expansion.

The company was valued at $4 billion a year ago.

The company says it will sharpen its focus on revenue cycle for providers and utilization management for payers, which generate 80% of its revenue.

Olive shares CEO Sean Lane with Olive spinoff and Medicaid care management technology vendor Circulo, which laid off 25% of its workforce one month ago.

GE Healthcare, which is separating itself into three publicly traded companies that each focus on a high-growth sector, will name the healthcare business GE HealthCare when it spins off in early 2023.

An internal email that was shared on Reddit – and confirmed by Oracle as authentic by the Kansas City business paper — outlines significant changes in the former Cerner business that is now owned by Oracle:

Loyal integrates Google Business Messages – the  asynchonrous chat function that is built into Google’s search and map tools — with its digital platform, allowing users to carry their conversations forward from Google searches to a hospital’s website or patient portal without losing the discussion.

Microsoft announces a digital contact center platform that is powered by tools from Nuance, Dynamics 365, Teams, and Power Platform. 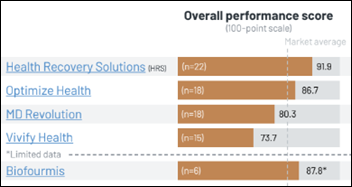 A new KLAS report on remote patient monitoring concludes that interest and investment is growing in a fragmented market, but RPM’s future will be driven by insurer payments. The offerings of Health Recovery Solutions and Vivify Health have the highest usage, but the latter suffers from steadily declining customer satisfaction due to low support quality and poor EHR integration. Organizations say they need better EHR integration to streamline clinician workflows and capture billing data, also hoping that patient ease of use will improve. Most of the RPM activity is tentative exploration by large health systems who plan to support their RPM programs through insurance billing or by reducing costs under value-based care contracts.

HHS OCR settles 11 cases in which providers failed to give patients copies of their medical records in a timely manner, assessing civil money penalties that range from $3,500 to $240,000. One medical practice refused to provide medical records to a patient who had an outstanding balance, another claimed that a patient’s durable power of attorney did not include access to medical records, and Memorial Hermann Health System paid the largest penalty of $240,000.

Fortified Health Security’s mid-year cybersecurity report finds that malicious attacks make up of 80% of breaches and organizations that use cybersecurity tools that use AI/ML can detect and contain breaches faster than those that don’t use automation. 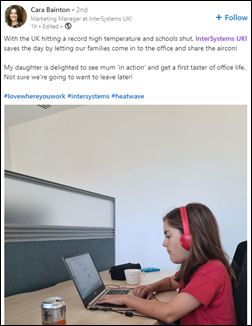 InterSystems UKI supports its employees during record-high temperatures and the resulting school closings by inviting the families of employees to spend the day in its air conditioned offices.