Amazon announces that Alexa users can access virtual care from Teladoc Health on its Echo devices. The audio-only service, prompted by the command, “Alexa, I want to talk to a doctor,” connects users to a Teladoc call center. Visits may be covered by insurance or will otherwise cost $75, the same cost as initiating a virtual visit directly through Teladoc.

Teladoc’s stock jumped on the news, which caused some to speculate that Amazon might eventually acquire the telehealth company. Teladoc Health CEO Jason Gorevic said last year that he didn’t consider Amazon a threat to Teladoc’s business since Amazon Care’s business was overrated given its limited client base. That base has since expanded beyond the company’s employees in select markets to nationwide services for its employees and other employers.

Teladoc beat Wall Street expectations with its latest quarterly figures, though its share price has dropped 76% in the past 12 months.

Meanwhile, Teladoc warns in its annual report that its October 2020 acquisition of Livongo has created integration challenges that “will continue to be a time-consuming and expensive process” that could disrupt its business. The company suggests that it will take a non-cash goodwill write-down of between $800 million and $4 billion on the Livongo business in Q1. TDOC, whose market cap is $12 billion, paid $14 billion for Livongo 16 months ago.

From Cannulater: “Re: HIMSS22. Can you provide a link to your exhibitor tips document that I’ve heard about?” I guess it’s that time of year again. Here you go.

From Ali Cart: “Re: paying for play. How much do you charge for doing an interview?” Zero. Companies can buy only two things from me — an annual sponsorship and webinar promotion – both clearly labeled, neither including editorial involvement. Sites that require payment to interview executives, run vendor-cozy propaganda, and promote white papers apparently hope that readers won’t identify that content as thinly disguised ads, but it’s a credibility karma killer for me. I’ve exited several sites and social media groups lately where the organizer tried to monetize it on the sly by having their ego or wallets stroked silently under the table. Sell space if you want, just have the guts to label it as paid content so we know where objectivity is in question.

From Be There or Be Square: “Re: ViVE conference. Why aren’t you attending?” In a nutshell, it’s too close to HIMSS and too hard (and expensive) to attend anonymously. Attendee reports are welcome.

The HIMSS22 web page shows that 74 of the 85 official hotels are sold out of rooms. The exhibitor list includes 945 companies. Sounds pretty bangin’ unless those numbers don’t end up matching the on-the-ground experience.

Qventus secures $50 million in growth capital from investors that include Thomas H. Lee Partners and Premier, which announced a partnership with the company last month. Qventus, which has raised nearly $100 million, offers AI-powered software to help hospitals automate operations and patient flow. 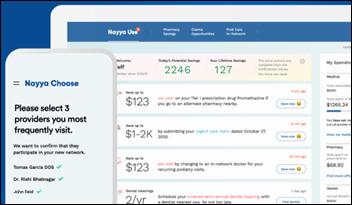 Cigna will provide an additional $450 million to fund its Cigna Ventures venture capital arm, which will be used for investments in analytics, digital health, and care delivery. Cigna says it will focus on repurchasing shares rather than M&A in 2022, but will consider strategic investments and bolt-on acquisitions.

Chuck Suitor, MS retires from MD Anderson Cancer Center after a 26-year IT career, most recently as AVP/CTO. 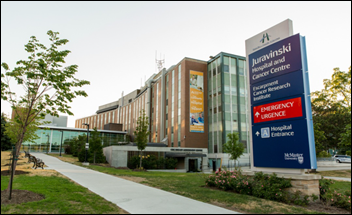 Hamilton Health Sciences will go live on Epic in June across its 10 facilities in Ontario, replacing Meditech.

Clearwater announces GA of a 405(d) HICP Assessment solution, software, and consulting service that will help providers that have experienced a breach demonstrate that federally-recognized cybersecurity practices have been in place for at least 12 months.

ONC has received 249 valid information blocking claims submitted through its reporting portal since the regulation took effect on April 5, 2021, with about two-thirds of those issues being reported by patients and most of them involving providers. The most common complaint of both patients and providers was being excessive charges or delays in obtaining patient information, with providers additionally reporting problems getting their EHR vendor to assist with migrating data to a replacement system. ONC will update its status page monthly, although it won’t indicate whether investigations have been opened or concluded.