The Centers for Medicare & Medicaid Services released details on the status of Accountable Care Organizations. CMS promotes the fact that 66 new ACOs joined the program and 140 renewed their agreements, bringing the total number of programs to 483. Looking at historical data, however, that’s small growth (six programs) since last year, but an overall decrease since 2020’s count of 517 programs. Doing the math, that means 60 organizations left the program.

In speaking with colleagues who are closer to the ACO world, even when ACOs don’t renew, it is likely that upwards of 50% of clinicians will move into a different ACO. That’s good news for patients who value continuity. The overall ACO initiative has a long way to go to meet its goals of providing coverage for the majority of Medicare beneficiaries in the US. It will be interesting to see how the program continues to evolve and how quickly it can build that kind of coverage.

Telehealth is hot in the news this week. The first story involves telehealth gone bad, with a Georgia nurse practitioner being found guilty of $3 million in fraudulent activities. Charges include healthcare fraud, identity theft, illegal kickbacks, and false statements. The Operation Brace Yourself sting operation targeted providers who were unnecessarily ordering durable medical equipment for patients they had never evaluated. The criminal conspiracy involved targeting senior citizens through telemarketing, then using their personal information to submit claims for orthotic braces. The convicted nurse practitioner signed over 3,000 orders related to falsified medical records in exchange for money. Despite what was said in the 1990s, greed is NOT good.

Amazon’s telehealth efforts were also in the news as it announced plans to expand Amazon Care’s in-person services to more than 20 new cities this year. Its virtual services are already available across the country. Amazon’s blurb says, “Care Medical doctors and nurses across the country are dedicated to treating Amazon Care customers, so patients are able to build lasting relationships with their health care providers over time.” Hopefully, Amazon’s model for employing physicians and nurses is more flexible and rewarding than some of the employment practices we hear about at Amazon’s warehouse and delivery operations. Keeping patients happy over time involves keeping their care teams happy over time, which is a difficult nut that healthcare organizations have struggled to crack for decades.

Anthem also announced its plans for virtual primary care services for its members in 11 states. The virtual offering includes an initial health check with creation of a personalized care plan and is being offered at little or no cost to members. Anthem talks about delivering services through its Sydney health app, which can handle secure chat for urgent care as well as support for scheduling. However, it’s unclear how its offering will integrate with patients’ existing medical records or care providers such as subspecialists. Both Anthem and Amazon seem to be targeting employer-sponsored plans. Since employers have a vested interest in trying to reduce healthcare spending, it will be interesting to see what adoption of these programs looks like.

I serve on the health advisory committee for my local school board. We had an interesting conversation this week about the role of testing in the current phase of the COVID-19 pandemic. With the explosion in at-home testing and the fact that those tests are generally not reported to public health authorities, overall testing numbers and positivity rates are becoming skewed. My colleagues in public health informatics have already struggled with the knowledge that we’ve been underreporting cases throughout the pandemic, and the boom in home-based testing isn’t helping. Local schools have been looking at positivity rates to determine whether to hold classes in-person and whether to require masks and those decisions have become more complicated. We’re starting to talk about using percentage of vaccination as another indicator, but it’s difficult to get people to self-report their vaccination status. The last couple of years have been agonizing for educators and I don’t envy the decisions they have to make on a daily basis.

We’re also seeing a boom in patients who think they might have COVID but don’t want to be tested because they can’t afford to be off of work. This also applies to people who don’t want their children tested because they don’t have backup childcare options if the students have to be kept out of school. This also creates decision-making challenges and was on my mind when I read a recent JAMA article looking at the number of adults who thought they had COVID-19 but actually didn’t. About half of unvaccinated adults who thought they had been infected were found not to have antibodies, which are expected to be present at least at some level for about nine months after an infection. Conversely, 99% of people who had a test-confirmed infection had antibodies. Of note, 11% of people who thought they had never been infected had antibodies. The data is from pre-Omicron days, so I will be interested to see what it looks like after the current wave. 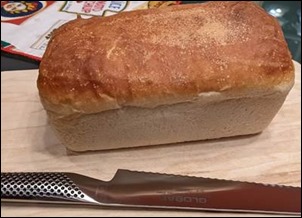 Working from home has certainly given me more time for pastry therapy. Now that many of us have been fully remote workers for a couple of years, it’s interesting to think back about how things used to be. We’ve all become used to some of the quirks of this new normal, from sharing broader views of our colleagues’ home lives to joining them in the carpool line as they pick up children from school. It’s been interesting to see how some organizations have evolved to new ways of working, with guidelines around whether meetings have to be video or whether they can be audio only, etc. Some have policies about how/when to use phone versus collaboration solutions versus email. Some organizations have become casual and free form with meetings, where others observe more formal meeting disciplines.

I ran across a situation the other day that I hadn’t encountered. I was on a client call with my normal working group and we were just doing our thing. Out of nowhere, someone joined the meeting, and although initially I thought they were a Zoom-bomber, I noticed they had a company logo on their pullover. Since I wasn’t the facilitator or the host, merely a member of the working group, I didn’t say anything. I figured I would wait to see how long it took for them to introduce themselves or for someone else on the call to say something. We weren’t discussing anything sensitive or proprietary, so I felt comfortable waiting. A full 38 minutes later, the meeting ended, and I never did figure out the identity of the mystery person other than their name caption. I’m still surprised that no one said anything, but that kind of thing is what makes being a consultant interesting.

What do you do when random people show up in your meetings? Leave a comment or email me.