ONC and The Sequoia Project publish the Trusted Exchange Framework and the Common Agreement (TEFCA) that will allow entities to apply for designation as Qualified Health Information Networks.

YouTube has recently been suggesting to me videos related to ASMR — autonomous sensory meridian response — in which the sounds of whispering or nature cause some people to tingle or to relax. Camping, romantic role play, and cooking are common subjects of the audio-emphasized videos. They don’t do much for me, but I’m intrigued to learn that the name — and the attempt to apply science to the phenomenon — originated in 2009 with Jennifer Allen, an interface analyst with Allscripts (she’s now a cybersecurity expert) who thought the initially proposed term “brain-gasm” wasn’t optimal. Quite a few YouTube “personalities” or “ASMRtists” are making as much as $6 million per year each from their cut of ASMR video ad revenue, although you would think that the YouTube-inserted ads would disrupt whatever ASMR experience was in progress. 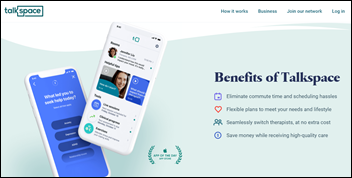 Digital mental health company Talkspace faces a class action lawsuit alleging that its proxy statement misled investors before its SPAC merger last year. The suit contends that the company hid its lower margins and higher customer acquisition costs and overvalued its accounts receivable from health plans. Husband and wife co-founders Oren and Roni Frank left the company in November ahead of disappointing third-quarter results. Talkspace found itself in hot water in August 2020 when reports surfaced that the company was mining session transcripts for marketing purposes and asking employees to create fake positive app store reviews. Shares that closed on their first day of trading in June 2021 at $9.19 are now at $1.58, valuing the company at $248 million. The company tried to soothe investors at last week’s JP Morgan Healthcare Conference by saying that it hopes to increase the time users engage with the app, make it easier for cash-paying customers to use their insurance, find a CEO, and bundle its services. 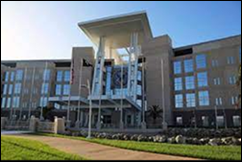 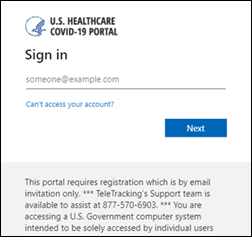 HHS signs a $12 million, 12-month extension of its contract with TeleTracking for its hospital bed and supply-tracking database. The database was originally commissioned in April 2020 as part of federal efforts to streamline hospital submission of COVID-related capacity, patient count, and supply information. The company came under Congressional fire several months later for the original no-bid contract, which prohibited it from discussing how it collects and shares data, the nature of its proposal to HHS, and communication it may have had with the White House or other government officials. 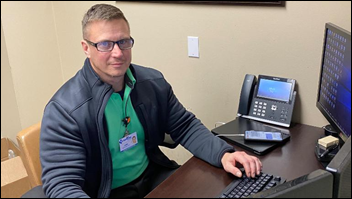 Jackson Hospital (FL) recovers from a ransomware attack late Sunday night that infected its ER charting system. The 600-employee hospital took all of its systems offline and reverted to downtime procedures. IT Director Jamie Hussey and his 12-person team have since brought nearly everything back online. He expects the charting system, which is maintained by a third party, to be back up and running later this week. Hussey, a 26-year Jackson employee, explained to CNN, “It’s better to be down a day than be down a month. Lock it down and piss people off. It’s what you have to do just to secure your network.”

Security researchers say that the smartphone app that China is requiring athletes to use for COVID tracking during next month’s Olympics exposes health data because of encryption shortcomings. The app also contains a dictionary of political terms that China censors, although it’s not clear that the app uses it. The security flaws theoretically violate China’s personal data protection laws and the app store policies of Google and Apple. The experts assume that the flaws were unintentional, but note that fixing them might interfere with the government’s online surveillance tools.