R1 has made a handful of acquisitions over the last several years, including VisitPay for $300 million, Cerner’s RevWorks business for $30 million, Intermedix for $460 million, and SCI Solutions for $190 million.

The company made a comeback after several widely reported missteps under its former name Accretive Health – settlement payouts for aggressive patient collection tactics and lapses in data security, followed by delisting of its shares from the New York Stock Exchange – and was renamed to R1 RCM in 2017.

RCM shares trade on the Nasdaq, with a market capitalization of $6.5 billion.

CloudMed Solutions – sold to Revint, then named Cloudmed — was founded by Jason Merck, now EVP of Cloudmed, in 2015.

I’ve long wished for IOS-type capability in Chrome to be able to send a web page’s link (nearly always to myself) via Gmail, but somehow I never thought to Google a solution until today, when I found an ancient Chrome extension called Send from Gmail (by Google). It hasn’t been updated since 2013, but it seems to work fine, much easier than copying the web address and composing a new email and pasting it in.

Discuss: a physical line of people waiting for something indicates a failure of technology to meet a need.

Multi-vertical analytics and data services company Qlik files for an IPO, with date, number of shares, and pricing yet to be determined. Thoma Bravo acquired Qlik in 2016 in a $3 billion deal, taking it private after facing pressure from activist hedge fund Elliott Management.

Healthcare collaboration software vendor TigerConnect secures $300 million in funding from Vista Equity Partners, bringing its total raised to $400 million. Competitors Voalte and Vocera were acquired by medical technology vendors in 2019 and 2022, respectively, for $180 million and $3 billion.

Transcarent, the employer health insurance cost management software company led by Glen Tullman, raises $200 million in a Series C funding round that values the company at a reported $1.6 billion. It has raised $300 million in just over a year. Transcarent inked a deal with Walmart last October to offer the retailer’s pharmacy services to its self-insured employer customers.

OR block time management technology vendor Copient Health raises $3.2 million in a Series A funding round. The co-founder and CEO of the Atlanta-based company is industry long-timer Mike Burke, who previously founded Dialog Medical and Clockwise.MD.

Primary care enablement company Aledade acquires Iris Healthcare, which offers advance care planning solutions. It is the first acquisition for Aledade, which was co-founded in 2014 by former National Coordinator Farzad Mostashari, MD, MSc, who serves as the company’s CEO. 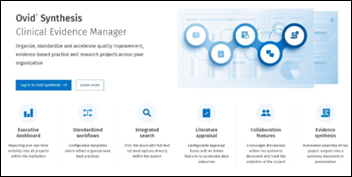 Healthcare visionary and cardiac surgeon Devi Shetty, MBBS, MS — chairman and executive director of India-based hospital operator Narayana Health — says that 95% of illnesses will soon be treated via telemedicine since healthcare requires only data, with few patients needing hands-on services such as surgery. He also predicts that EHRs will diagnose conditions better than doctors within five years, and that shortly after, doctors will be required to obtain a second opinion from software before initiating treatment. 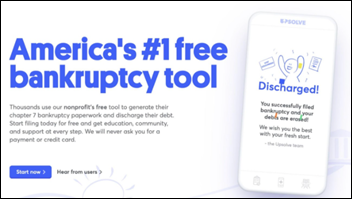 A non-profit consumer group publishes Upsolve, a free app that allows consumers to file Chapter 7 bankruptcy – often necessitated in the US by medical debt — without an attorney, paying only a $338 federal court filing fee (which the app also applies to have waived). The company’s mission is to destigmatize bankruptcy for consumers as has already happened with businesses, for which it is just a smart financial strategy to avoid paying debt. The group warns, however, that people can file Chapter 7 only once every eight years, so they should consider when to file if they are undergoing long, expensive cycles of chemotherapy.