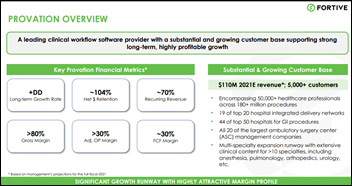 Seller Clearlake Capital acquired the company from Wolters Kluwer in early 2018 for $180 million. Provation then acquired Pentax Medical’s EndoPro endoscopy platform and documentation procedure vendor IProcedures, both in 2021, and EPreop in 2020.

From Sporacide: “Re: Adjuvare. I didn’t see you mention its formation.” I didn’t see it, but added it below. Patrick Soon-Shiong’s NantHealth is involved with the company, which uses technology from one-time high-flyer AirStrip, whose apex was sharing an Apple stage with Tim Cook way back in 2015 after raising $65 million (and another $22 million in 2019). NantHealth has seen its own struggles, with shares down 95% since its IPO and the company’s valuation down to around $100 million, while NantKwest died quietly in being merged with another Soon-Shiong company, immunotherapy developer ImmunityBio, whose shares have dropped 85% in the past 10 months.

From Roman Board: “Re: Boardsi. I was exploring potential board positions post-retirement. They are a pay-to-play setup like ExecRank and spam me with lots of opportunities that require paying to be considered. Do companies really pay them to recruit board members?” I hadn’t heard of the company, which charges candidates $200 upfront and $195 per month (auto-renewing) and in return guarantees nothing. Anonymous complainers claim the company posts fake LinkedIn board position postings and refuses to answer basic questions about percentage of people placed or its user satisfaction rate, while I would characterize quite a few of the glowing online reviews as questionable (no verifiable user or company names, bot-sounding reviews that refer more to job recruiting than board placement). BBB shows 18 complaints, mostly involving being ignored when requesting cancellation, not having emails and calls returned, and having zero companies make contact. Some observe that the few positions the were offered involve informal advisory boards, which pay nothing and aren’t much of a resume builder. Please share your experience with Boardsi.

From Lindy: “Re: VCU Health. The CIO is leaving abruptly in the middle of an Epic rollout, 10 days post go-live, four years into her first CIO job.” Verified. Susan Steagall, MBA will leave VCU on December 16 after its December 4 go-live on Epic. 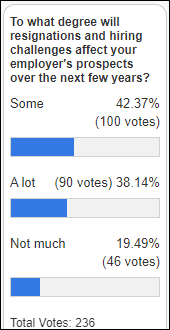 Most poll respondents expect their employers to struggle with staffing over the next few years. Commenters brought up good points: (a) senior people are leaving, both because they have more opportunity with competitors but also because they have lost trust in their employers due to layoffs and poor corporate culture; and (b) work-from-home has created endless opportunities that devalue geographic loyalty and break through local compensation practices,

New poll to your right or here, following up on last week’s question: Did you change employers in 2021 or do you expect to do so in 2022?

We offer tiny startups a first-year, one-time sponsorship discount. Lorre says she will make that same deal available for companies of any size that have never sponsored HIStalk through December 31. Contact her.

Thanks to the following companies for recently supporting HIStalk. Click a logo for more information.

December 9 (Thursday) 1:30 ET. “Cone Health: Creating Extreme Efficiencies in Surgical Services.” Sponsor: RelayOne. Presenters: Wayne McFatter, RN, MSN and Sharon McCarter, RN co-directors of perioperative services, Cone Health. The presenters will discuss how they have empowered the entire surgical care team, including vendor representatives, to get real-time access to surgery schedules and case requirements in the palms of their hand. RelayOne CEO Cam Sexton will also present the findings of a recent study of 100 hospital leaders regarding their operating room optimization plans for 2022. 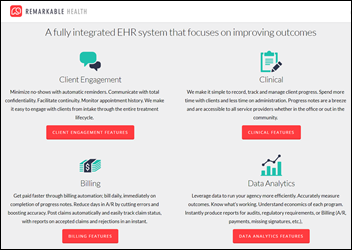 Netsmart acquires Remarkable Health, which offers AI solutions – including an EHR and virtual clinical documentation — for behavioral health, substance use, and human services. 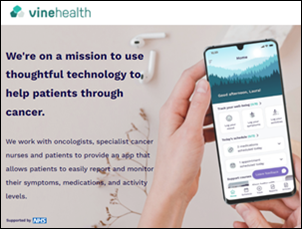 UK-based Vinehealth, whose app collects oncology patient-reported outcomes, raises $5.5 million in funding for a planned expansion to the US. Co-founder and CEO Rayna Patel, MBBS, MPhil is an NHS England National Innovation Fellow.

United Arab Emirates launches Riayati, a national medical record that will be linked to the Wareed and Nabidh EHRs and Dubai Health Authority’s HIE. UAE intends to create an integrated medical record for every UAE resident. 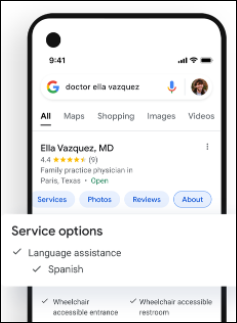 Google adds languages spoken to its medical office search results, although of course it’s up to the office staff to update the information by claiming their Google Business Profile (and making sure that the person who speaks the claimed language is working on any given day). Google previously added the insurances accepted by practices, which is almost certainly wildly inaccurate since even insurers can’t keep track of that. 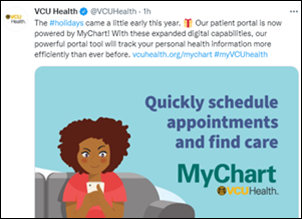 VCU Health (VA) was scheduled to go live with Epic over the weekend, replacing Cerner.

Google will reportedly launch the Pixel Watch smart watch in 2022, which will offer a heart rate monitor and activity tracking. It will not bear the Fitbit name even though Google acquired that company for $2.1 billion in January. Google killed off its first Google-labeled watch before it was scheduled to be announced in 2016, choosing to license its software to other companies instead. Business Insider quotes company sourcea as saying that Google’s offering will be “a pretty direct mirror” of Apple Health.