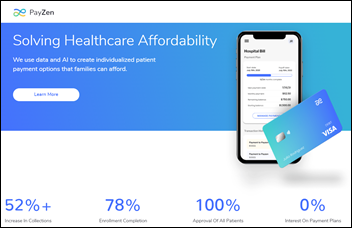 Healthcare payment options platform vendor PayZen raises $15 million in a Series A round.

From Clicker: “Re: clicks. You have said you track certain clicks on the site. I’m wondering which had the highest numbers.” I usually count clicks for announcement of a new sponsor, a webinar, or anything for which I’m trying to gauge reader interest for future coverage. The most-clicked items (3,000 to 4,000 clicks each) were new sponsor announcements (which make up the top five spots), webinars (six), top-of-page banner clicks (two), and an interview (one). The question made me wonder about our webinar recordings, where I found that the one Frank Poggio and the late Vince Ciotti did in 2014 about Cerner acquiring Siemens Health Services has drawn 8,700 views, including one from me today as I enjoyed hearing Vince’s voice again.

HIMSS22 starts in 116 days. Early bird in-person pricing of $895 is good until January 10. I’m still waffling on whether it’s worth my time and money to attend, so I haven’t registered or booked a place to stay. You? 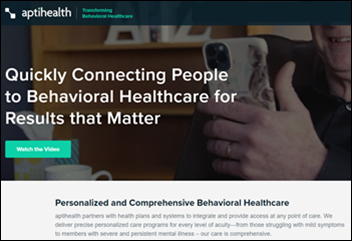 Aptihealth, which matches health plan and health system customers with behavioral health providers, raises $50 million in a Series B funding round. 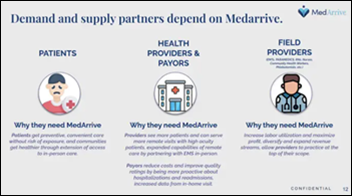 MedArrive, which offers at-home care from licensed professionals such as paramedics as an adjunct to virtual visits, raises $25 million in Series A funding. Co-founder and CEO Dan Trigub spent short stints at Uber Health and Lyft before starting the company last year.

Precision medicine vendor Tempus announces that eight institutions are live on integration with Epic’s genomics module, which embeds Tempus test ordering and genomic data delivery into existing clinical workflows. The companies say that integration timelines will be reduced from months to weeks in 2022.

CVS will close 900 of its stores over the next three years, nearly 10% of its total, as online shopping has reduced customer demand for near-home convenience and the additional of in-store health services creates new demands for layout and location. 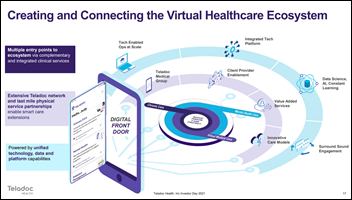 Teladoc’s investor day presentation predicts that consumers will expect virtual-first encounters whose quality equals in-person ones and that offer them a variety of coordinated care services. The company says it has evolved from fee-for-service video visits and will become a partner with its customers in offering whole-person care at under value- and risk-based arrangements. It says it will be “the first place consumers turn to for all healthcare needs” for “whole-person care that is personalized, convenient, and connected.” TDOC shares dropped 8% on the day and have shed 25% in the past 12 months, with the company’s market value being $20 billion versus the $18.5 billion in cash it paid to acquire Livongo in late October 2020.

Ochsner Health hires Denise Basow, MD (Wolters Kluwer)  as its first chief digital officer. She has been president and CEO of Wolters Kluwer’s clinical effectiveness business unit for six years and was previously with UpToDate, which was acquired by Wolters Kluwer Health in 2008, since 1996.

The UK’s NHS chooses 46 companies to provide digital document services and related hardware and software. Among those named for the nearly $7 billion program are Nuance, Conduent, Hyland, and 3M MModal.

HIMSS creates a certification program in digital health transformation strategy, with CPDHTS joining its existing offerings CPHIMS and CAHIMS. Cost ranges from $1,099 to $1,399, while the two-year renewal requires 45 clock hours of continuing education and a payment of $299 or $399.

A review of the de-identified Cerner EHR records of 490,000 COVID-19 patients finds that the use of SSRI antidepressants was associated with a 28% lower relative risk of death.

Three entrepreneurs, including Ricky Caplin (The HCI Group), form The Aurora Forge, which will grow seed-state healthcare and government technology companies and donate the majority of its profits to charity. Several health system CIOs are among its advisors.

The US Coast Guard finishes its deployment of Cerner as part of the DoD’s MHS Genesis project.

A retiree from Vietnam who was stranded in the US for 18 months because of the pandemic is stuck with a $38,000 emergency glaucoma surgery bill even though the daughter he was visiting had bought him traveler’s medical insurance that had preauthorized the procedure. The insurer declined to pay, saying that his condition was pre-existing even though it hadn’t been previously diagnosed. His only income is a $260 per month pension. The man’s daughter, who had bought him plane tickets home on 14 flights that were eventually cancelled, may be on the hook to pay his bill even though he was finally able to return home because of California’s filial responsibility laws.