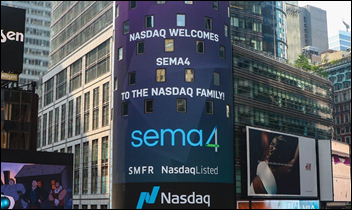 Clinical data and genomic platform vendor Sema4, a Connecticut-based venture of Mount Sinai Health System, goes public via a SPAC merger at a valuation of around $3 billion.

A health IT connection is President and COO Jamie Coffin, PhD, whose history includes time with Dell and IBM.

From Exit the Kraken: “Re: HIStalk fan club on LinkedIn. Seems like a lot of company promotion going on there.” Some of the HIStalk “fans” use the group to pitch competing sites or advertise their non-supporting companies in a way that seems distasteful, but I guess that’s the nature of PR-seeking LinkedIn users. I’ll take it as a compliment that my readership is larger and more influential to the point that folks abandon their pride in an attempt to reach it.

Poll respondents expect Amazon to be the strongest healthcare market participant in the tech world, although I probably shouldn’t have listed it among pure tech companies since their competitive advantage mostly lies elsewhere. Eddie T. Head throws down the “you heard it here first” gauntlet in boldly speculating that the winner will be Oracle after they buy Cerner.

New poll to your right or here: Who is most responsible for the VA’s Cerner rollout challenges?

I didn’t get many responses to my inquiry about folks who had planned to attend HIMSS21 but recently changed their mind, which may or may not mean that there aren’t many of them. A couple of folks say their employer has banned travel, a mom who is breastfeeding her new baby and would have had to bring them along says it’s not worth the exposure given the rise in the Delta variant, one says they fear being infected even with vaccination even though it likely wouldn’t be fatal, one is under UK travel restrictions, and one says they won’t give personal information such as vaccination status to HIMSS. 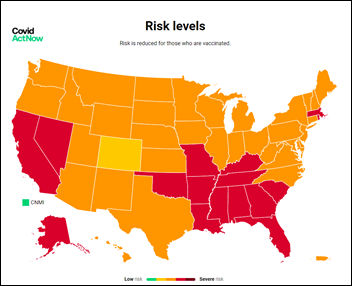 Meanwhile, hospitals in Las Vegas – along with those in other low-vaccination states like Missouri, Florida, Louisiana, and Arkansas — say they are straining with high numbers of COVID-19 patients, most of them young and unvaccinated. Cases in Clark County have jumped fivefold in the past month and hospitalizations are reaching peaks that approach last year’s summer surge. Only 39% of county residents are fully vaccinated. That number is almost certainly underestimated since it would not include the many visitors who unknowingly take the virus home during its 2-14 day incubation period.

The challenge for HIMSS is that unlike in Orlando, the Las Vegas conference areas cannot be secured from unvaccinated outsiders since hotels were intentionally designed to force people to pass through the casinos to reach conference areas, guest rooms, and restaurants. Still, that incidental contact is unlikely to support respiratory spread, so the danger zone is outside the cordoned off HIMSS21 areas where exposure is extended (bars, restaurants, casinos, shows, etc.) Vaccinated attendees are unlikely to become infected and any breakthrough infections should be mild, but while vaccinated people are less likely to spread COVID-19 to some unknown but likely significant degree, hospitals may decide the risk isn’t worth it for their employees and keep them home. 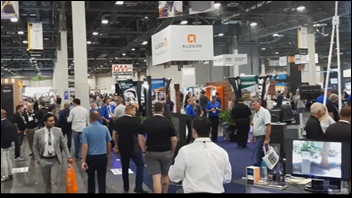 The security membership group ISC West just wrapped up its conference at the Sands Expo & Convention Center (which, by the way, will be renamed to The Venetian Expo on September 2) with about 11,000 attendees – less than half the usual number – so we will see if any superspreading is reported (actually, it’s unlikely to be detected since contact tracing just isn’t done here). That conference did not require vaccination proof or masks – video from there (above) shows basically nobody masked — and instead relied on the usual pointless hygiene theater of obsessively disinfecting surfaces and pushing hand sanitizer after checking temperatures at the door. 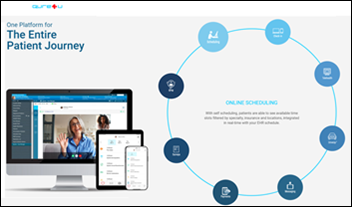 CHIME’s fall healthcare CIO boot camp will be held in San Diego October 23-26. I should interview a freshly graduated participant one of these days since I suspect people who haven’t worked as an IT executive would find the content interesting.

UPMC will pay $2.65 million to settle a class action lawsuit that charged it with failing to protect employee information that was stolen and used in a phony tax refund scam. 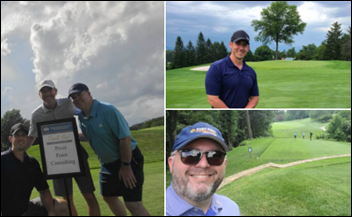