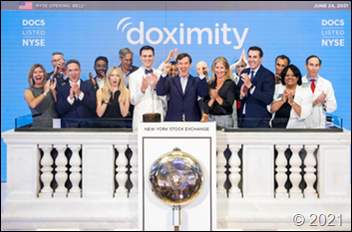 Shares in Doximity, which set an IPO share price of $26 versus the expected range of $20 to 23, close at $53.00 on their first day of trading on the New York Stock Exchange, valuing the physician network vendor at $7 billion.

From Muumuu Summer: “Re: Epic. Are you hearing that they seem to be losing more employees than usual? It seems like they are bringing back a previous break-the-glass strategy by having senior people cover open positions until they can be filled, which can leave clients without a permanent person for months.” Epic clients are welcome to report their experience.

From Watcher of the Data: “Re: Avaneer and blockchain. You are dead right about this. The most amusing part of this is that blockchain won’t ‘solve’ the interoperability problem – it can become useful only once the problem has been solved.”

From Percolator: “Re: Epic’s sepsis model. Cerner has a free one that gets little use, and the company has had trouble selling models for other conditions. Every condition needs to be mapped to hospital work flow – who do you alert and how, and what is the recipient supposed to do? These models add little incremental value because (a) doctors are already very good at detecting sepsis and starting antibiotics, and (b) 90% of sepsis is community acquired before the patient is admitted. ‘Watch this patient more closely’ is not worth much, especially if doctors and nurses already suspect sepsis.” Thanks. I’ve removed identifying information since I wasn’t sure this comment was intended for public display.

From Ossify: “Re: Epic’s sepsis model. Why should anyone care what the algorithm does as long as it works?” You wouldn’t want to harm someone, either by overtreating or undertreating, because a software model was trained on a bunch of data and “learned” from facts that are clearly irrelevant or not universally applicable. Example: Epic developed a patient no-show model awhile back that incorporated the patient’s religion and body mass index in predicting whether they would show up for appointments, and researchers found that removing those features didn’t reduce the model’s predictive powers but eliminated some inequity issues. Did Epic really think those factors were relevant, or was their data science knowledge insufficient? Then there’s the “what do we do with this” issue – should appointments be double-booked in case those patients really do skip their appointments (and what happens if they don’t?) or perhaps could the information be less invasively and more constructively used to send reminders or to understand that particular patient’s possible issues with venue location, transportation, or available hours that could be resolved by suggesting a different location? AI is amazing for being able to detect data patterns that humans haven’t, but if pitched to replace or even enhance expert judgment, it’s the customer’s job to make sure that the algorithms work in their particular situation. I’m not sure the average health system has the expertise to make those evaluations, so that’s why outside review is a reasonable recommendation.

From Bagna Cauda: “Re: mental health apps. Which ones are best?” I’m skeptical that any of them accomplish much given the lack of peer-reviewed studies on their outcomes. FDA seems to lack interest in holding their developers accountable even when they are clearly being pitched for use in medical or psychological situations. It doesn’t help that psychological counseling itself may have outcomes that are hard to prove. Lastly, the nature of these behavioral health app companies is that they are pandering to investors who demand fast growth Silicon Valley style, which means their customers will have minimal human involvement and instead will interact with scalable, cookie cutter technology that offers the opposite of the human interaction that many people crave. It also seems that some vendors expect users to stop paying once the limited value of the app becomes clear, so they refocus on selling to employers and insurers (healthcare excels at separating the people who consume a service from those who pay for it).

June 30 (Wednesday) 1 ET. “From quantity to quality: The new frontier for clinical data.” Sponsor: Intelligent Medical Objects. Presenters: Dale Sanders, chief strategy officer, IMO; John Lee, MD, CMIO, Allegheny Health Network. EHRs generate more healthcare data than ever, but that data is of low quality for secondary uses such as population health, precision medicine, and pandemic management, and its collection burdens clinicians as data entry clerks. The presenters will review ways to reduce clinician EHR burden; describe the importance of standardized, harmonious data; suggest why quality measures strategy needs to be changed; and make the case that clinical data collection as a whole should be re-evaluated. 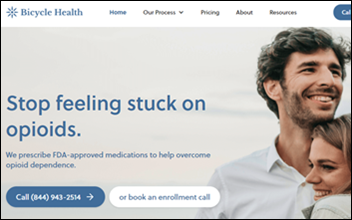 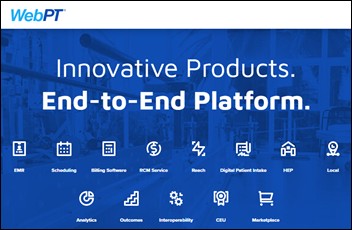 WellSky-owned CarePort announces a care coordination solution for ambulatory providers, which will allow them to connect patients to home- and community-based organizations directly from their EHR and to maintain two-way communication during the referral process.

3M will establish a Digital Science Community in Dublin, Ireland, employing 100 people to do R&D work for its HIS division. 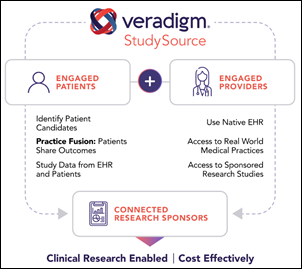 Texas Children’s Pavilion for Women launches PeriWatch Vigilance in Malawi, with the fetal monitoring system being provided at no charge by PeriGen.

Omny Health develops a de-identified EHR data repository for dermatologic pharma research, offering the data of 7.5 million patients that was collected from 1,000 dermatology providers. The company announced GA of its anonymized data research platform in early May. Co-founder and CEO Mitesh Rao, MD, MS was Stanford Health Care’s chief patient safety officer through 2017 and remains an emergency medicine professor at the Stanford University School of Medicine. 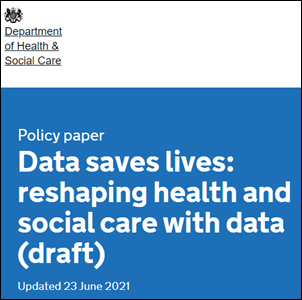 England’s NHS publishes a draft data strategy that outlines NHSX’s use of data to give patients better access and control, to allow systems to share records, and to support research. It calls for the NHS app to allow patients to review test results, medication lists, procedures, and care plans and to be able to manage appointments, refill prescriptions and contact health and care staff. NHS also responded to concerns about its data-sharing plans by committing to publish a health data transparency statement by 2022.

Epic spokesperson Barbara Hernandez responds to the study in which Michigan Medicine researchers found that its sepsis alerting tool performed poorly, leading the authors to urge health systems to review the inner workings and past performance of such algorithms before using them in patient care. Epic’s points: 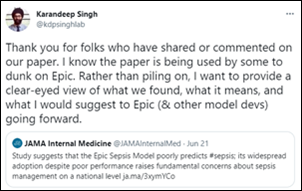 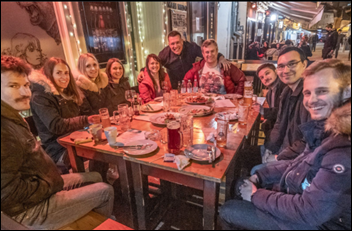