I have experience with Dell offshored health IT staff. All I can say is that you get what you pay for. If you want to pay 1/4 for folks that really don’t understand what you are getting at and then re-do it because of said lack of comprehension, then it’s a good model. Half my job is interpretation between clinicians that have needs but don’t really “get” the system, and the techies who can’t grasp why solution XYZ won’t fit the needs of that clinician. Add a foreign culture and language in the middle, and it’s complicated. (PennyWisePoundFoolish)

Why would we let anyone else dictate anything around our patient experience? We required the tele platform to give us a webpage that we host and can then use it to serve up our own patient educational material and other messaging. Plus, we actively monitor to ensure that the patient isn’t spending any meaningful time on the “waiting room” page. Patient experience has to be valued and protected! (DA)

I don’t think consumer driven is even needed, just competition. For a starting point, the ACA exchange in New York State is as competitive as the health insurance marketplace can be. There is even a pretty legally simple model to scale it up. Take away tax subsidies for employer provided healthcare, make any healthcare benefits transferable to the exchange (like the Harris plan), then provide large income based subsidies for purchases on the exchange. Low wage employers will jump at the chance to shift the healthcare responsibility into the state. High income earners and unions won’t fight it since it is providing another option for them rather than taking something away. Employers will eventually stop offering core health insurance as a benefit and everyone will purchase their plan on the market. It isn’t the best outcome ever but it is competitive and it is achievable. (IANAL) 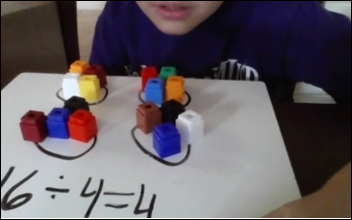 Readers funded toe Donors Choose teacher grant request of Ms. H, who asked for math flashcards and unifix cards for her third-grade class in the Central San Joaquin Valley of California. She reported in November, “This 20 year veteran teacher became a first year teacher all over again this year through the implementation of distance learning. This has been the most challenging time in teaching that I have ever experienced. One of the biggest hurdles I’ve had has been finding creative ways to engage children in online learning. Any teacher worth their salt knows that math manipulatives are a key component to a successful math lesson with young children. The stackable counting cubes that I was purchase with your donation have been such a gift. The kids love having something familiar and fun to ‘play’ with and I love that we have been able to use the cubes to teach place value, regrouping, and now multiplication and division. I also love that it allows the kids to handle something besides their computer for a little while.”

Joe Rogan, who was accused of being reckless in telling tens of millions of his podcast listeners that young, healthy people don’t need to receive COVID-19 vaccine, clarifies that he is not qualified to offer medical advice: “I’m not a doctor. I’m a f_ing moron.” He says he’s aware that the vaccine protects other people as well as the recipient, but says “that’s a different conversation.” 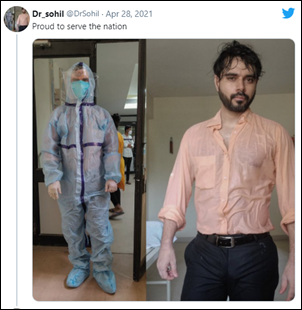 A doctor in India urges people to get vaccinated while showing the sweaty effect of wearing PPE for 15 hours of rounding.

A nurse sues Normal Regional Hospital (OK) for firing him for posting on Facebook that a black murder suspect should be hung. The nurse says he isn’t a racist, and in fact some of his best friends are black, and that he was fired because he’s a Republican.

In Texas, the mother of a two-year-old girl who has been hospitalized for most of her life with a heart condition wages a legal battle with the hospital over stopping care it says is futile because she will never recover. The state has spent $24 million in Medicaid funds on her hospitalization.

The New Yorker describes the lonely job of medical interpreters, who work from their homes in translating conversations often involve end-of-life decisions related to COVID-19, sometimes with patient family members who live in other countries. 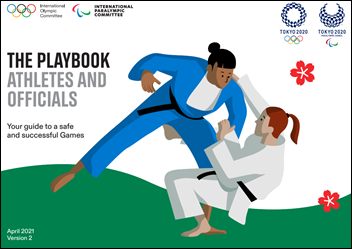 The government of Japan responds to the concerns of a nurse union about the medical resources that will be consumed by the daily testing of athletes in the 2020 Summer Olympics in Tokyo, whose year-delayed start is July 23. Japan has vaccinated just 1% of its citizens and 75% of residents don’t think the Games should be held this summer. Officials will decide in June whether spectators will be allowed.